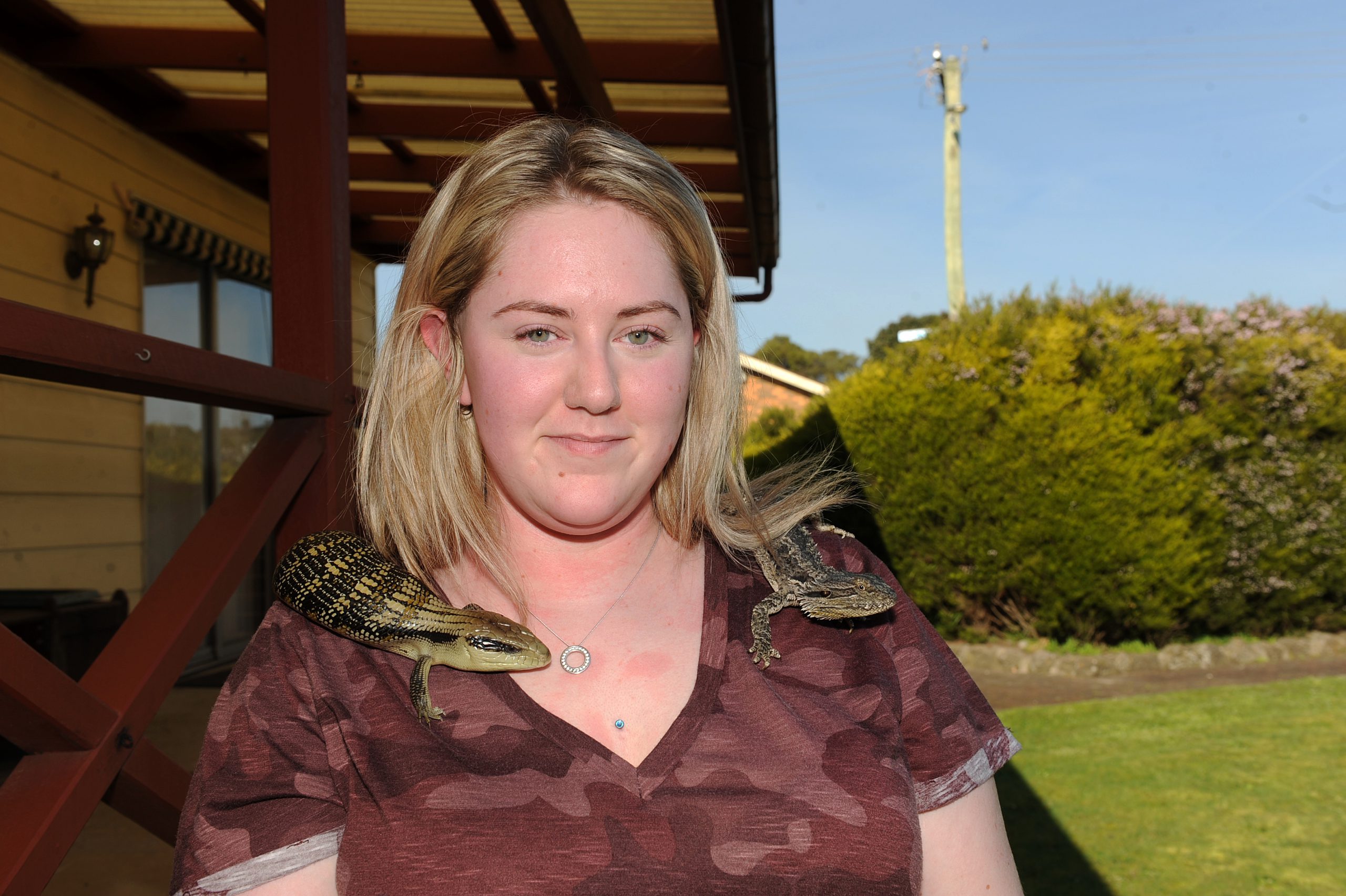 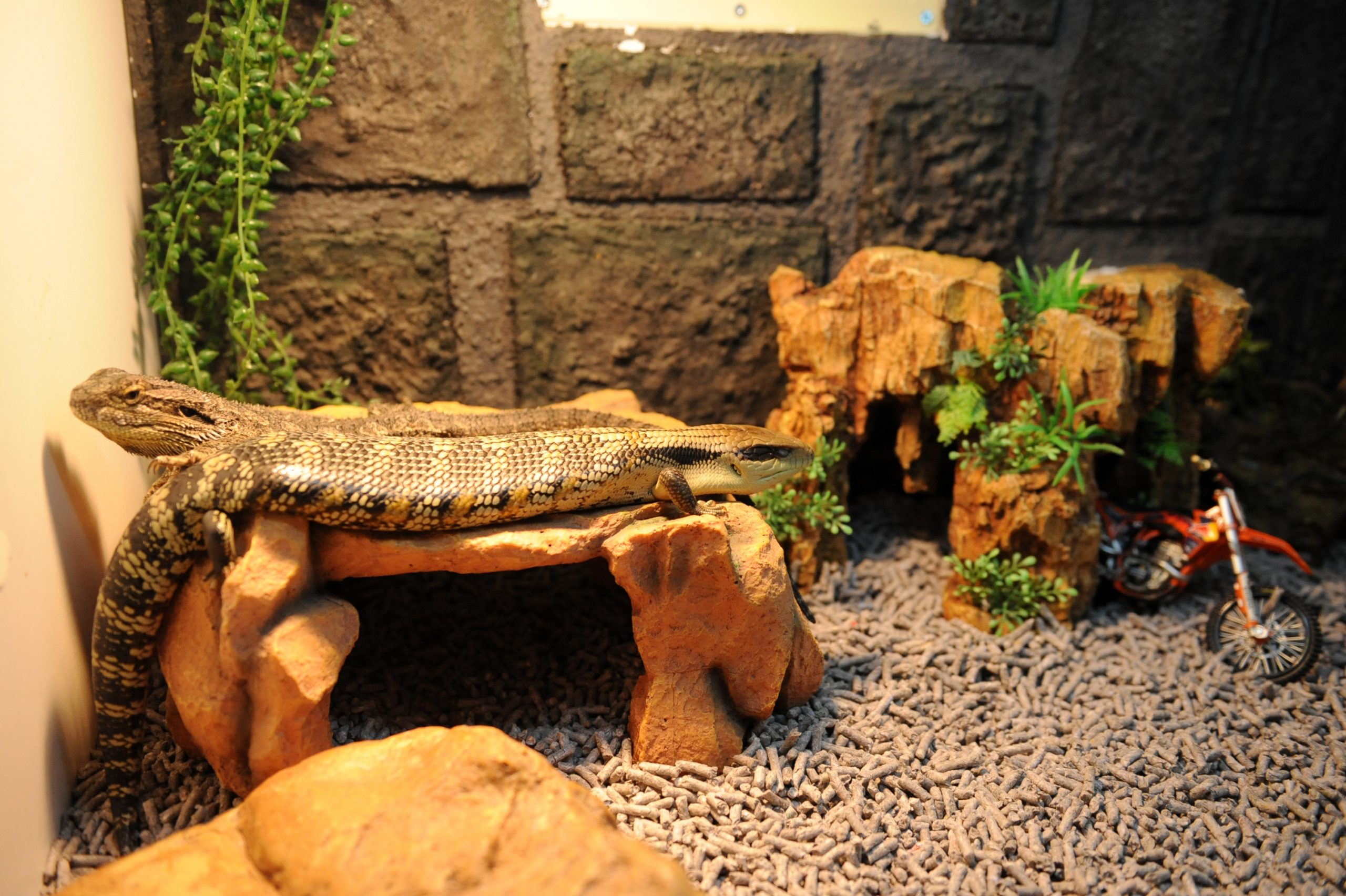 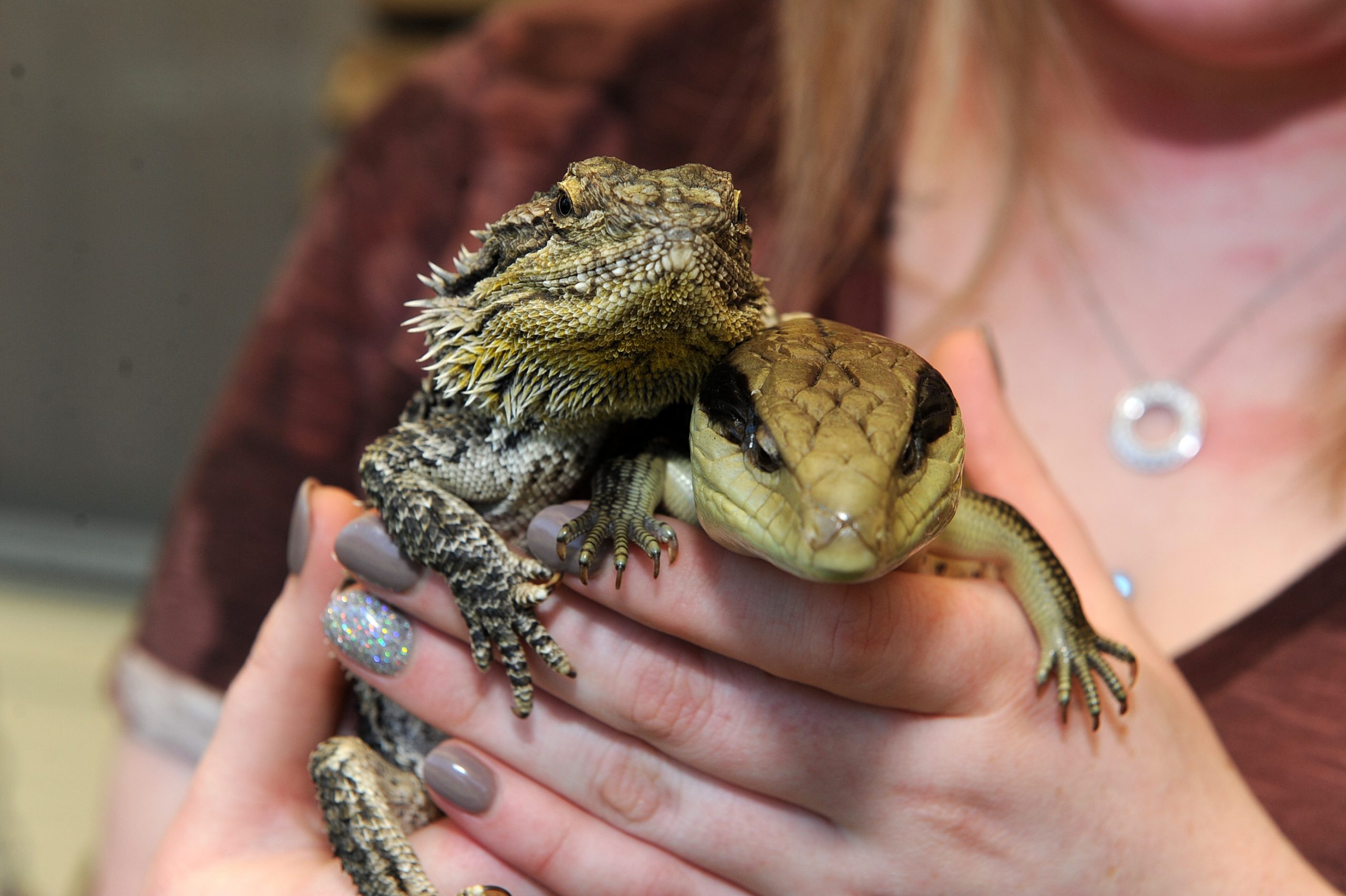 Courtney Broadbent admits she isn’t like the average pet owner.

“I’ve always liked them and played around with skinks and that sort of stuff when I was at school.”

The Newborough resident is the proud keeper of two lizards – Reiki the blue tongue and Ninja the bearded dragon.

The pair have been spending their days sleeping and lazing on their favourite rocks under the warm lamp in their enclosure but are now back to doing what they love most.

“In summer I have a pool for them and they love it,” Courtney said.

“Ninja actually loves swimming. He puffs his belly up and swims around the pool.

“They love baths. I actually put them in the bath. When they shed their scales is when I bath them most.”

Ninja and Reiki also have to contend for attention with the household dog, but unusually, Courtney said they aren’t bothered by their four-legged sibling.

“I bought one of the dog play pens for them and if I’m cleaning I just leave them outside in that and they do their thing,” she said.

Courtney’s penchant for reptiles isn’t limited to lizards either, and she is eyeing off some new additions to her enclosure.

“Next on the cards, I think I want to get a gecko,” she said.

“I’d have snakes if mum would let me but I’ll have to wait until I move out.”

The Express is looking for passionate Latrobe Valley pet owners who would like to tell the story behind their pets and why they matter in their lives.If you would like your pet to feature in a future edition of this weekly column, email news@lvexpress.com.au with ‘You and Your Pet’ in the subject line.