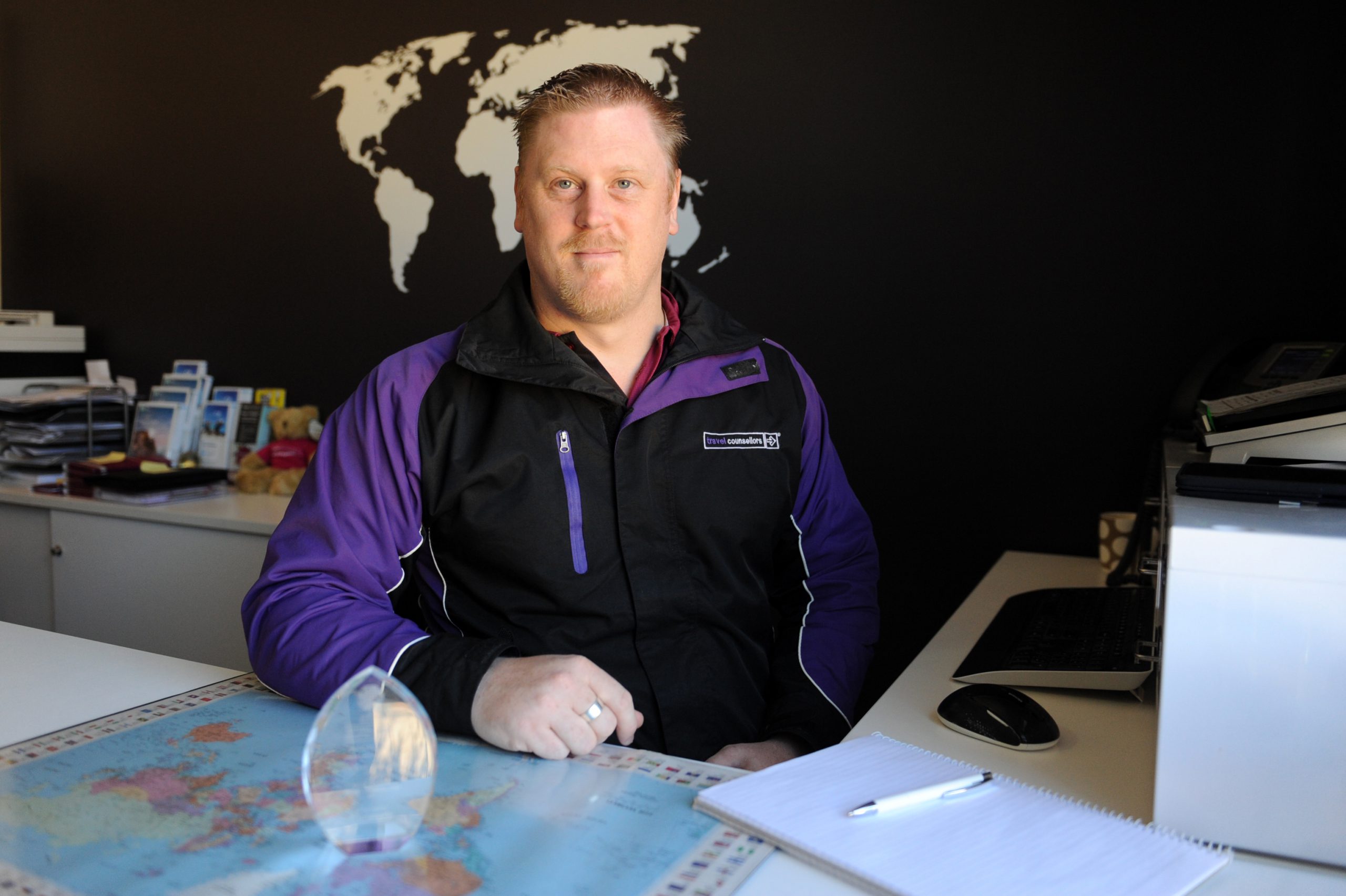 Matt Schmitz is used to sleeping with his landline and mobile phones next to him.

One time he got a call from a couple travelling in Rome who needed some documents sent through to claim for insurance as one of them had a fall.

Recently he found himself in the home of an 87-year-old lady who had just lost her husband and needed assistance packing her luggage.

Other times Mr Schmitz would spend hours sitting in the home of a newly-wed couple and discussing their honeymoon travels.

It was this personalised approach to customer service that recently saw this 33-year-old travel agent from Churchill named as one of five finalists in the prestigious National Travel Industry Awards by the Australian Federation of Travel Agents.

More than 1000 nominees vied for the 37 categories to honour the best travel agencies around Australia.

Mr Schmitz said the way the contest goes is through a “knockout process” where nominees were shortlisted to the top 15 who faced a panel of judges comprising of well-known personalities in the travel industry.

The 33-year-old Churchill resident spent 30 minutes presenting his business model and convincing judges why he should be judged the best retail consultant in the country.

“I suppose from being [someone] from a little town the winner was from Sydney and she’s in a really big travel agency there. For me being a one-man band in a small area getting to the top five is such an achievement really,” he told The Express.

He said his personalised approach to customer service was key to getting the much coveted award for a travel agent.

“I do know it’s the way of the future,” Mr Schmitz, who studied tourism and worked both in local and overseas travel agencies, said.

“What prompted me [to start the business] was there’s a lot of people out there who can’t make it to office hours appointments so I realised there’s a big market out there,” he said.

“Most of my customers end up more like friends and you talk to them like a friend rather than a customer.”