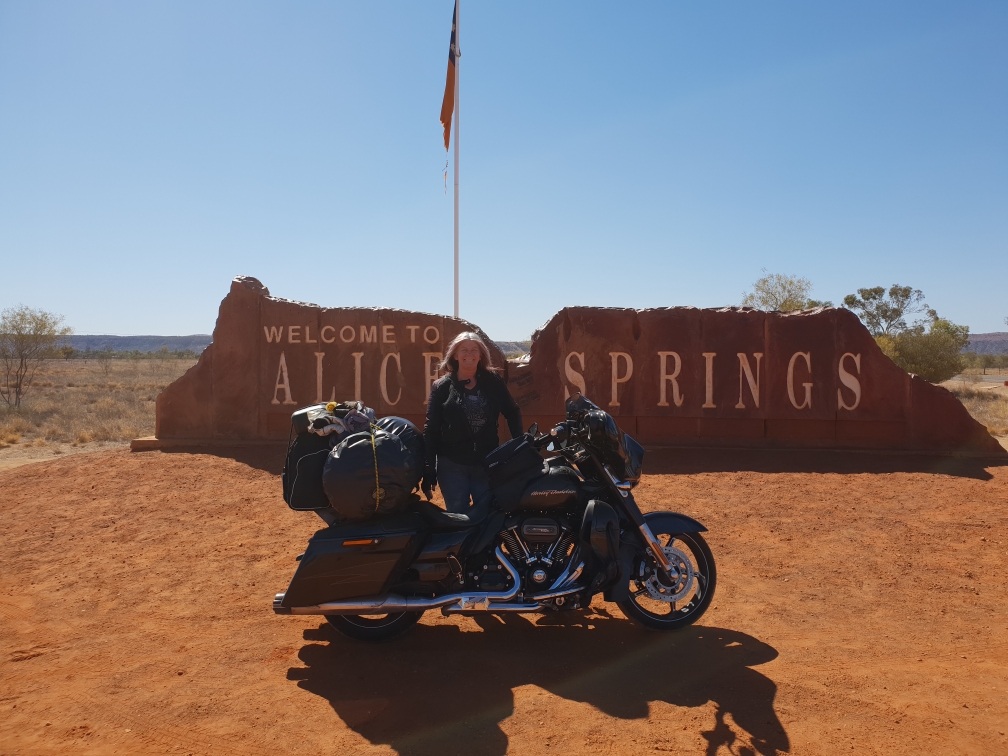 When telling some of her fellow motorcyclist friends about her planned solo ride around Australia, Traralgon resident Janette Mann was met with comments like “geez, you’re game”.

Though not one to back down from a challenge, the 57-year-old wasn’t in it for herself.

“I was always going on the ride,” she said.

“But before I left there was a lot of publicity about the girl that was murdered in Melbourne. There were also a couple of recent murders with domestic violence situations which hit a bit of a raw nerve for me.

“So I decided to turn the trip into a fundraiser. I wanted the trip to count for something.”

Ms Mann completed the 30,756 kilometre ride in 89 days, describing the route as a big figure eight with a few extra bits along the way.

“I went up the east coast, Cooktown, then I went across the top to Darwin, across to Broome, down the west coast,” she said.

“Along the way I did Kakadu. I went 2000 kilometres inland and into Adelaide, back around through Mt Isa, down to Lightning Ridge and Broken Hill, back to Adelaide and back home.”

Ms Mann said she met some “great people” who opened their homes to her along the way and said she was able to raise about $4000 for White Ribbon, an organisation that works to prevent violence against women.

“I also spoke with many women who had been victims of violence [on the trip] which was quite heartening,” she said.

“You don’t realise how common the problem is.”

Ms Mann, who has been riding since she was a child, said riding was like therapy.

“If you have a problem, you get on your bike and go,” she said.

“A trip like that is fairly life changing. It changes your attitude.

“Even coming home, when I hit Melbourne I had tears in my eyes.”

Ms Mann was met by 30 bikes from the Gippsland chapter of the Hogs when she reached Yarragon and they rode in together on grand final day for a barbecue at Harley Davidson, Traralgon.

“That was very, very emotional, just to have that support and know that there was so many people behind me,” she said.

While the trip was difficult at times, with the long stretches of road proving to be a test of concentration, Ms Mann said she had wanted to show others that “you’re never too old” to do challenging things.

“There is a lot of older women especially who say ‘I’m too old’. They’re not. You’re never too old.”

Ms Mann thanked the Gippsland and North Melbourne chapters of the Hogs, Harley Davidson Traralgon and all who donated to White Ribbon.