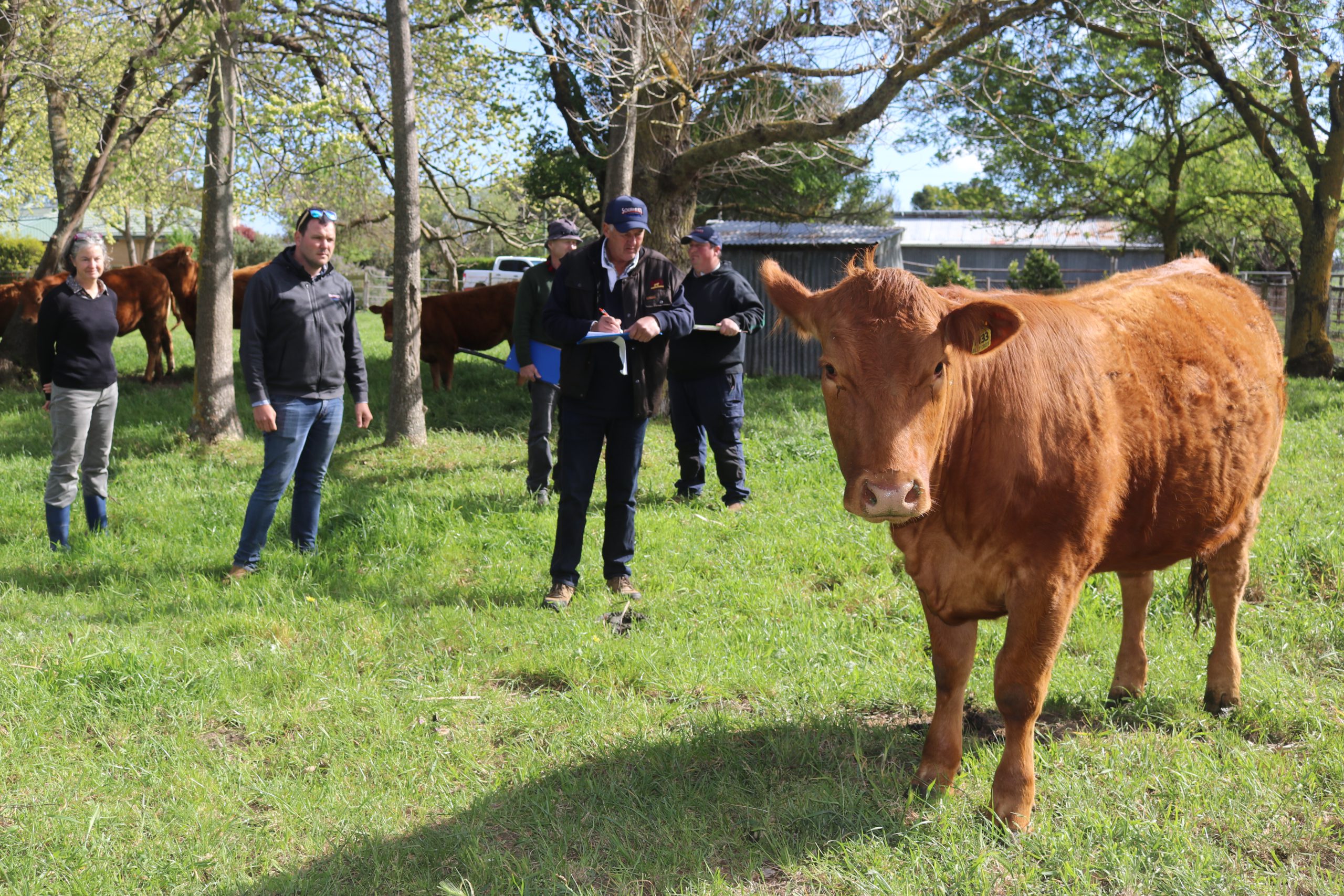 Gippsland beef producers proved they were breeding some of the best cattle in Victoria by taking out top awards at the inaugural Victorian Limousin Breeders Group on-farm challenge.

Hazelwood North stud Billy Creek Limousin won three classes including two heifer and a senior female award, from more than 150 cattle entered from across the state.

Stud owner Deb Reynolds said the on-farm challenge provided a great opportunity for breeders to get expert feedback from a top judge without primping up their animals for the show ring.

“Our winner of the senior champion female was a 12-year-old cow with her 10th calf at foot, providing a prime example of the fertility and longevity of the breed,” Ms Reynolds said.

“There are a lot of quality cattle that don’t go to shows, and this helps us select breeding animals and genetics that Limousins are known for.”

Other Gippsland Limousin studs to do well were Lardner Park breeders Sharoy Park, Laverna Park near Wonthaggi and Lara Limousin from French Island.

An on-farm challenge allows judges to cast their eyes over a breeder’s best animal in the paddock, mud and all, without the expense of the show ring.

Ms Reynolds and her husband Mark established Billy Creek in 2005 and said the on-farm challenge would help lift the French breed’s profile.

She said the well-muscled breed did well in the market and lifted the value of vealers when bred with milking cows.

“Limousins are not that well-known. They cut well in meat. Butchers prefer them and they have good longevity,” she said.

Judge Peter Collins said he was impressed with quality of Gippsland cattle and said they stood-up with the best in Victoria.

“This is fantastic. I couldn’t be happier. They are quiet, structurally sound and well muscled and have plenty of meat on them,” Mr Collins said.

“This stud has some really good females and I’ve seen lots of good cows across Gippsland.”

Victorian Limousin Breeders Group chair Shane Hohnberg said he was pleased with the response of breeders entering the challenge but encouraged more studs to get on board next year to promote the breed.

He said the event allowed breeders to get to know one another and actively participate in the industry.