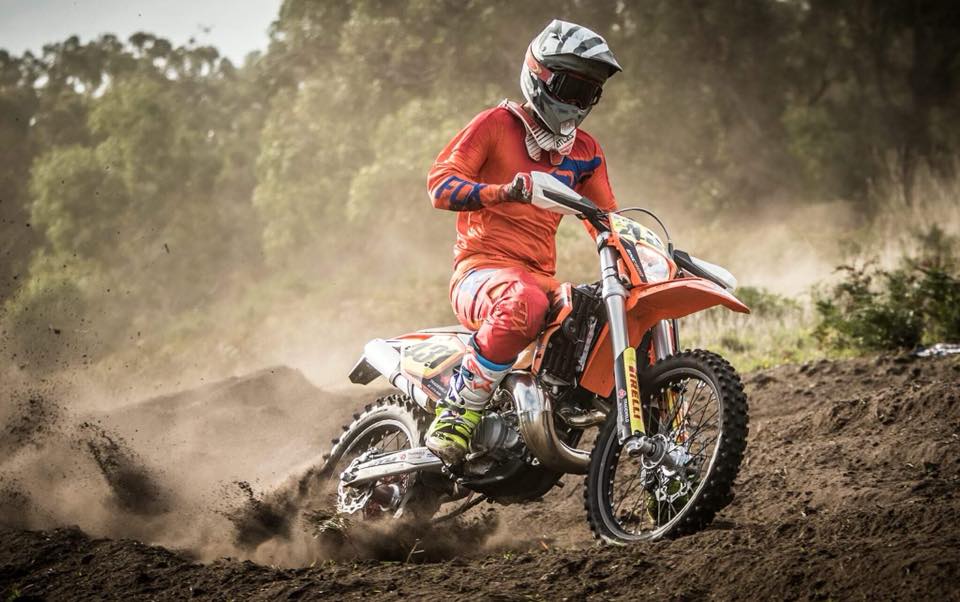 While it might be a “fun weekend away with mates”, competitive off-road motorcycling is certainly no holiday as winners in their respective classes at the Victorian Off Road Championships Lachlan Skinner, Billy McCulloch and Nick Graham will testify.

During racing season, which runs from about March to October, the local boys are competing or training almost every weekend.

The hard work has paid off though, as 19-year-old Skinner took out the title for E1 expert class, 17-year-old Graham won the under 18 A class and 16-year-old McCulloch won the under 18 B class at the state championships.

Making his debut into the expert class, Skinner’s victory came as somewhat of a surprise to him.

“I was definitely surprised [to win] given the fact it was a big step up,” he said.

“I’ve worked hard to get up to that level and trying to maintain that level.

“It was stressful and mentally challenging but it was definitely a big surprise to finish on top.”

Off-road racing isn’t Skinner’s only speciality, and he has been training for and competing in desert races this year, which he described as one of the “scariest things I’ve done”.

“With desert racing again, it was hard to train while you’re doing a different discipline,” he said.

“[It is] so fast and riding is so much different to the Victorian Off-Road.

“It is super dangerous, cause you’re getting up to 150kmh through desert.”

Lavalla student Graham has been racing in off-road events for four years and was pleased with his results this year.

“We don’t stop training all year. You get to the races and see how it all pans out,” he said.

“It’s been a good effort we’ve put in all year and it has finally paid off. It’s been four years in the making.

“Hopefully I’ll go for the top 10 next year … and top 50 in the Huttah desert race and keep having fun with it.”

While McCulloch has been riding for a “long time”, the Yinnar South resident has only recently started competing.

“[Racing] is a lot different from what I used to do. Physically, it is a lot harder, the tracks are a lot more beaten up than what you ride around on at home,” he said.

“I got into it from a mate, I’ve been riding a long time and I had a few mates that were into it, so I decided to have a crack.”

Expert races can last for up four hours, however, McCulloch’s races this year were typically two-hours in length. He expects to move to the longer three-hour races next year.

“It takes a lot of training to get yourself fit enough to race for that long,” he said.

“I usually try to train twice a week off the bike, but sometimes

I don’t get that much.

On the motorcycle is always the best training.”