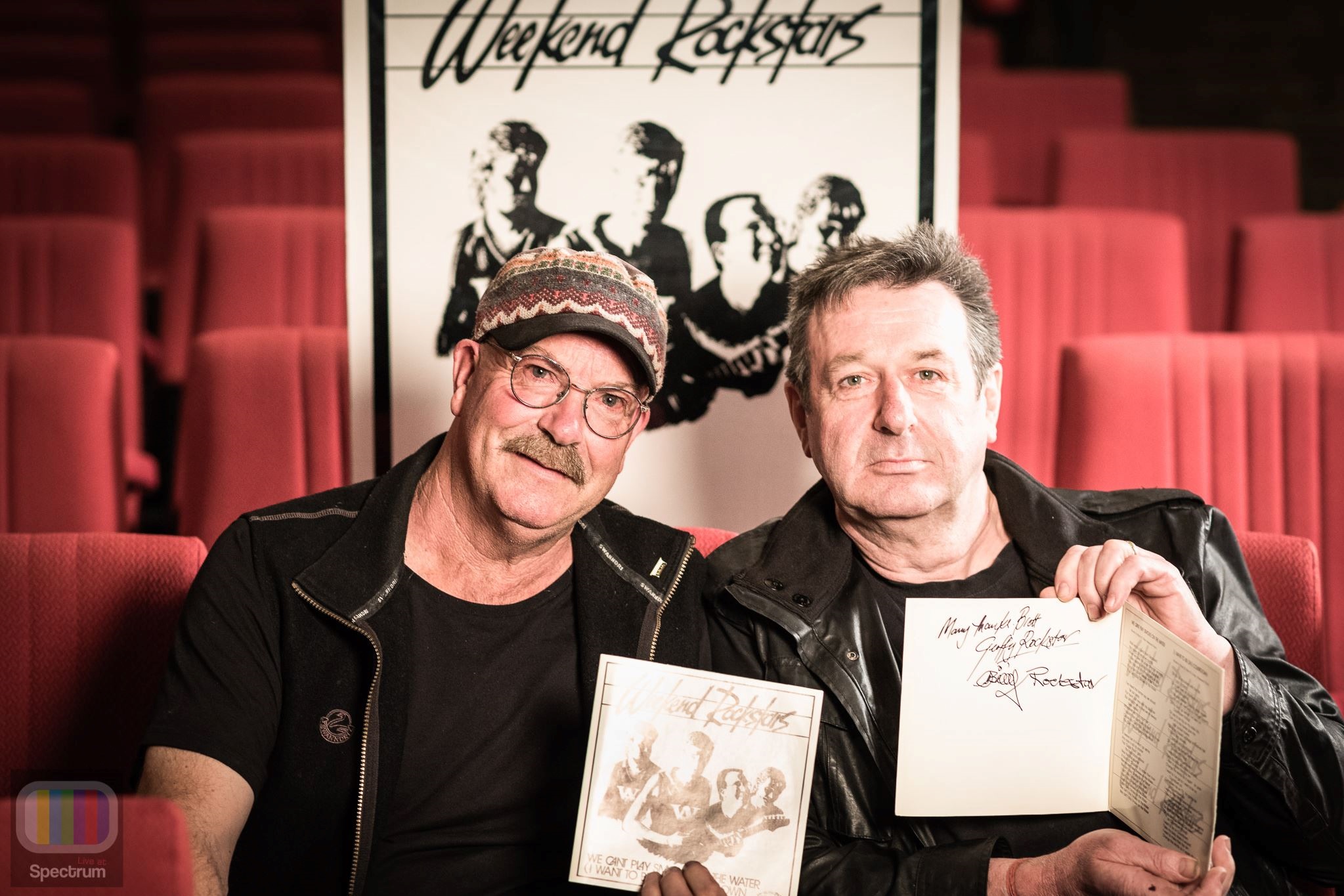 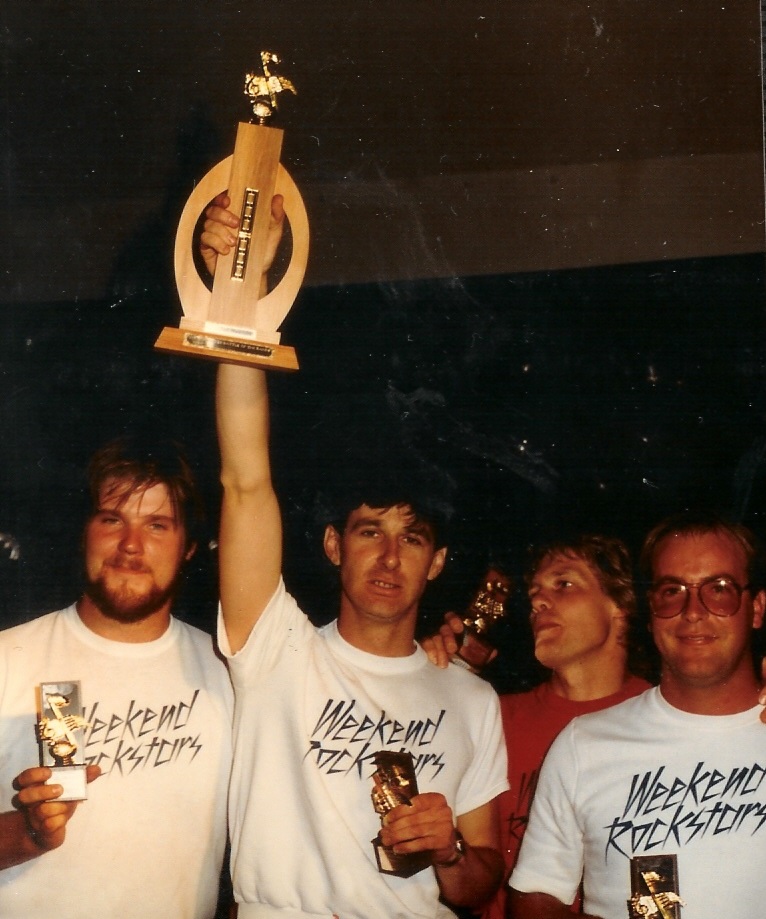 The Sale-based school friends who cracked Melbourne’s music scene in the ’80s in navy and gold cut-off footy jumpers will reform for the 2018 finale of the Traralgon-based television show Live at Spectrum.

Weekend Rockstars’ four members are today split between Metung and Melbourne’s outer east with lives of their own, so finding the time to rehearse for a gig has been “a bit of a logistical nightmare”.

“We only had the one rehearsal [so far] but the most amazing thing was it was like walking into a room 30 years later and muscle memory kicked in; it was like yesterday,” Vermont resident Billy Weir said.

Weekend Rockstars have calculated the performance would be 34-years-and-one-week since opening the 3XY Rocktober ’84 concert at Olympic Park in Melbourne before the likes of Skyhooks and Australian Crawl.

In 1984 they also won 3TR’s battle of the bands and with that confidence, released the seven-inch We Can’t Play Smoke On The Water/(I Want To Be On) Countdown.

Weir explained how with a dip into success, they were increasingly booked into Melbourne venues, which meant more travel and strain on the band.

“The funny thing is we were still all holding down nine-to-five jobs in Sale and surrounding areas and it was really hard work, a lot of fun, but a lot of hard work,” Weir said.

“It was a pivotal time in all our lives. One of us was married, another pretty settled and we were sort of looking around and even some of the big bands we were supporting, it seemed the more successful you were, the more in debt you were.

“Being basically country boys it was all a bit too hard.”

Weir committed to Melbourne, but the rest of the band dropped out one by one.

Today Weir reflects on a different kind of creative landscape in Gippsland.

“It’s quite normal now for a local artist to write their own songs but in our case we were a bit of a rarity and we were up against it so it was an uphill battle for a while,” he said.

“That’s been really good, artists doing their own material, and I think that’s something Live at Spectrum supports.

“I think the one thing, not exclusive to the Gippsland area, is you can sort of become a pop star from your bedroom these days because of the internet and social media but in our day it was kind of like, the only real way for a band to do it is get out and play.” Live at Spectrum will be live at 7.30pm on Sunday, November 4 on its website or on YouTube.

The free show will be at West Gippsland Arts Centre, Warragul.