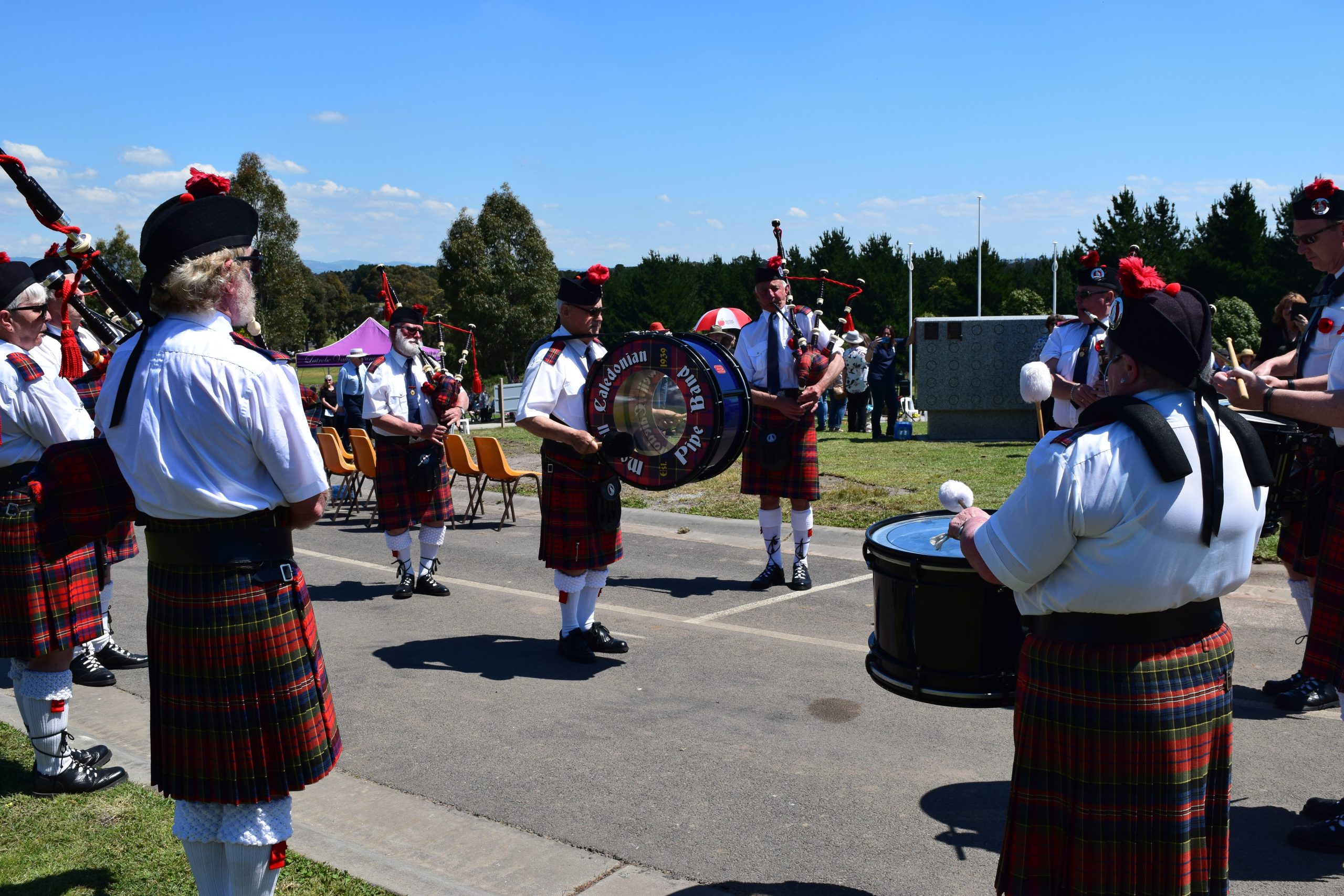 Gippsland Memorial Park was filled with the sound of music on Sunday when a special Remembrance Day service was held at the newly-upgraded cemetery grounds.

The City of Traralgon Band and Morwell Caledonian Pipe band wowed spectators with moving pieces of music to begin the ceremony, which had a distinct focus on the region’s historical connection to the men and women serving in the First World War.

The Traralgon Public Cemetery Trust received a $155, 292 grant from the Latrobe Valley Authority’s community facilitation fund to go towards developing a military and emergency services memorial precinct at Gippsland Memorial Park – part of the precinct, a 15-metre granite wall with a commemorative plaque, was unveiled at the ceremony.

Speaking at the ceremony, trust chair Chris Stammers said the precinct would be a peaceful space that would let community members “honour and remember the brave men and women who have served in the armed forces”.

“Most returned to their families, many with severe physical and mental scars … they continued to make a significant contribution to their families and to the community for the rest of their lives,” he said.

“This space is a work in progress and will evolve over time to best serve the community’s needs.”

Mr Stammers said the City of Traralgon Band, who played at the ceremony, had a strong connection to the local men and women who served in the armed forces.

“In the outbreak of the First World War young men began enlisting to go to service and would inevitably meet at the railway station … and they would leave to start this experience that was just horrendous when you look back and think about what they had to do,” he said.

“The Traralgon Band would be playing at the platform at the station. I can just imagine the emotions of seeing those young men heading off to war and the band playing a very stirring march.

“And when eventually soldiers began to return, the same thing happened … I can imagine the steam engine coming into the station and the soldiers getting off the train and the families wondering what they would be greeted with.”

Mr Stammers said the band would also play when returned soldiers passed away back home, and would march behind the coffin before they were buried.

“That just shows the commitment that the Traralgon Band have provided to those soldiers and the community,” he said.