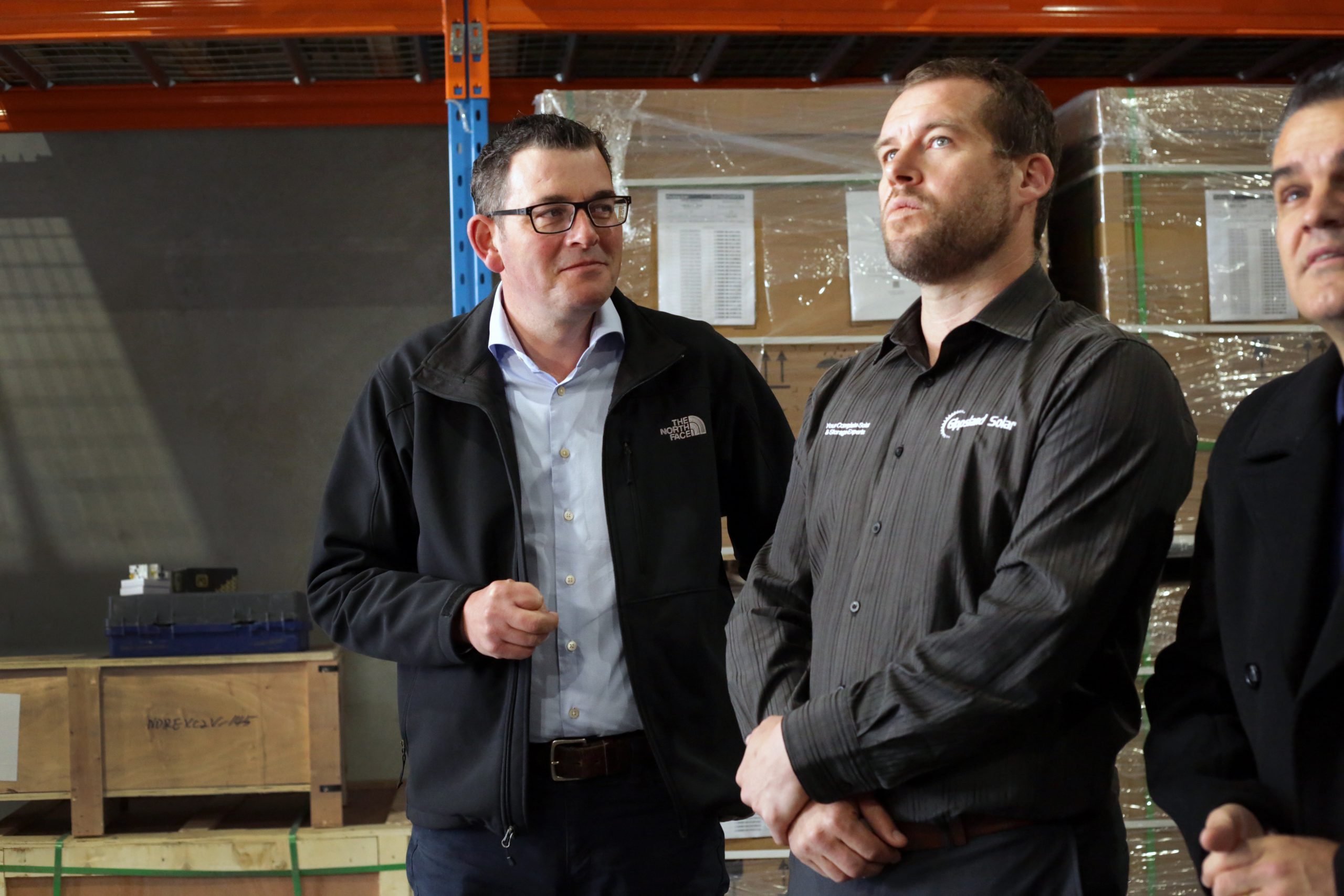 Premier Daniel Andrews announced on Thursday a rooftop solar rebate for renters in the warehouse of the Traralgon East solar supplier bracing to hire more skilled workers amid industry changes.

If Labor is re-elected, 50,000 rental properties will benefit from the government’s solar homes policy.

Renters will enter an agreement with their landlord, and will both pay a quarter of the cost with the rest covered by the government.

“That would mean that they [renters], via that agreement would save the best part of $600 each year,” Mr Andrews said.

“The landlord would of course have the asset which the government and the tenant has helped them to purchase. It’s a win-win for everybody involved.”

The repayments would be broken down into monthly components, which Mr Andrews said would make the scheme work for low-income renters.

“If it works well and I’m very confident that it will, we’ll always reserve the right to go further and we think this is a good and balanced approach.”

This extends the government’s policy announced in August to install half-price solar panels, batteries or hot water systems on 720,000 owner-occupier homes across the state.

The government has received about 11,000 applications already for that policy.

Gippsland Solar managing director Andy McCarthy said it had been “a fantastic few months for the renewable energy industry in Victoria”.

“Now we have the opportunity where we have so much demand for our services that we can afford to create more supply, put on more highly skilled people,” Mr McCarthy said.