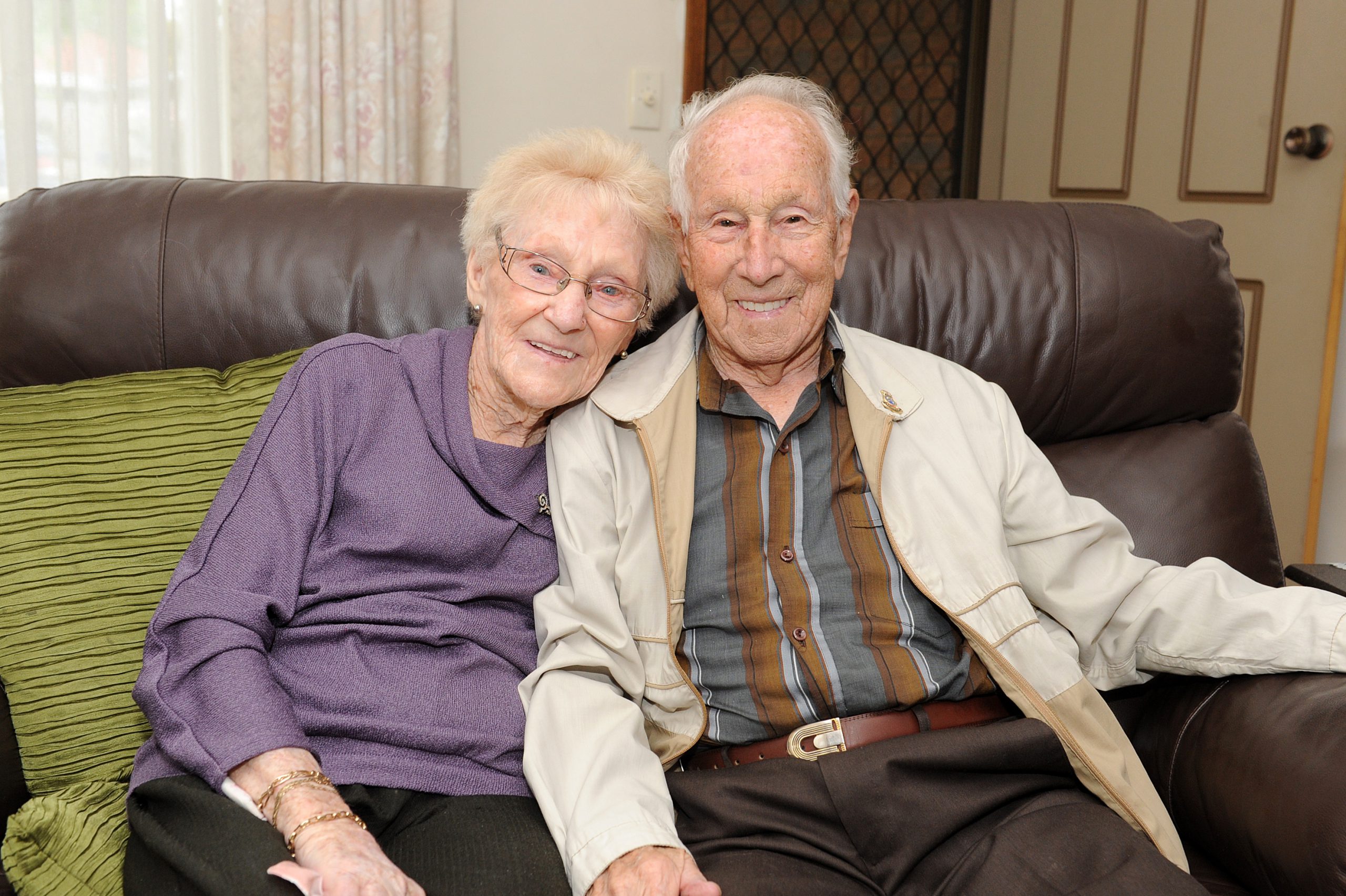 If humour is the key to keeping a marriage going then the Darlings definitely have it.

On Tuesday Jack and Helen Darling celebrated their 70th wedding anniversary, a milestone that is rarely reached.

Their achievement was so special that they received a greeting card from the Queen to congratulate them on the day.

It all started at a weekend dance in Wonthaggi. He was 16, she was 14 and Jack still remembers what his future bride wore to that Saturday night dance.

“It was a green dress with buttons all [the way] down the back,” he recalled.

It was love at first sight for both of them.

“He asked for a dance and it went all night,” Helen said.

Jack was living in Inverloch and on Wednesday afternoons he would ride his push bike and travel 12 kilometres to see Helen in Wonthaggi. At just 14 she was the youngest worker at a ladies’ clothing factory.

“I just cycled into Wonthaggi and hoped that I would run into her which I always did as I waited for her to knock off,” he said with a laugh.

Five years later the two were married at the Wonthaggi Presbyterian Church with Jack having already served two years in the navy.

The Darlings had three boys, all of whom landed jobs at the State Electricity Commission when the family moved to Morwell in the 1960s.

So what attracted Jack to Helen at the young age of 16?

“This is love, it just happens,” Jack said.

The other Helen Darling, the couple’s daughter-in-law who is married to their son, John, said the two always made fun of each other and did things together.

Romance thrives even after 70 years of marriage.

A few months ago Jack was listening to music and felt romantic so he took Helen’s hands and asked her to waltz.

“There was really nice music [playing so] I got her up for a bit of dance and then tripped over,” he recalled.

“I said ‘don’t ever ask me to dance again,” Helen said.

On a serious note, the Darlings said they had never had any major arguments and always found a way to compromise.