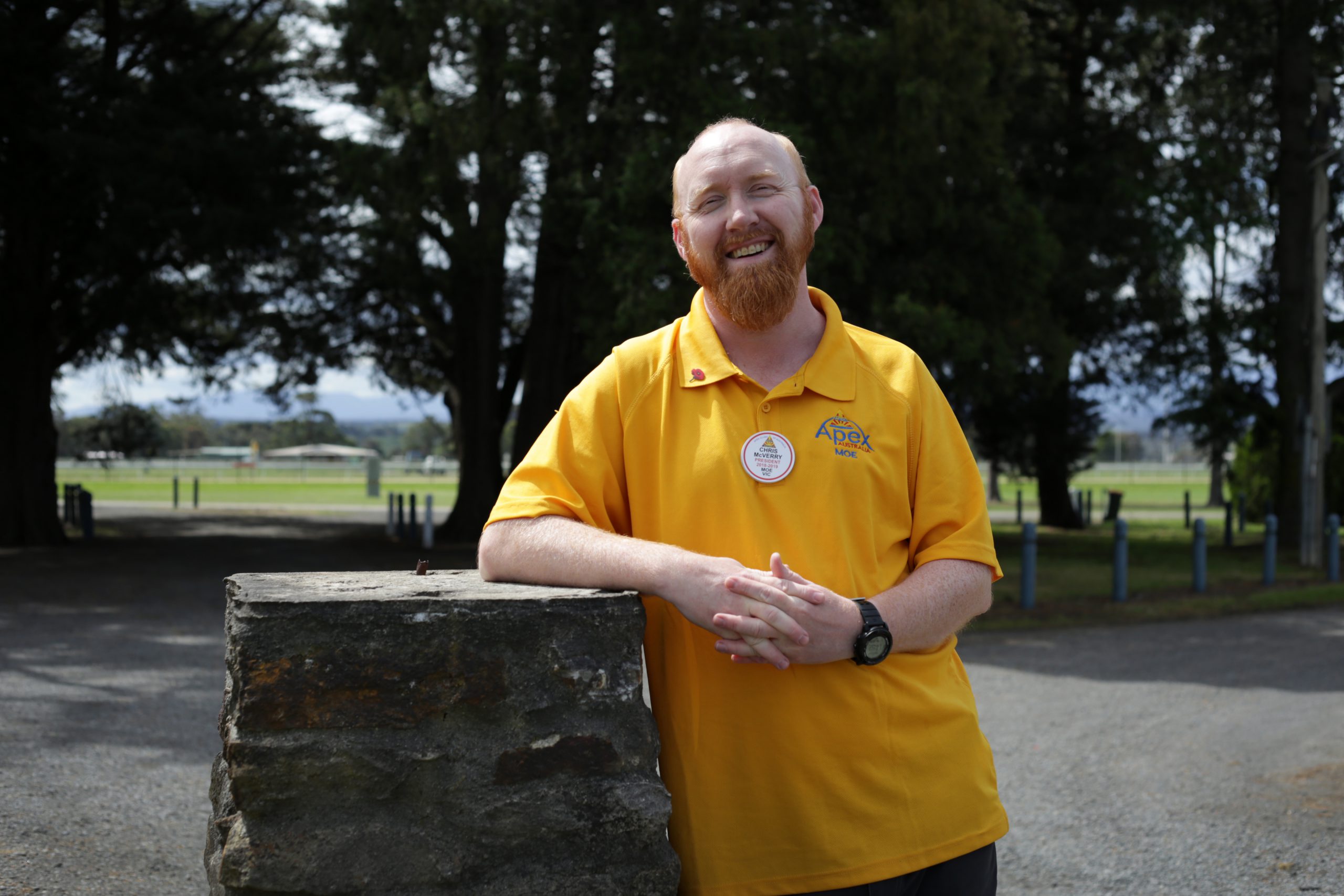 Moe Apex may only have four members but they have managed to keep the fire burning, so to speak.

On Saturday, it will be about the 30th year the club, in conjunction with the Lions Club of Moe, lights up the bonfire which is a central feature of a community carnival.

The late-spring event was originally Moe’s own Guy Fawkes Night, but club president Chris McVerry said over time it became less and less about commemorating the failure of the Gunpowder Plot of 1605.

Interest from local schools waned over the years, but in the past students designed their own Guy Fawkes effigies made out of old clothes and filled with straw.

Votes went to the best or most elaborate Guy Fawkes.

“We reintroduced that not last year but the year before but we only basically got one school interested.”

The size of the fire itself is smaller than it once was, according to Mr McVerry, because the group is conscious of not wasting resources.

“I haven’t got to light it yet … I think last year I was in the drinks van selling drinks when it was lit,” he said.

“Maybe this year I’ll light it.”

Normally a feature of the event is lawnmower racing, but Mr McVerry said hay bales were too hard to come across this year because of the hay shortage.

“We tried to get tyres to do like a racecourse with car tyres. Our issue was then we would’ve had the problem of getting rid of them … and you can’t exactly just chuck them away,” he said.

Mr McVerry said the benefit of the event was it was a win-win for local residents and community groups alike.

“If it’s local, it’s a bit cheaper. The money mainly goes back to the community and the community groups they get some enjoyment out of it too,” he said.

New features of the event include medieval re-enactments from Gippsland LARP and different rides.

Local emergency services will have attractions at the bonfire night, as will GippSport, Guides and a range of other groups.

Mr McVerry invited anyone interested in Moe Apex to join their meetings on the second and fourth Wednesday of each month at the Moe RSL’s board room, or to get in touch via Facebook.

“We do have sort of like the serious stuff in the meetings but then we also do take the mickey out of each other … have a bit of a laugh,” he said.

The community carnival will be on Saturday, November 17 from 5pm and the fireworks will be at about 9.15pm.