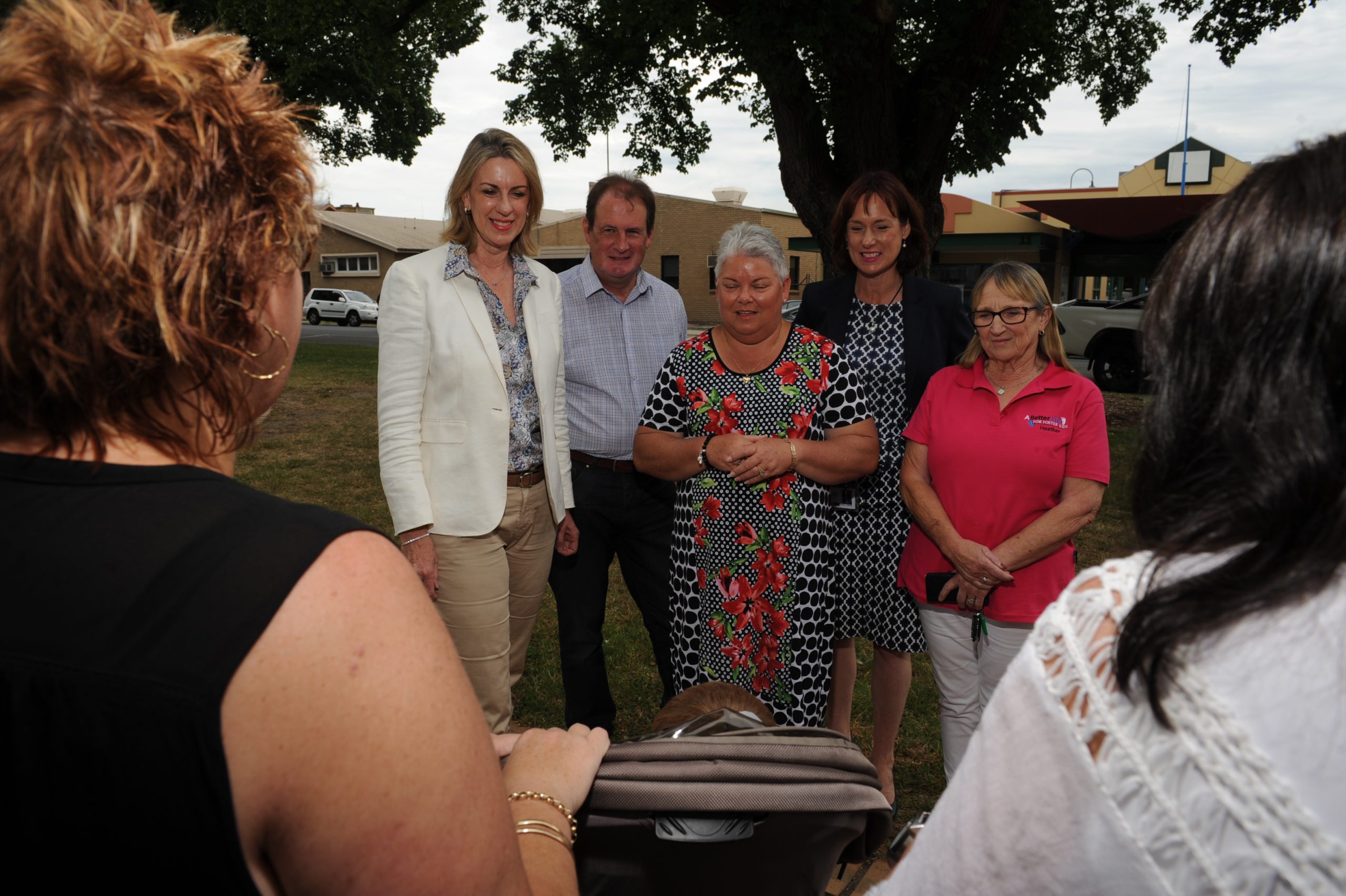 The Coalition has promised foster and kinship carers an extra $1500 a year to cover out-of-pocket expenses if it wins the state election on Saturday.

The funding would include an extra 10 per cent loading for carers living in regional Victoria and would be provided on a pro-rata basis.

Liberal spokeswoman for families and children Georgie Crozier was in Traralgon on Tuesday announcing the extra cash that she said would help to ease basic cost of living pressures.

Gippsland advocate and founder of Better Life for Foster Care Heather Baird said the funds could mean a child may not have to go without basic necessities.

“Some of things that foster kiddies are going without are horrendous and the public needs to know. This extra funding is not a huge amount, but gee, it will make a difference,” Ms Baird said.

She said there were 15 per cent more foster kids in the Latrobe Valley than anywhere else in regional Victoria. She also said Victorian carers were the lowest paid in Australia and many were leaving the system as they were not being adequately supported.

Ms Baird called on the government to take more responsibility for supporting foster kids and their carers with greater access to emotional, financial and practical support.

“The government has funding but it’s not going to the right people,” Ms Baird said.

“Children need to access counselling the day they step into care. They are traumatised kiddies and shouldn’t have to go through what they go through.

“Carers are made to feel like criminals if they speak out and carers say to me they can’t believe the way they are being treated.”

Ms Crozier said she was aware of many foster and kinship carers who were struggling to make ends meet.

“We think this assistance will give them just a little bit extra in relation to meeting these cost of living pressures going out of control.”

A Labor spokesman said it had invested $31.4 million to simplify the care allowance system and improve financial support for home-based carers in the first increase in a decade.

He said 890 new carers had welcomed their first child into their home under Labor’s Fostering Connections campaign.

“You can’t trust the Liberals when it comes to kinship and foster care. They cut staff and left the system in crisis and will do the same again if they’re given the chance,” he said.

“Foster carers play a vital role in our community – that’s why Labor has provided home-based carers with more financial support to contribute to the cost of providing care for children who cannot live with their parents.”