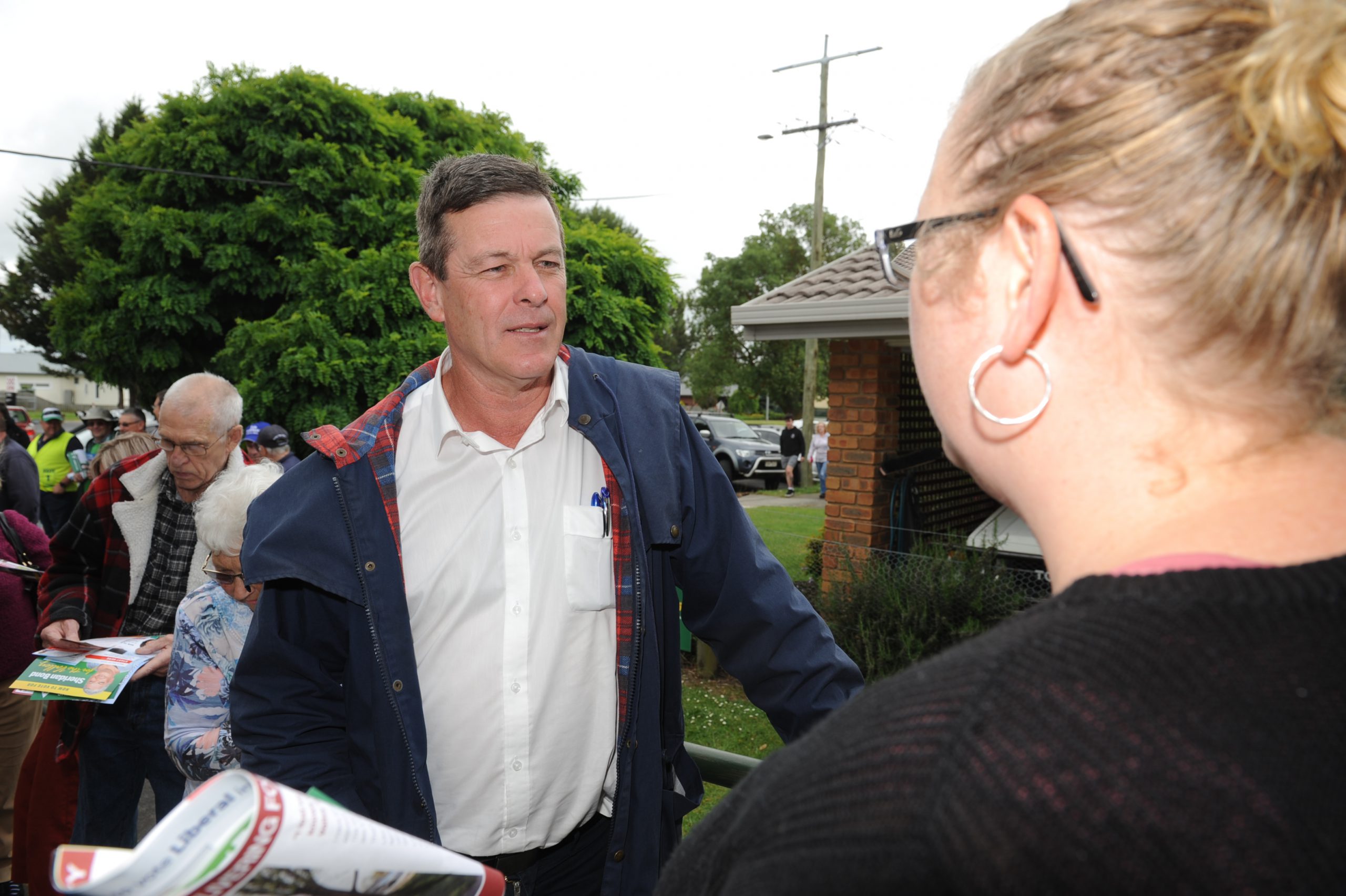 The two leading candidates for the seat of Morwell believe a result will not be known until at least the middle of next week, after independent MP Russell Northe last night took the lead against his Labor challenger.

This was despite results published at 5pm Wednesday showing Mr Richards held a lead of just five votes against the incumbent.

The shift was enough for ABC election analyst Antony Green to declare the seat for Mr Northe in his online projections.

This election, 19,520 people cast their ballot at the pre-poll centre in the two weeks leading up to election day.

There are 48,406 registered voters in the Morwell electorate.

On Wednesday afternoon, Mr Northe described the count as a “roller coaster ride”.

“Obviously, the two candidate preferred count is happening at the moment and it’s very, very tight,” he said.

“The result may not be known for a number of days or even the middle of next week at least.”

Mr Northe has held the seat since 2006 when he won it as a National, ending Labor’s 36-year stranglehold on the seat. Last year he quit the Nationals to sit as an independent after revealing he was dealing with personal problems stemming from depression and financial issues.

Mr Northe decided to recontest his seat at the last moment and said preference flows would be vital.

“It’s really a case of, in many respects, fingers and toes crossed and hopefully there’s enough there to get me over the line,” he said.

“Curiously the [Shooters, Fishers and Farmers] had myself and the Liberal and Nationals candidates below Labor, which I understand was the only electorate in Victoria that this occurred, and obviously this could be crucial to the ultimate outcome.”

In a statement, Mr Richards said “I’m catching up on all the jobs at home that have been neglected throughout this campaign and I expect the counting of votes will not be complete until next week”.

Monash University politics expert Nick Economou said the final result may not be known for weeks until all postal votes had returned.

“I still think in years to come Morwell will become a Nationals seat but this time it looks like it’s going to be Russell Northe,” Dr Economou said.

He said Mr Northe’s local standing had split the non-Labor vote “so badly” that he he would likely be elected with Coalition preferences.