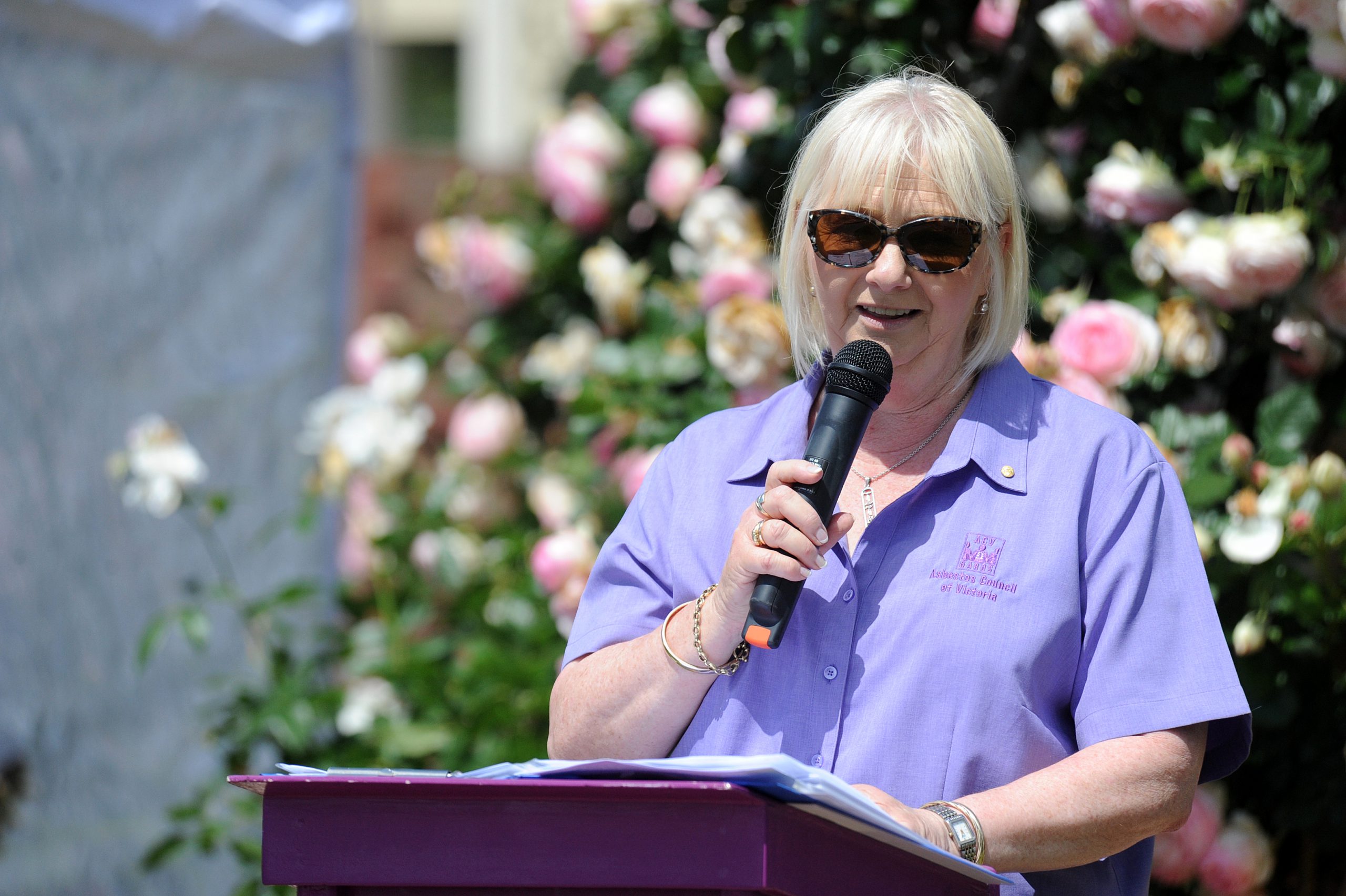 The sound of bagpipes filled the Morwell Centenary Rose Garden for a solemn ceremony to recognise lives lost to asbestos-related diseases and to raise awareness of the deadly material at the annual Asbestos Awareness Day event on Friday.

Hosted by the Asbestos Council of Victoria/GARDS, the event aimed to increase awareness of asbestos and communicate the devastating effects it can have on families and the community.

There were also musical performances from Susan Parrish and Joe Omar, as well as the Yallourn Madrigal Singers and Dick Henry on bagpipes.

Canon James of St James Church, Traralgon conducted an ecumenical service and the GTLC put on a free community barbecue.

Asbetsos Safety and Eradication Agency director Shane McArdle said community perceptions that asbestos-related diseases were only relevant to older people who had been exposed to asbestos in an industrial context were incorrect.

“The estimate is up to 4000 people a year die from all forms of asbestos-related diseases,” he said.

“There are still dangers, we estimate that one in three houses, if the house was built before 1990, or had renovations done, it is likely to have asbestos in it,” he said.

“That is where we can make a difference in ensuring that the young people can know more about asbestos, if they do have it in their homes that it is dealt with properly, not by doing something silly that they shouldn’t.”

While Mr Borowick attended the event in a private capacity, he said during his time as a union official he had been involved with workers who had been exposed to asbestos fibres in the workplace, victims who had been exposed in their own homes as a result of a parent or spouse bringing home clothing with asbestos fibres attached, or as a result of renovations in their own home.

“We’ve just got our head in the sand, no one is doing anything about it,” he said.

“It is a big problem for Australia, for our nation, otherwise people continue to be affected into the future, we’ve got to draw a line in the sand and do everything possible to prevent further infections.”

Mr Borowick said the work of ACV/GARDS in the Gippsland region was “absolutely terrific” and that “education is vital”.

“People have to know that when they renovate and do their own renovations at home or call in a tradesperson, their family might be exposed to asbestos fibres,” he said.