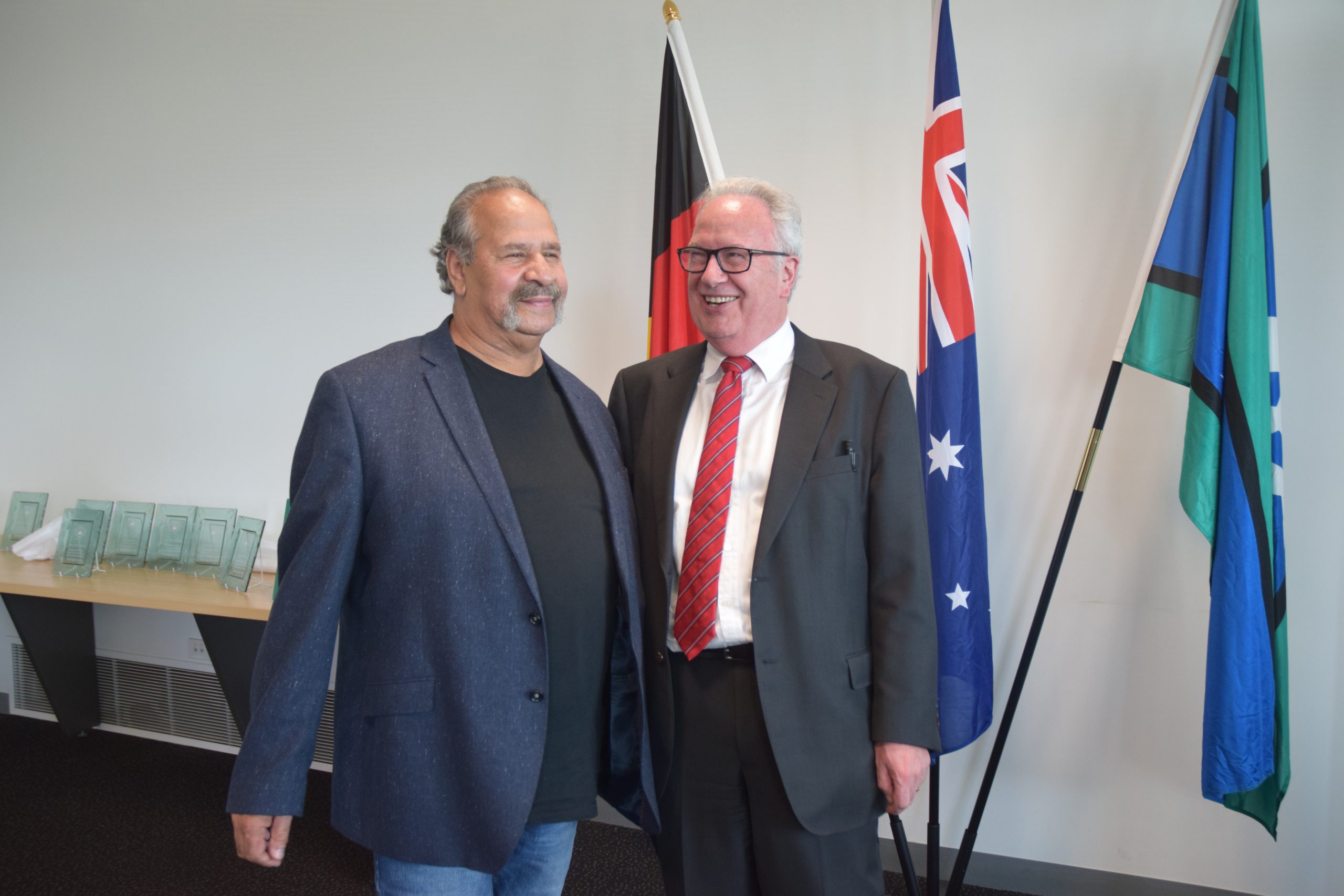 While Uncle Lloyd admitted there had been some “challenging times” over the years, he said the alternative process helped give offenders the “opportunity to try and make changes” which “seems to be working”.

The County Koori Court celebrated a decade of service with a ceremony at the Latrobe Valley Law Courts on Friday morning, beginning with a smoking ceremony and dance from local Indigenous dance group, the Boorun Boys.

“[Young, Indigenous offenders] want someone to talk [to], to have someone to listen to them,” Uncle Lloyd said.

The County Koori Court operates similarly to the mainstream process, however, there is time allocated for the offender to sit around a table with the judge, a respected elder from their community, their family, the lawyer and prosecutor, the corrections officer and anyone else present to support the offender to have a conversation – the responsibility of imposing a sentence, however, remains solely with the judge.

“They sit around the conversation table … and talk about their history,” Uncle Lloyd said.

“By sitting at the table, we get to know each other. It gets emotional, we’ve seen some of

them break down and they get an understanding that ‘I don’t want to be here’ and ‘I want to change the way I do things’.

“We talk to them about surrounding themselves with good people, they will learn that, to move away from the old ways they have been doing things.”

Judge Grant said the County Koori Court aimed to engage offenders “in a meaningful way so they won’t come back to court again”.

“We’re still applying the same law, as we would apply in any criminal court, what we’ve done is built into the process space, some time, for elders who are respected in their community to speak directly with an offender, so the elders can give the offender guidance and direction and hopefully encourage the offender to turn their back on the offending behaviour and change their lives in a positive way,” he said.

“We don’t get many offenders breaking our orders and coming back before the court and that is a great result.”

Since 2008, Koori Courts have expanded throughout the state, which Judge Grant said was a testament to the success of the process.

For more information about the Koori County Court, visit countycourt.vic.gov.au/learn-about-court/court-divisions/county-koori-court.