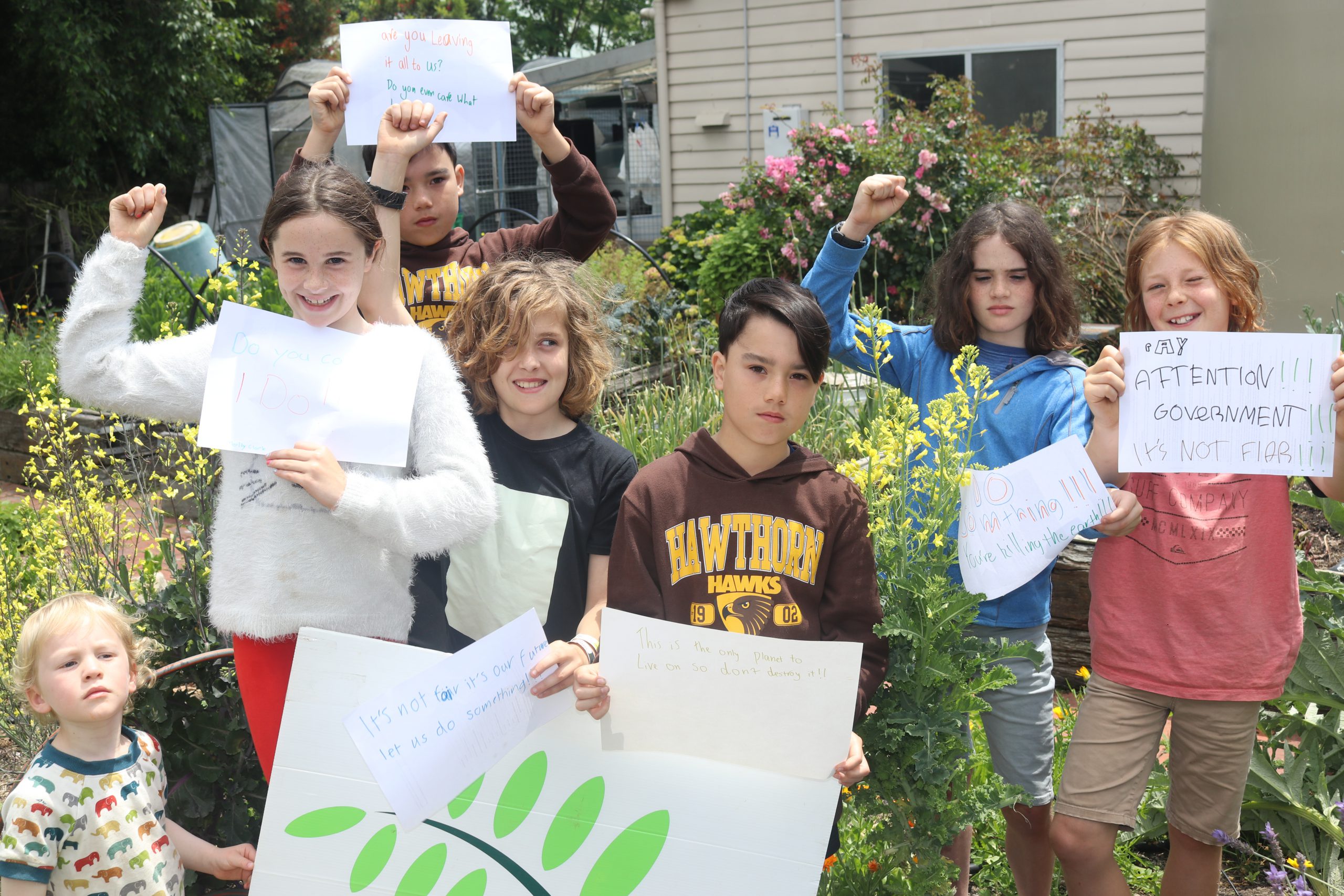 A group of environmentally-minded primary school kids downed-pens and skipped class on Friday as part of an Australia-wide student strike calling for the federal government to act on climate change.

Students from Yarragon Primary School and Saint Joseph’s Primary School in Warragul, with the support from parents, gathered at the Baw Baw Sustainability Network hub in Yarragon.

Kids made signs and discussed some of the issues surrounding climate change, while thousands of kids across capital cities and regional centres took part in the School Strike for Climate Action.

The Clark family were part of the local action with their dad Stephen, who said climate change and environmental issues were hot topics around the dinner table.

“This was a family decision to come here, it’s about achieving awareness for young people which is always a good thing,” Mr Clark said.

The nation-wide walk out sparked the ire of Prime Minister Scott Morrison who said: “what we want is more learning in schools and less activism in schools”.

Mr Clark disputed the strike was politicising his children.

“The fact is, Morrison has been embarrassed by school children as he is not acting on climate change. He is politicising the future of these children,” Mr Clark said. His son Joshua was quick to take aim at the prime minister’s criticism.

“What’s the use of learning unless there is a world to learn in? We use the skills we learn in jobs to make the world a better place,” he said. Joshua’s brother Rowan said he got a positive reaction from his class when he decided to take action.

“I’m hoping the government will do something about climate change and I also hope they don’t open the Adani mine. I think Scott Morrison is absolutely horrible,” Rowan said.