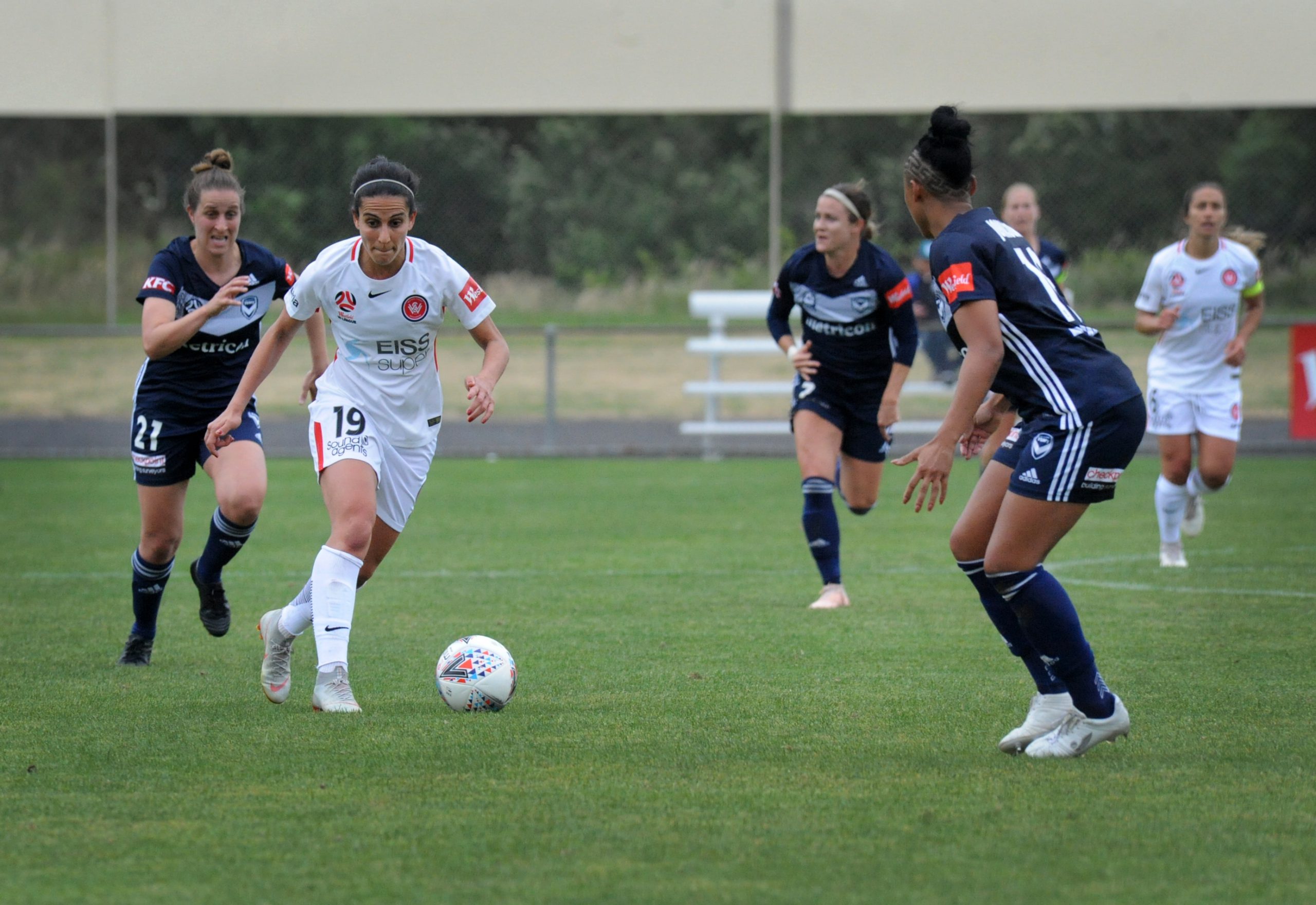 Melbourne Victory have consolidated their stranglehold on the W-League and extended their lead at the top of the ladder after five rounds with a solid 2-1 over Western Sydney Wanderers last night.

In front of a strong home-away-from-home crowd at Latrobe City Sports and Entertainment Stadium in Morwell, the Big V wasted no time asserting themselves and were dominant from the first whistle.

Captain Natasha Dowie was the first to get in on the action up forward for Victory but was smothered on the line by Wanderers keeper Jada Mathyssen-Whyman in the eighth minute.

The skipper didn’t have to wait much longer for a breakthrough which came five minutes later as she tore through courtesy of an Emily Gielnik pass to give her side an early 1-0 lead.

Victory continued to press forward and had chances through Dani Weatherholt (15 minutes) and Grace Maher (29 minutes) before Christine Nairn snuck through on the rebound and goaled to put the ladder leaders two-up.

Western Sydney came back from the break with a score to settle and found their way back into the game in the 73rd minute after Kylie Ledbrook bent one home from long range.

Victory replied just two minutes later as Dowie belted her second into the back of the net but was denied by an offside call.

Defender Sam Johnson continued to hold off the Wanderers’ attack and picked up a yellow card for her troubles late in the game before the whistle blew and signalled the win for Victory.

The triumph topped off a successful week for Melbourne in Morwell after players visited a number of schools across the region for clinics and held another clinic and open training session on Saturday.

Victory remain the only undefeated side in the W-League after round five while Western Sydney is left languishing at the other end in ninth without a win.