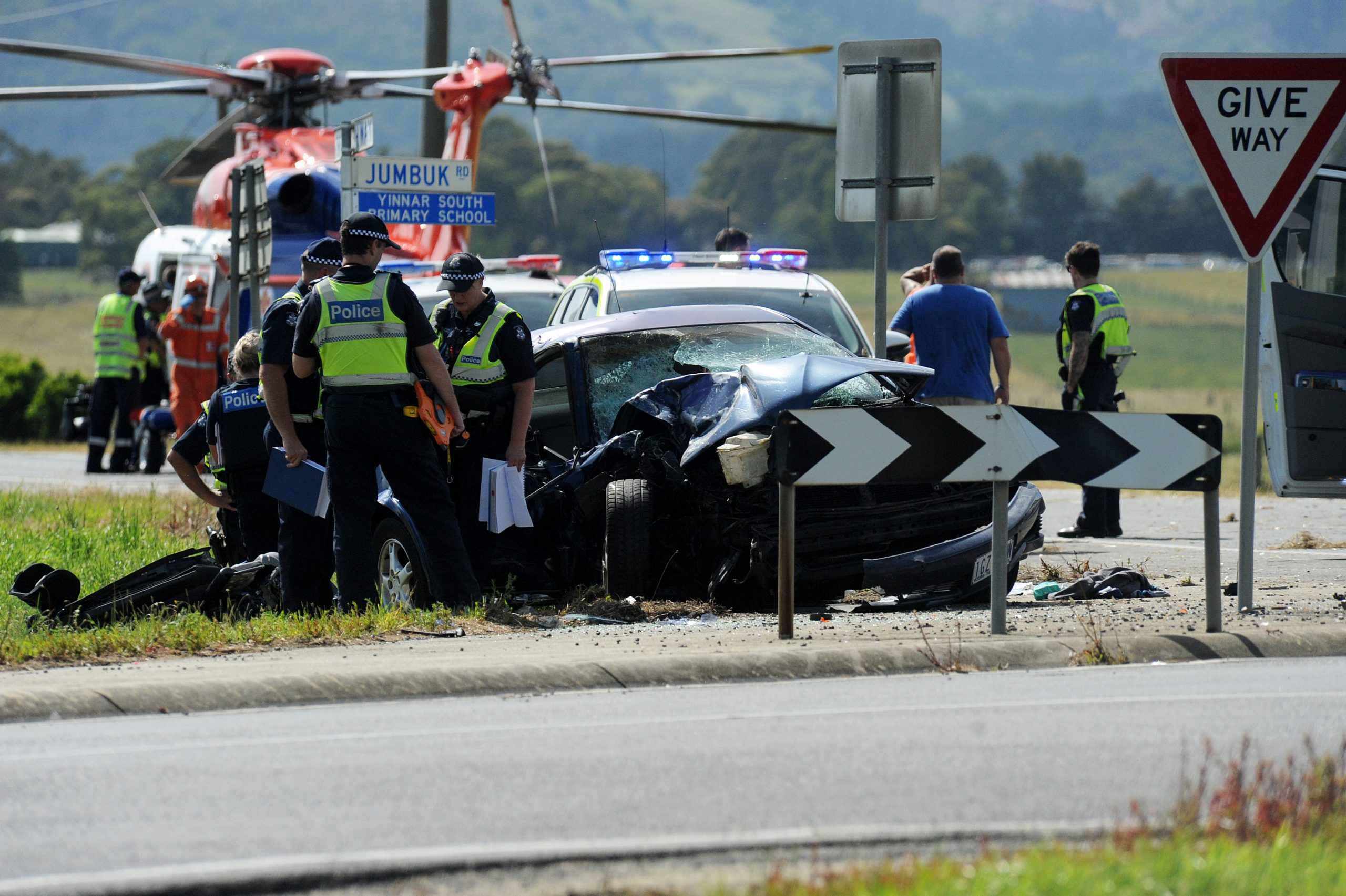 Two people were flown to Melbourne by air ambulance on Friday following a collision between two vehicles at Yinnar.

An 86-year-old Yinnar man was flown to The Alfred hospital in a critical condition with injuries to his arm and head after his four-wheel-drive and another car collided at the intersection of Monash Way and Jumbuck Road about 8.20am.

A 30-year-old woman from Boolarra, who was initially trapped in the vehicle, was freed and assessed at the scene with injuries to her arm, leg and head.

She was also flown by another air ambulance to The Alfred in a critical condition.

Police are investigating the cause of the collision but believe one driver allegedly failed to give way to the oncoming car.

A spokeswoman for The Alfred said both the man and woman remained in hospital in a stable condition.

People who witnessed the incident are asked to phone Crime Stoppers on 1800 333 000 or crimestoppersvic.com.au.