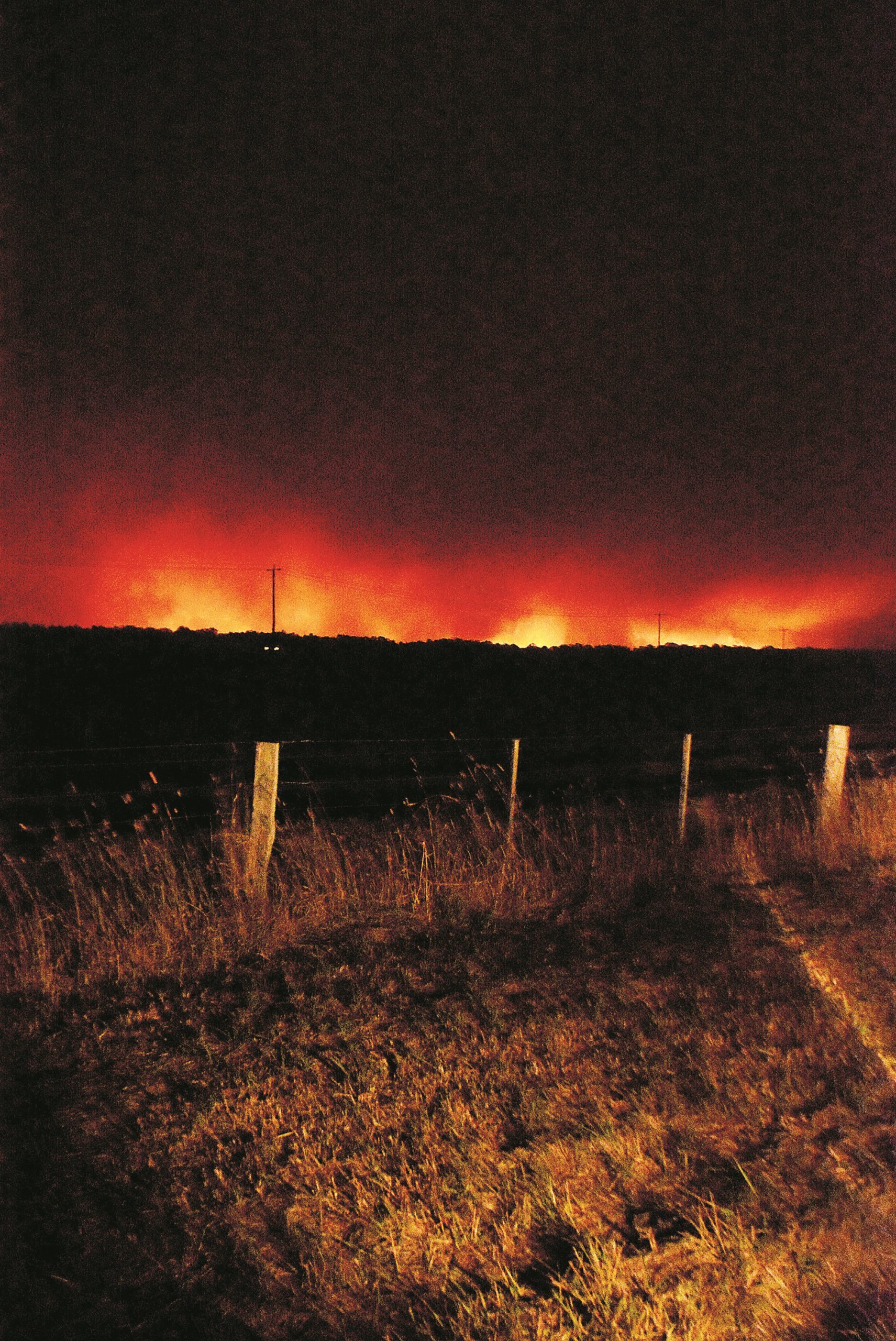 A large bushfire south of Rosedale that was expected to burn for up to two to three weeks was declared contained on Tuesday afternoon.

Investigations into the cause of the blaze, which began 6.3 kilometres from Rosedale on January 4, are ongoing, however police are considering a number of possibilities including an earlier lightning strike.

At the time The Express went to print, police said there was no indication the fire was deliberately lit.

While the fire has been contained, emergency services are encouraging nearby residents to continue to monitor conditions and warnings as the fire is not yet under control and it could still flare up in windy conditions.

The fire had grown to about 12,200 hectares by Wednesday afternoon with a perimeter of more than 70 kilometres, however, no homes or lives had been lost.

Incident controllers are unsure of how long it may take to get the fire under control, stating it could take anywhere between a couple of days to weeks.

A total of 300 people are on the ground fighting the fire and working behind the scenes.

Emergency Management Commissioner Andrew Crisp reported three fire crews – one CFA crew and two from Fire Management Victoria – were forced to protect themselves when the fire doubled back.

“The positive out of this is that all those firefighters are safe and well and they’re being very well supported by their respective organisations,” he said. There is a review into the matter.

An emergency relief centre was established at Sale Baptist Church, while Sale Agricultural Society opened up Sale Showgrounds to house large animals, such as horses – both have since closed.

The fire has impacted roughly 2200 hectares of HVP Plantations pine plantations in the area and a spokesperson for the company said HVP crews were continuing to work alongside CFA and Forest Fire Management Victoria to contain the fire within the existing perimeter.

“While the fire management continues, it is too early to make an assessment on the full impact but we can confidently say there will be no impact on supply for the short term,” the spokesperson said.

“Harvesting equipment that was in the fire vicinity was also safely relocated.

“We have drawn on more than 50 firefighters so far and have provided heavy machinery such as bulldozers and graders … Our focus remains on public safety and protecting both the plantation and community assets.”

Member for Morwell Russell Northe was pleased the fire had been contained but expressed concerns about the future impacts of the fire on the local timber industry.

“Last year a shortage of timber resources led to skyrocketing costs for consumers and at the same time we also saw an influx of imported products,” he said.

“A lack of access to timber resources was one of the reasons Carter Holt Harvey gave when it shut down its Morwell sawmill.

“We can’t afford to have other timber-related businesses fall over and the supply of timber is absolutely crucial to the sustainability of the industry into the future which employs thousands of locals,” Mr Northe said.

Rosedale business owner Sue Coppock reminded people that the shops in Rosedale were open as usual following poor sales since the beginning of the fire.

“Sales-wise, we’ve had virtually nothing [over the last few days],” she said.

“We normally get the tourist traffic stopping and having a nice wander.