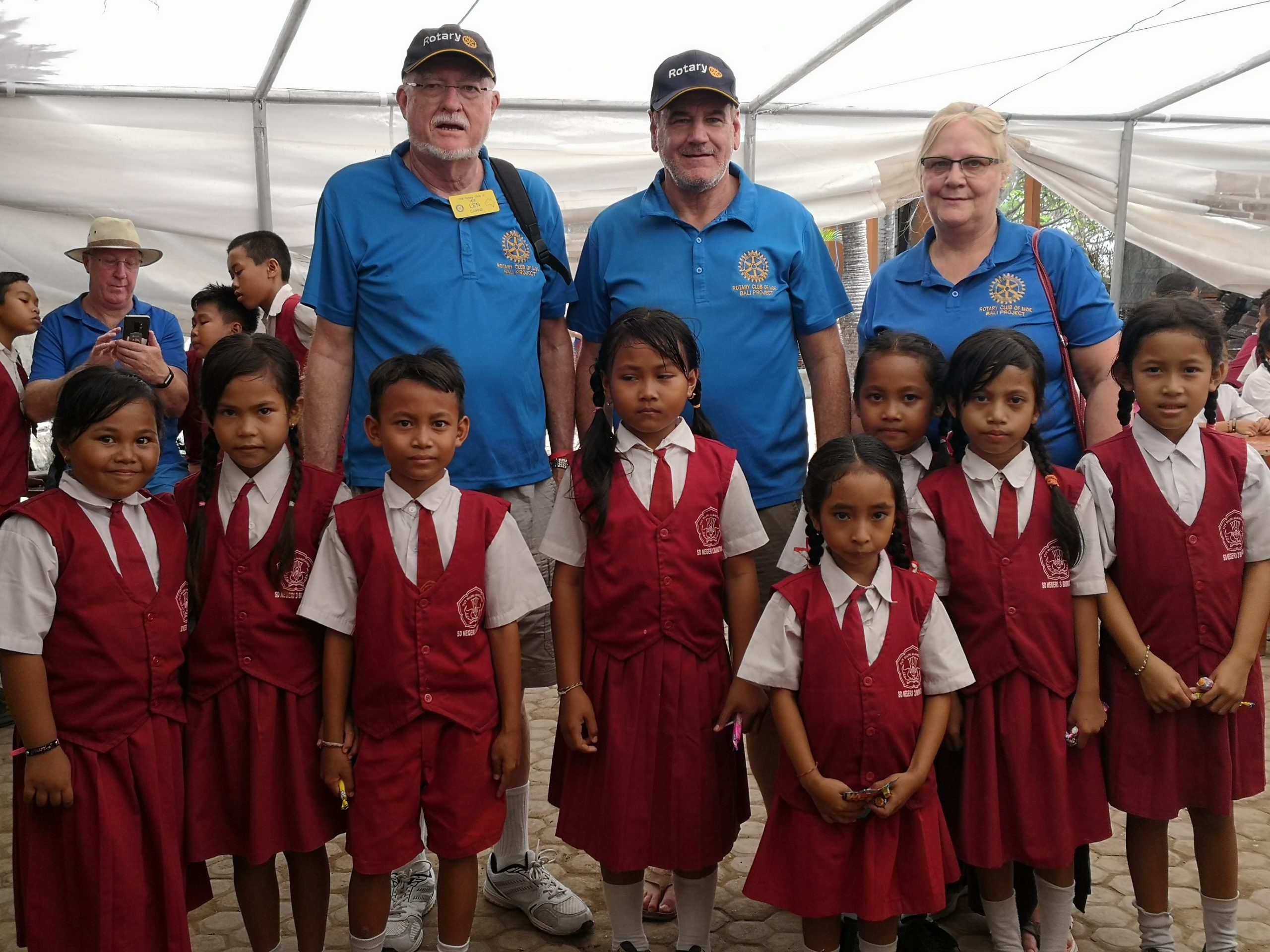 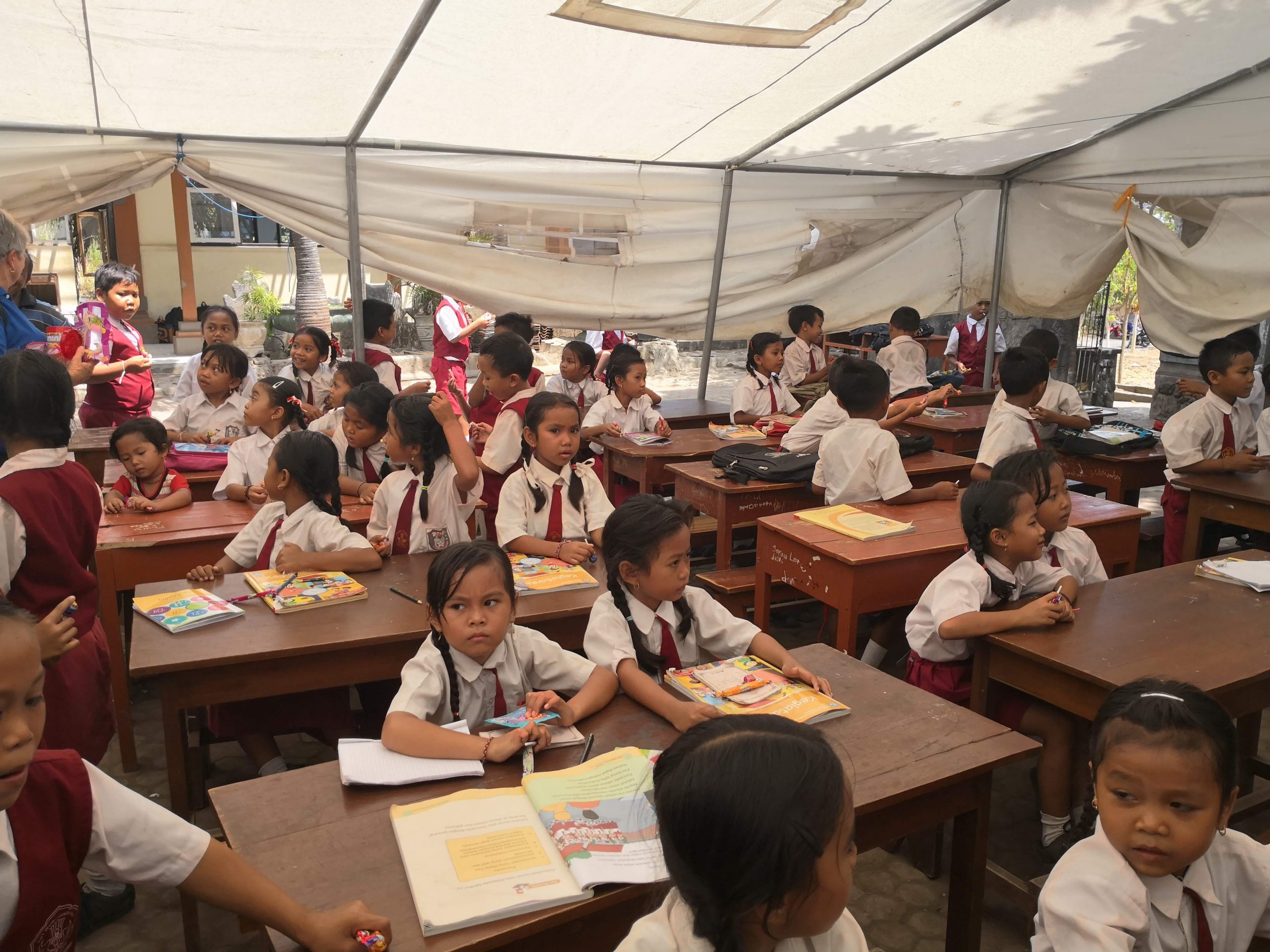 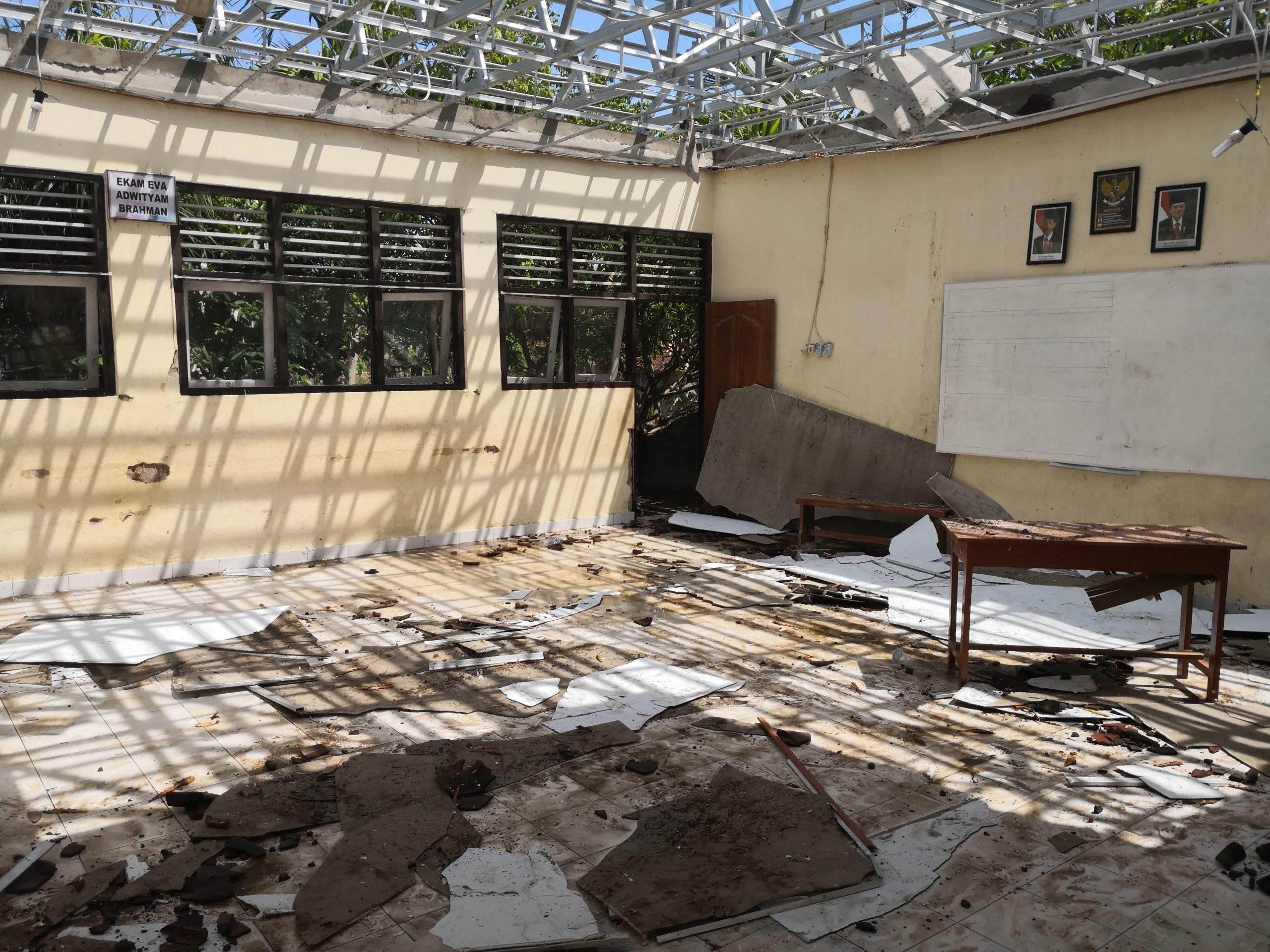 Children at a primary school on the eastern coast of Bali are still learning under marquees since earthquakes shook the neighbouring Indonesian island of Lombok about five months ago.

The school in the fishing region of Amed has been the international project for the Rotary Club of Moe for nine years.

New ceiling fans, whiteboards, school uniforms and improved toilets, sick bay and library are just some of the changes the Rotary club in the Latrobe Valley has offered the school of about 250 students.

But Rotarian Michael Koch said the earthquake’s devastation to the school was a “shock” to the club.

“Once you see the kids you want to do what you can for them,” Mr Koch said.

Half the students at Bunutan School Three are learning under canvas and the other half have classes under a damaged roof which “leaks like a sieve” when it rains.

The club is raising funds to repair the damage from the natural disaster and has received a quote for the works from an Indonesian builder with whom they have developed a relationship.

“We’re trying to raise … that $5700. We’re on the way of doing that and we’ve got to get it done as quickly as possible so there’s not too much damage to the school,” Mr Koch said.

“If anybody is willing to help us we’re always looking for help with the school.”

The close relationship with the Bali school is based around the Rotary club responding to the school’s needs in a “very poor” fishing community.

“[Families] survive purely on local produce which is going out fishing in the straits,” Mr Koch said.

“The parents or the father usually goes [around] three o’clock in the morning out fishing, comes back with their haul and they sell it at the market.”

Mr Koch has visited the school at least once a year over nine years, where primary education is free but school uniforms are required.

“Each uniform we purchase is $6. So for $6 we can guarantee the children go to school and get an education,” he said.

He encouraged people to get in touch with the Rotary Club of Moe to donate to the project via moerotary.org.