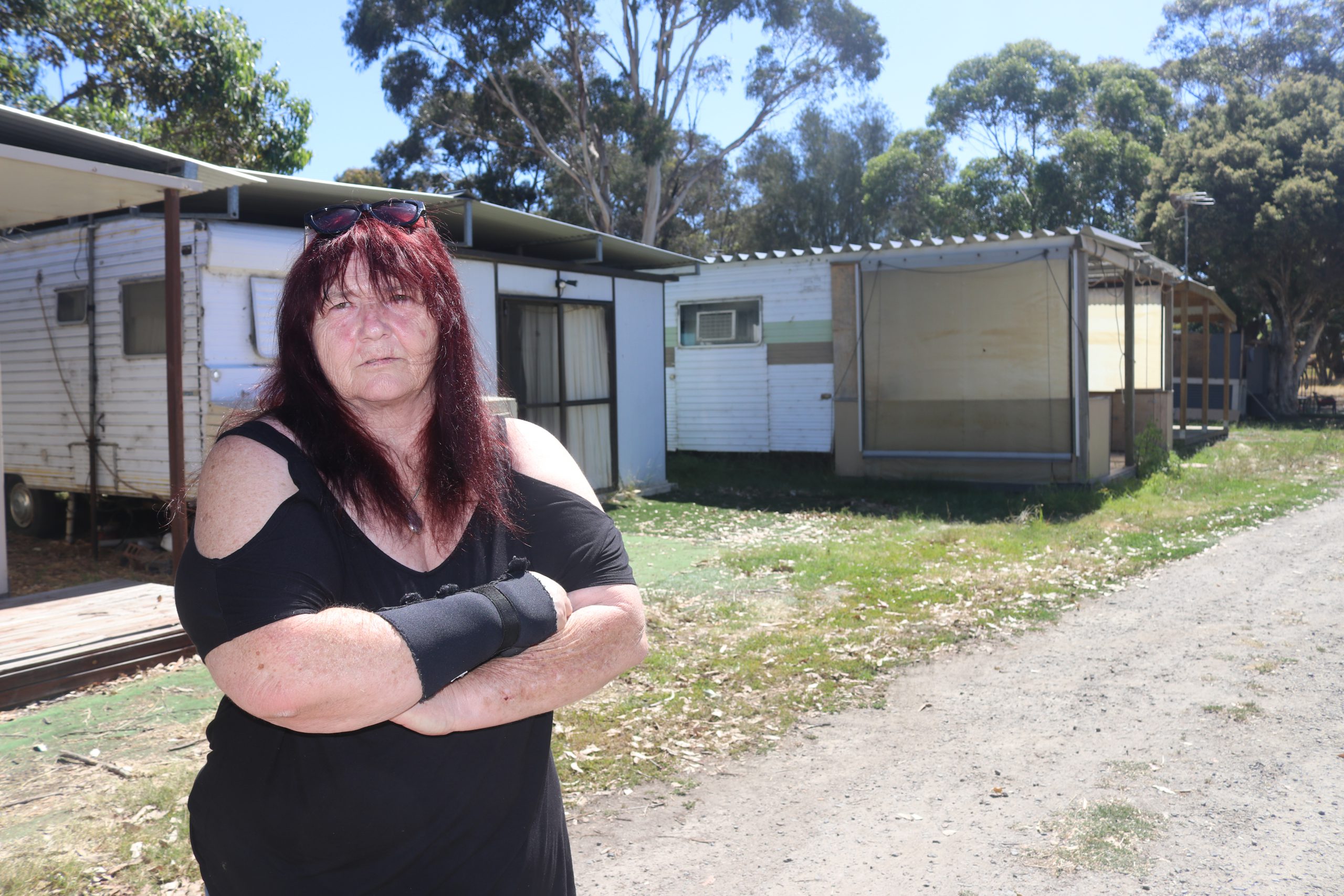 Latrobe City Council permanently locked the gates at the Hazelwood Caravan Park on Monday night, but some site holders are staying steadfast and refusing to budge.

Council officers arrived during the day to announce the park was permanently closing and site holders had until the end of March to clear out and decommission their vans.

Site holder Kaylene Price said she would refuse to move until all avenues to keep the park open had been exhausted.

“I feel like I am the last man standing, it’s heartbreaking. I’m still hopeful this is not the end. We are not going anywhere until we find out what the government has to say,” she said.

“There are a lot like me – people staying fast. Others will try to sell their vans but many are frustrated as they don’t know what will happen.”

Ms Price had been consulting with other site holders about lodging an appeal with the Victorian Civil and Administrative Tribunal to keep the park open.

Latrobe City Council has resolved to close the park and hand the land back to energy company ENGIE for remediation.

The decision was made after Latrobe City could not guarantee a firefighting service as ENGIE was dropping pondage water levels by 2.7 metres.

Latrobe City spent $20,000 on an interim fire service to allow site holders to enjoy one last Christmas together before being the closure.

However, Latrobe councillors have contacted Premier Daniel Andrews to discuss the future of the Hazelwood Pondage for recreational purposes.

Ms Price said she would stick around until they received a formal response from the state government.

“Council said it would lobby Daniel Andrews so why are they making us leave before they get a response from the state government?” she said.

“Daniel Andrews wants people to move to regional areas and has invested heavily in the area.”

A Latrobe City Council spokesman said there had been no reply from the Premier as council had only recently sent a letter to the government.

He said there were “significant works required” to remediate the caravan park before the end of Latrobe’s lease with ENGIE at the end of April 2020.

“Council will proceed with [this] once the site holders have removed their belongings,” he said.