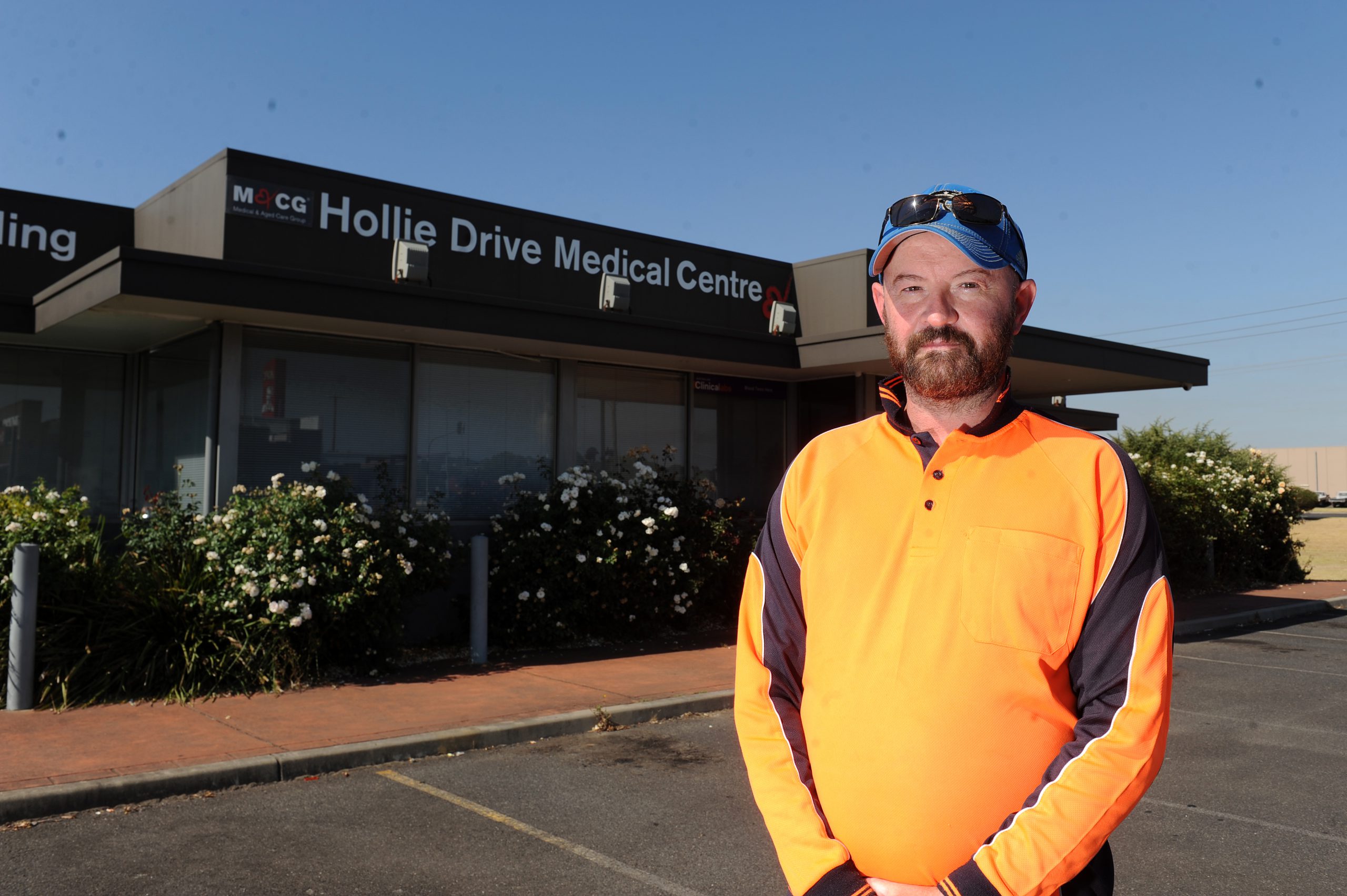 It was normal for Chris Hawthorne to arrive for an appointment at his Morwell clinic only to find that his GP had been replaced but on Tuesday the car park at Hollie Drive was empty for the first time.

Two other patients drove out after realising the clinic was closed.

Mr Hawthorne has been a regular patient at Hollie Drive Medical Centre for 10 years which is currently closed, in part due to doctor shortages.

A sign on the clinic’s front door says it was closed due to “unforeseen circumstances” and will reopen on February 4. Callers are referred to the Mid Valley Family Medicine which is a sister clinic.

“They never closed before but we have had difficulties – as in multiple occasions with doctors leaving very spontaneously,” the 48-year-old Morwell nurse said.

“You just rock up to the doctors again and discover that they’ve left and then you just have to start a relationship again with a new doctor. But now there’s no new doctors.”

Mr Hawthorne said doctors have left the practice without the patients being advised in advance.

“There would be no notice … no information or whatever to say that this is his last week. That’s what happened [with] every single doctor,” he said.

Mr Hawthorne said the high turnover of GPs at the practice was not good for patients like himself who are battling a long-term illness.

He talked about an appointment last month where the doctor initially refused to write him a repeat medication as she was not his regular GP.

Medical & Aged Care Group managing director Trish Wilson said the high turnover of doctors at the practice was out of management’s control. The group manages the Hollie Drive clinic.

“We completely understand his [the patient’s] issue but it’s beyond our control … it’s not something we chose to do,” Ms Wilson told The Express.

The lack of medical practitioners and the high turnover of GPs within the area was the number one issue raised by people with Latrobe Valley health advocate Jane Anderson during her bus chats last month.

Mr Hawthorne said doctors should be offered better benefits for them to decide to work and settle in the countryside.

He said some of his doctors drove home daily to Melbourne while they were working in Morwell.

A practice manager at a Morwell clinic said the shortage of GPs around the area was also due to the long “bureaucratic process” for doctors to obtain accreditation with the Australian Health Practitioner Regulation Agency.

She said the clinic was hiring an overseas-trained doctor and sent through the paperwork to AHPRA in October but “was told it will be dealt with in February”. This particular doctor was already practicing in Australia and was just changing location to Morwell.

She said it normally took AHPRA three months to process doctors’ accreditation applications before they were allowed to practice in a new location.

“Everything hinges on registration. It’s a very bureaucratic process,” she said.

She believes Morwell should be included under the District of Workforce Shortage classification because the rapid turnover of GPs was not the only issue affecting private practices.

“I think it is more complex than the problem of trying to attract them here,” Associate Professor Rait said.

“The state government don’t see the GP workforce as their issue but obviously it will become one ahead of the federal election.”

A spokesperson from AHPRA said it took the agency four to six weeks to process an overseas-trained doctor’s application.

“At this time of year we experience a high volume of applications, so timeframes can be a little longer,” the spokesperson said.

The spokesperson said the process of accreditation for international medical graduates could be “rigorous” as doctors also needed to deal with other government agencies such as Medicare and specialist medical colleges before they could practice.