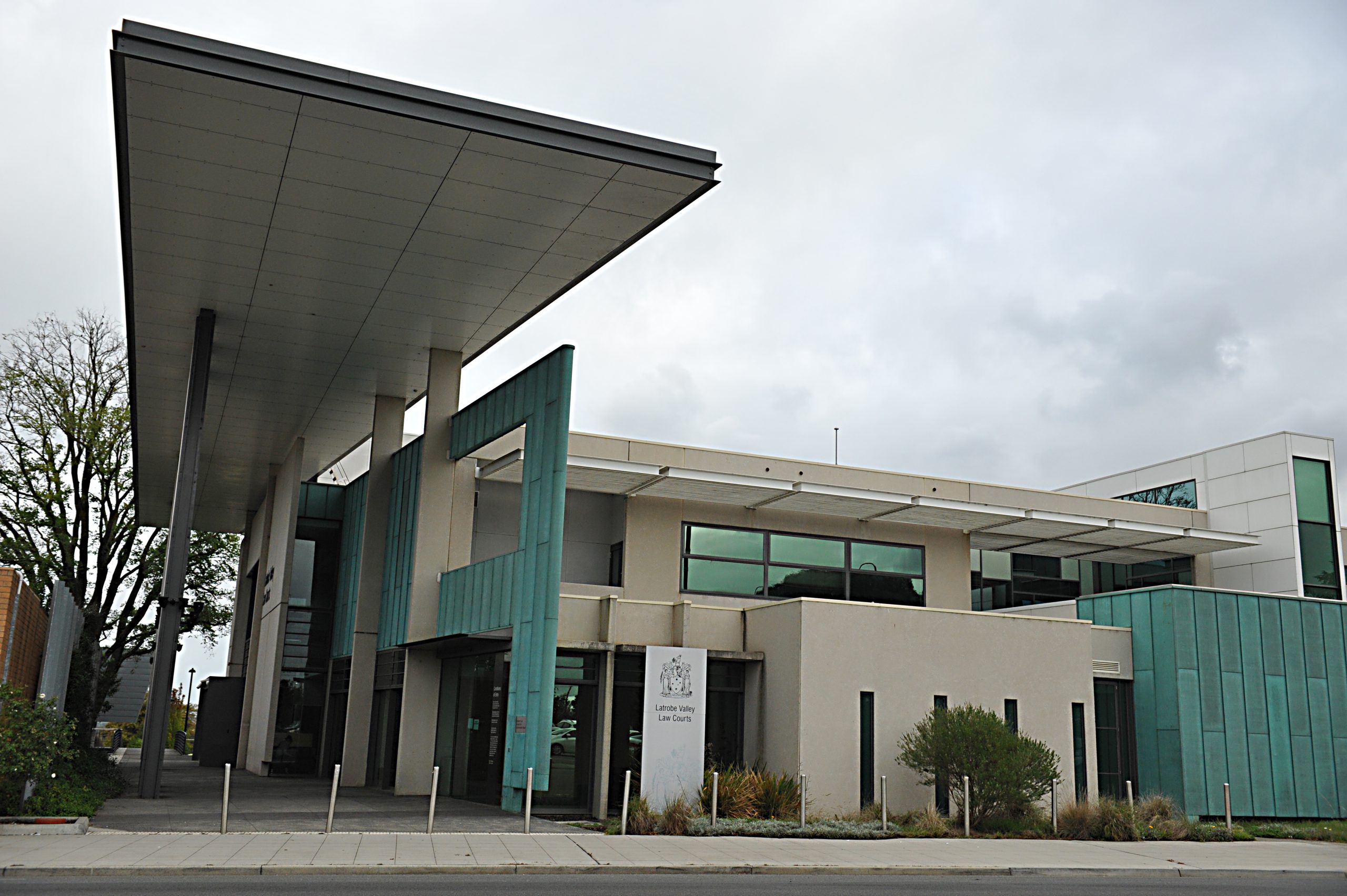 A man accused of assaulting a woman inside his Traralgon home has been denied bail after a magistrate described the alleged attacks as “serious” and “extreme” violence.

The man is alleged to have struck the woman in the leg with a ratchet before using super glue on the wound, choking the victim with cords, forcing her to clean his home, and selling her to “perform sexual acts on men”, a court has heard.

The 28-year-old, who cannot be named, was charged with intentionally causing injury, detaining the victim against her will, cultivating and possessing cannabis and committing offences while on bail.

On Tuesday, the Latrobe Valley Magistrates’ Court heard the man had welcomed the woman, who had no fixed address and had been sleeping on the streets, to stay in the backyard of his Traralgon home, police told the court.

The court heard the pair had known each other for about five years, spending part of that time in an intimate relationship.

However, between Wednesday, January 14 and Saturday, January 19, the accused allegedly assaulted the victim on several occasions inside his home which he shares with his wife and one-year-old daughter, police said.

The court heard the accused was on bail during the alleged incidents following a raid on a property in Footscray West in January 2018 where methamphetamines, cannabis, GHB andf heroin with a street value of about $14,000 were allegedly found.

At the time he was charged with several drug-related offences, and told not to associate with the co-accused in the matter – who the court was told was the victim of the most recent alleged assaults.

Detective Senior Constable Chris Bortignon, from the Latrobe Valley Family Violence Unit, told the court the accused allegedly assaulted the victim on a number of occasions when he thought she had done “something wrong”, by punching her in the arm.

“The victim estimates during this period the accused would punch her up to 100 times,” Senior Constable Bortignon said.

Police told the court the victim admitted herself to hospital on January 18, claiming she had fallen off a quad bike.

A day later she returned to the property and was asked by the accused to clean up the spare room of the house, police said.

Senior Constable Bortignon said the accused became agitated because he thought the victim was “not doing the task quickly enough” before he allegedly assaulted the woman again.

“The mess from the bleeding made the accused angrier … and the accused used super glue to attempt to glue the wound shut.”

Police alleged the accused then tied a thin cord around the victim’s neck, using it as a leash, while he told the victim to clean up the blood.

Following the alleged assault, the victim left the property before she was seen by a witness in an adjacent street and admitted to hospital a second time.

In an interview with police, the victim detailed the assaults, however, declined to give an official statement because she “was terrified that the accused or someone associated with the accused would kill her,” police told the court.

The court heard the accused had allegedly made the victim advertise herself on websites to “perform sexual acts on men” for $150 which the accused would keep for himself.

On January 20, police carried out a search warrant at the accused’s house where a small amount of cannabis and a cannabis plant were located.

Police said they also discovered blood on a mattress protector and two cords tied together, but in an interview with police the accused said that was not uncommon because he often watched tutorials on YouTube to learn how to tie knots.

Victorian Legal Aid lawyer Meg Tait said her client, the accused, denied the allegations about the assault and proposed he could be released on strict bail conditions and live at his mother-in-law’s property.

However, Senior Police Prosecutor Amy Campbell told the court child protection services did not support the accused’s release from custody citing concerns for the welfare of his young daughter.

Mr Campbell also told the court the accused would pose an unacceptable risk to the victim and should not be granted bail given his previous criminal history.

The accused was remanded in custody and will face court on February 6.