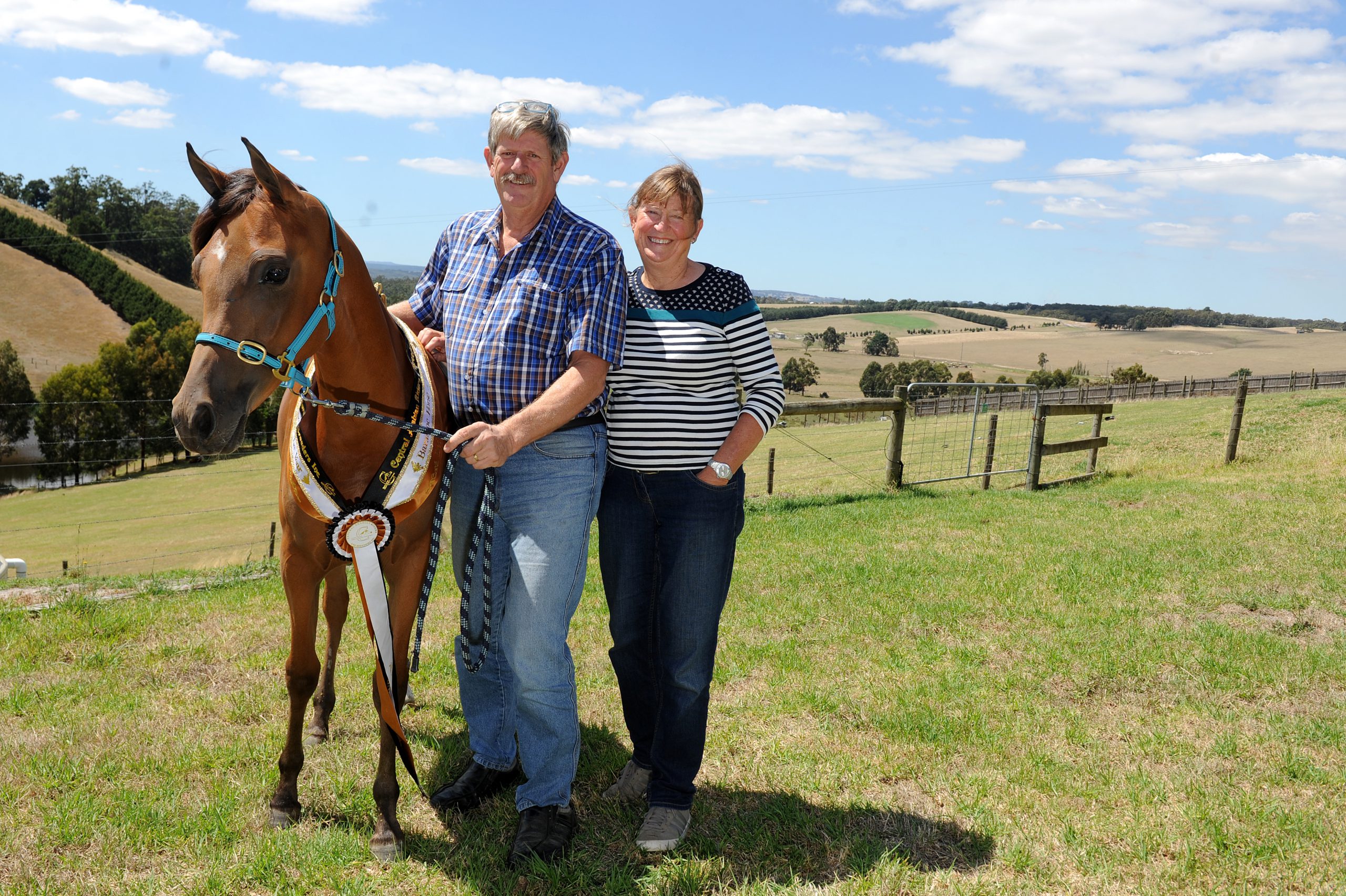 A Coalville-bred filly with a loving personality took out one of the most prestigious prizes on the Victorian horse show calendar when it was named champion led Arabian horse of the year.

The pedigreed Arabian derivative pony Lovely Meadow Faiths Fortune, or Fern, rose above some of the best in the state at the Barastoc Horse of the Year titles at Werribee Park.

Coalville hobby Arabian breeders Margaret and Jac Bongers knew their yearling filly was something special but were delighted when the judge kept calling her in time and time again.

“When we got champion we couldn’t believe it. Before we went in, we thought we’d get into the top five and be home by lunchtime but we kept winning and winning,” Mr Bongers said.

The couple got into breeding small-sized Arabian horses a few years ago when Yarragon trainer Jane Bellchambers sold them a well-bred mare.

They purchased Fern’s mother from Tasmania two years ago and decided to put her in foal to an Australian champion stallion Bracknell Musketeer who had a reputation for throwing good progeny.

“We had thoroughbreds before that. We thought about thoroughbred racing but decided to breed the Arab mare,” Mr Bongers aid.

“Arabs are like a dog in the paddock. They bond with people. We’ve had different sorts of horses but Arabs see you in the paddock and come running.”

Mr Bongers said when Fern came along, she “was nothing short of magnificent”.

“Jane [Bellchambers] is an international judge and she said Fern was something special. We didn’t want to breed this horse and just leave her in the paddock,” he said.

The Bongers began preparing Fern for foal shows under Ms Bellchambers’ tutelage before the filly placed in the top five at the Victorian Arabian Horse Classic in Tatura.

They entered Fern in the horse of the year titles to prepare her for the Australian Arabian National Championships at Boneo Park in March.

“It was a good way to get her out into crowds and get her used to being fussed over. I was surprised she won her class. It’s a huge show and a good quality of animal turns up,” Mr Bongers said.

“It wasn’t until the next morning that everyone was ringing up and congratulating us that it sunk in.”

The Bongers have five horses on their property and spend months preparing their animals for the judge.

“Fern loves a cuddle. She always comes to the gate. She loves being handled and brushed. We’ve been lucky we’ve been surrounded by the right people teaching us the right things,” Mr Bongers said.