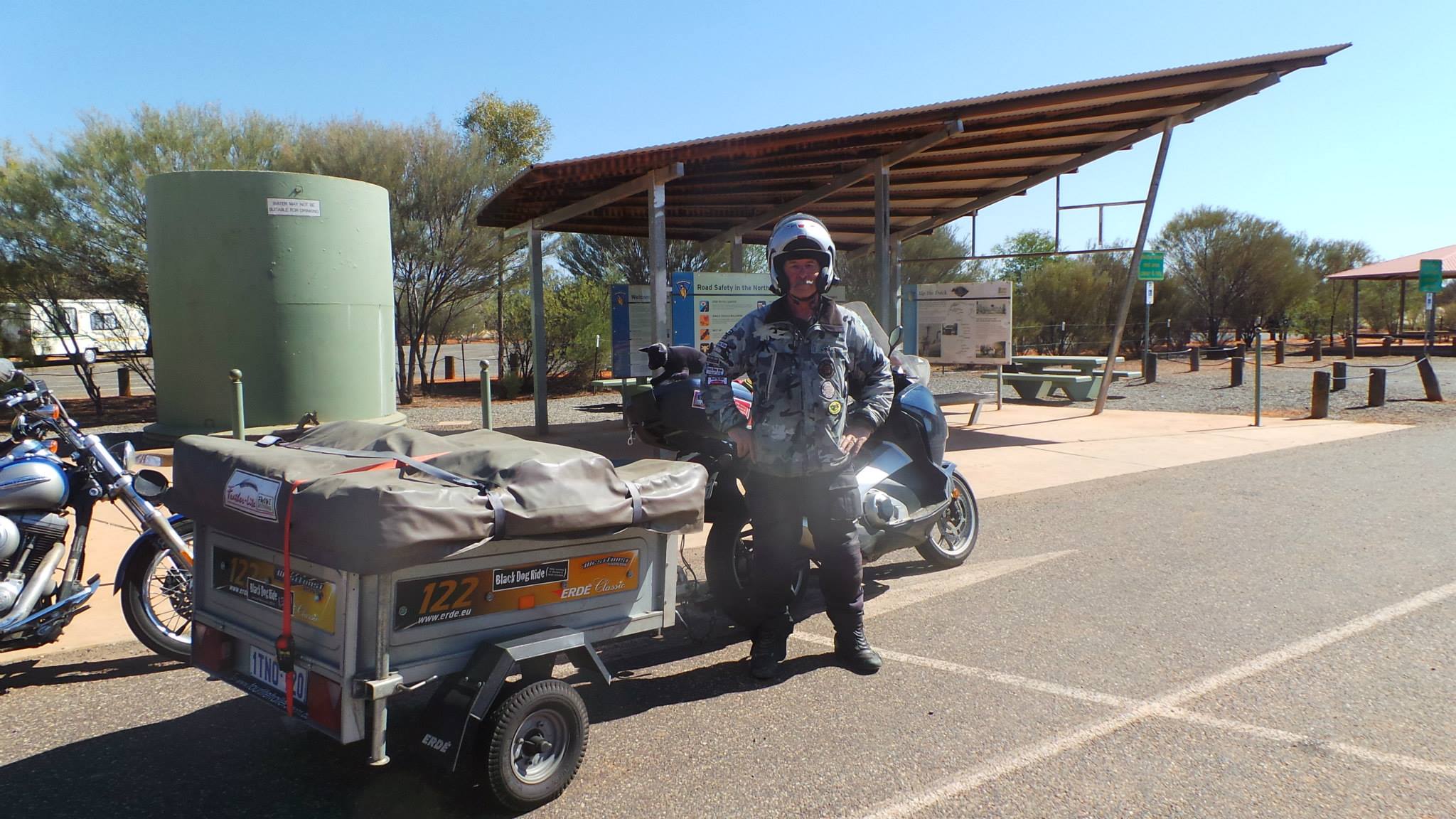 Some people vow to never again traverse the Nullarbor after one trip across its treeless expanse of arid earth.

Leigh Kestle, on the other hand, has crossed it 31 times.

In late-February, the Yallourn-born Perth resident will venture back to Gippsland aboard a scooter towing a 170-kilogram trailer.

It will be a five-day journey with three home stays before he pulls into Rawson for his third annual Gippsland get-together.

He met the three families via his deep interest with ancestry – something that keeps him occupied every day.

Mr Kestle lost “the love of my life” Meredith Kelly and said he had since become involved in Black Dog Rides to raise awareness of depression and suicide prevention.

His interest in family history led him to become the administrator of the Gippsland Genealogy Facebook page that has attracted more than 1300 members.

“When someone joins the group, immediately I show them how I am connected to them,” he said.

“They all but a very, very small few have a confirmed family connection.

“People call it work but it’s not work. It’s a pleasure.”

Chasing family history has offered Mr Kestle many new friendships and even prompted him to contact a genealogy group in Sweden using Google translate.

“They came back and said ‘are you talking about a dead, rotten, brown duck?'” he said.

He responded in English which produced better results – a third cousin from Sweden has since joined the group, he says.

Another offshoot of the Facebook page is for ‘heroes and villains’.

Among the heroes are AFL legends, famous engineers and even an outback trucker, he says.

As for the villains, his great-grandmother Catherine Brown, a settler in Walhalla, makes Leigh’s list.

“She was found guilty of the crime of manslaughter of her mother,” Mr Kestle said.

He said her mother Catherine Ronalds died in Walhalla in 1890 following maltreatment.

“I read it [the historic court case] and I was crying,” Mr Kestle said.

“All the neighbours in Walhalla stood up in court and testified against how my great-great-grandmother was being treated but did nothing about it themselves.

“[She] in the middle of winter would sleep under a corrugated iron sheet outside.”

The case at the Sale Assize Court was reported in The Gippsland Times, July 1890.

The third annual get-together for Gippsland Genealogy will be at the Rawson Cricket Club clubrooms on Saturday, March 2 at 11am where people will share family histories, photographs and memories.

On Sunday the group will head to Walhalla for the day.

Anyone is welcome to the event.