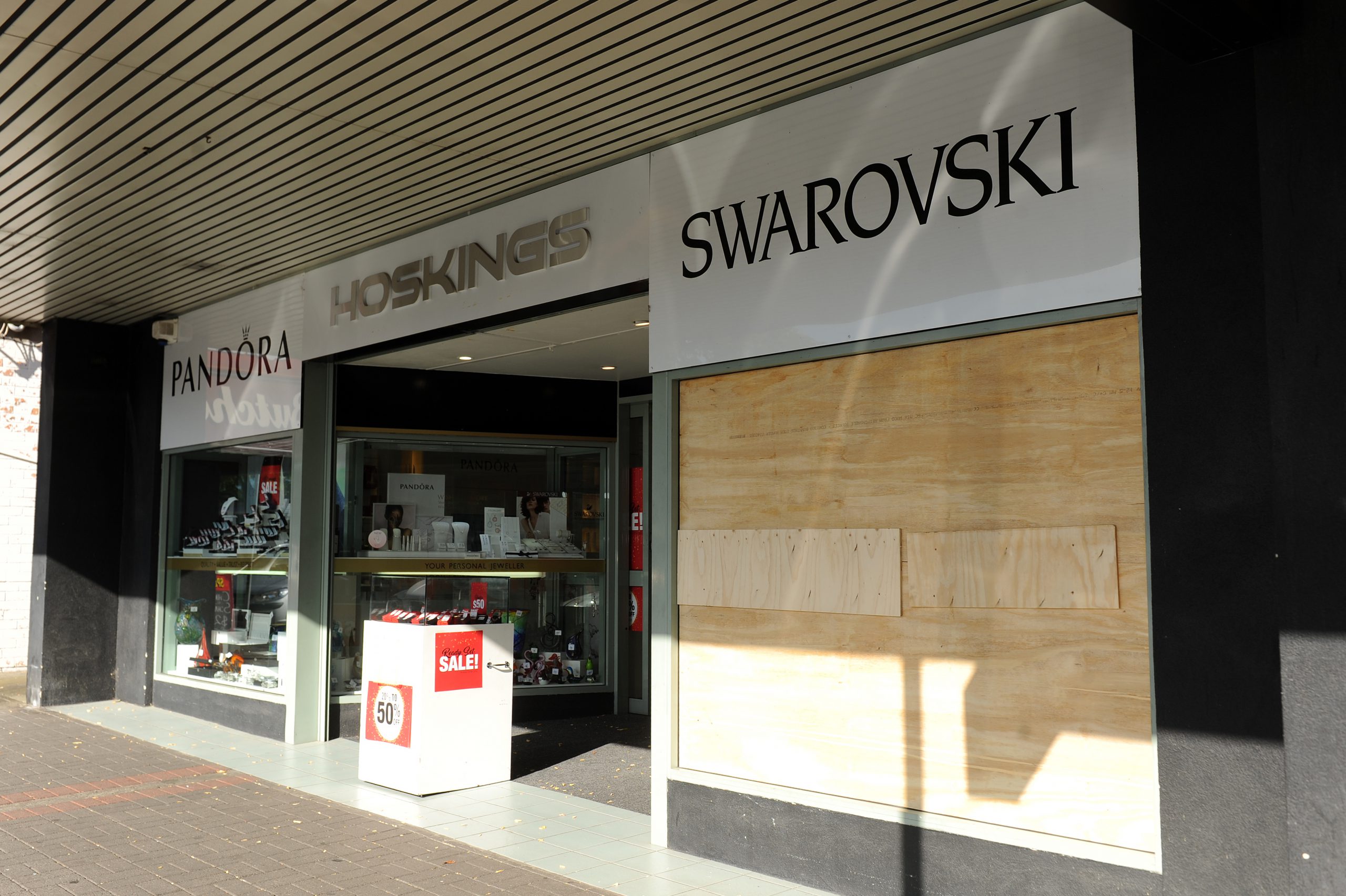 A man armed with a hammer smashed the front window of a Moe jewellery store in the early hours of Wednesday morning.

Police said the man smashed the window of Hoskings Jewellers’ Moore Street store about 12.50am and emptied the contents of a display cabinet containing watches and jewellery.

The man was wearing a mask and black-hooded top, black pants and was carrying a Woolworths shopping bag.

Anyone with information should phone Crime Stoppers on 1800 333 000 or visit crimestoppers.com.au.

A Newborough man has been charged with burglary and theft after allegedly driving a car into the window of a Newborough pharmacy.

Detectives said the incident happened about 1.30am on Sunday when the man allegedly drove the stolen Mitsubishi Magna into the front window of the Boolarra Avenue shop.

Investigators said the man then allegedly stole a significant quantity of medication from the dispensary area before fleeing the Central Pharmacy.

The 44-year-old Newborough man was arrested later that morning and taken to the Moe Police Station for interview.

He was charged and will appear before the Latrobe Valley Magistrates’ Court on May 1.

Detectives are appealing for information after a stolen car was set alight in pine plantations at Boolarra at the weekend.

Police said the 2006 Holden Commodore sedan was stolen in the early hours of Sunday morning before it was set alight.

The car was found burnt out in HVP Plantations, near Creamery Road and Stony Creek, Boolarra.

Investigators said the vehicle had been stolen from a Morrows Road, Boolarra address.

People with information can phone Crime Stoppers on 1800 333 000 or report online at crimestoppersvic.com.au.

A cleaner’s car was stolen early on Sunday morning as he washed windows at Mid Valley Shopping Centre.

Police said the Ford Falcon was stolen about 3.30am on Sunday while the cleaner was working.

The car was driven to a pine plantation near Derhams Road in Morwell where it was set alight about an hour later.

Investigators said the owner of the vehicle had left his keys in the ute.

Anyone with information can phone Crime Stoppers on 1800 333 000 or visit crimestoppersvic.com.au.