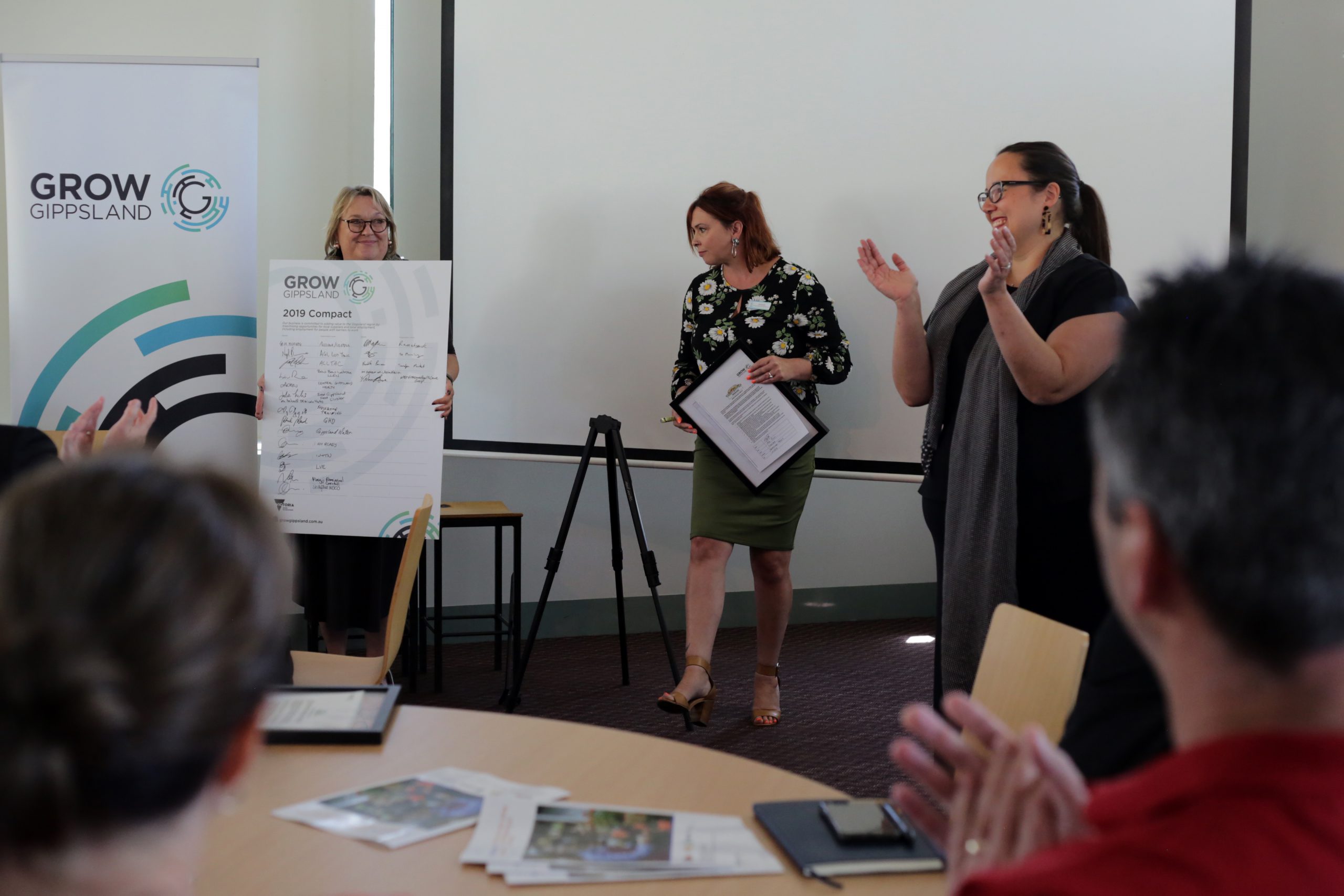 Ramahyuck was one of the organisations represented at an event in Morwell on Thursday celebrating the success so far of the program.

“We want to help grow Gippsland. The Aboriginal community has been in Gippsland for thousands of years and this is part of that community also being recognised within the general community,” Ramahyuck chief executive officer David Morgan said.

Part of the GROW Gippsland commitment is to attempt to shift 5 per cent of spending from non-local to local suppliers by 2020.

GROW members will be able to network among themselves and are committing to review their purchasing, employment and supply arrangements.

Ramahyuck, an Aboriginal health organisation, hopes to use the GROW Compact to help generate its own funding to be less reliant on the government to help deliver its usual health services to the community.

“We’ve got all of these major contracts that are coming to the region. We’re looking at providing them with work health checks for instance. So if their employees want to have a health check when they start, we can do that,” Mr Morgan said.

Gippsland Water is another local organisation signed on to the Compact, which comes under the auspice of the Latrobe Valley Authority.

The organisation plans to review its social employment to create more opportunities for sections of the community with barriers to work.

This would work by changing its framework so the organisations tendering for work have requirements to engage jobseekers from “target groups” like those with disabilities, long-term unemployed or Indigenous people, Gippsland Water general manager people and culture Michael Crane said.

“We’re not here saying we’ve got all the answers and all the solutions but it’s good to be surrounded by people that are likeminded and also listen and learn from them,” Mr Crane said.

Latrobe Valley Enterprises general manager corporate Wendy Bezzina said signing the Compact was a networking opportunity and an opportunity to showcase their services.

About 85 per cent of its workforce are people with disabilities.

“It’s about showing the potential of people with disabilities,” Ms Bezzina said.