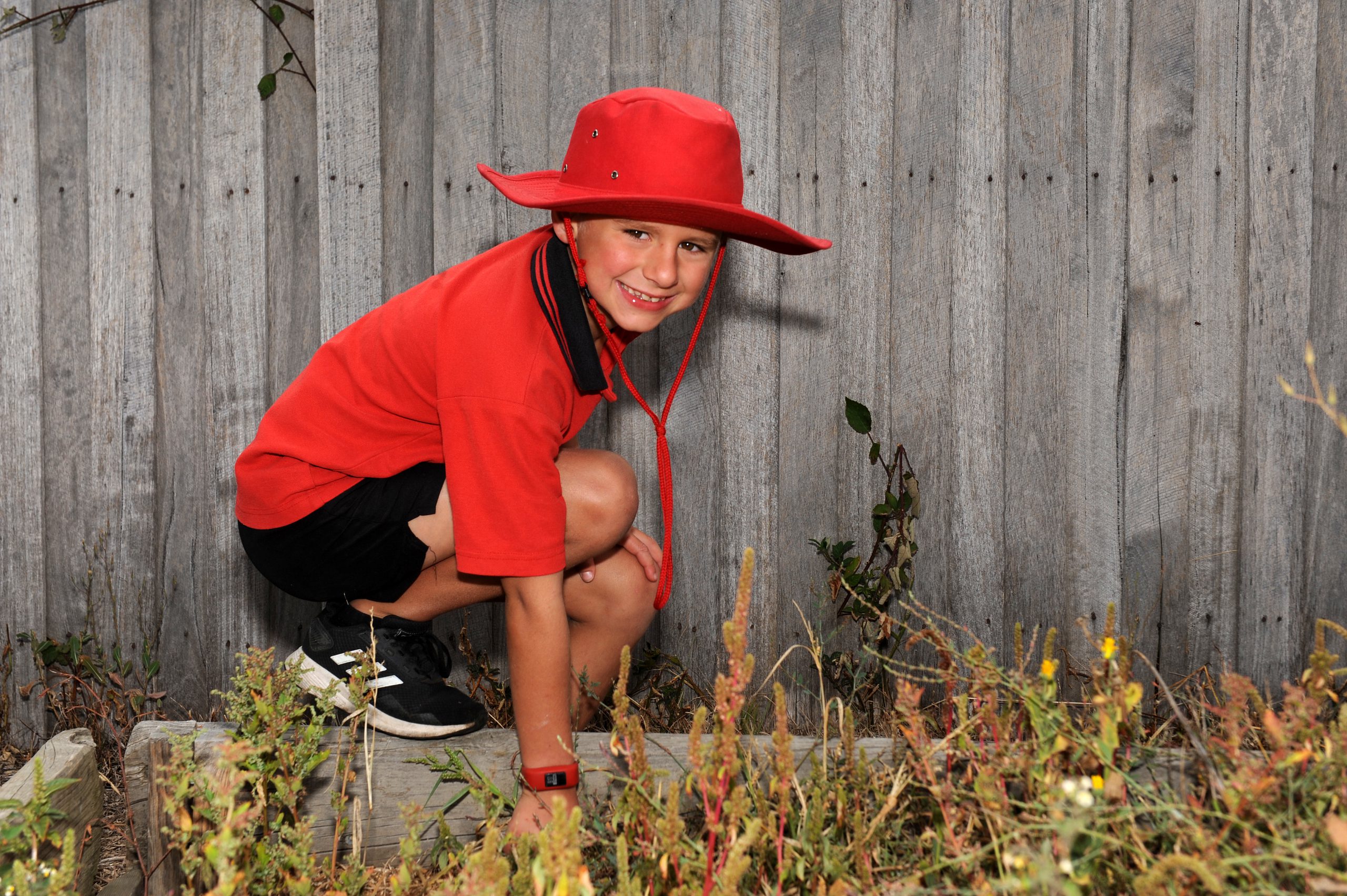 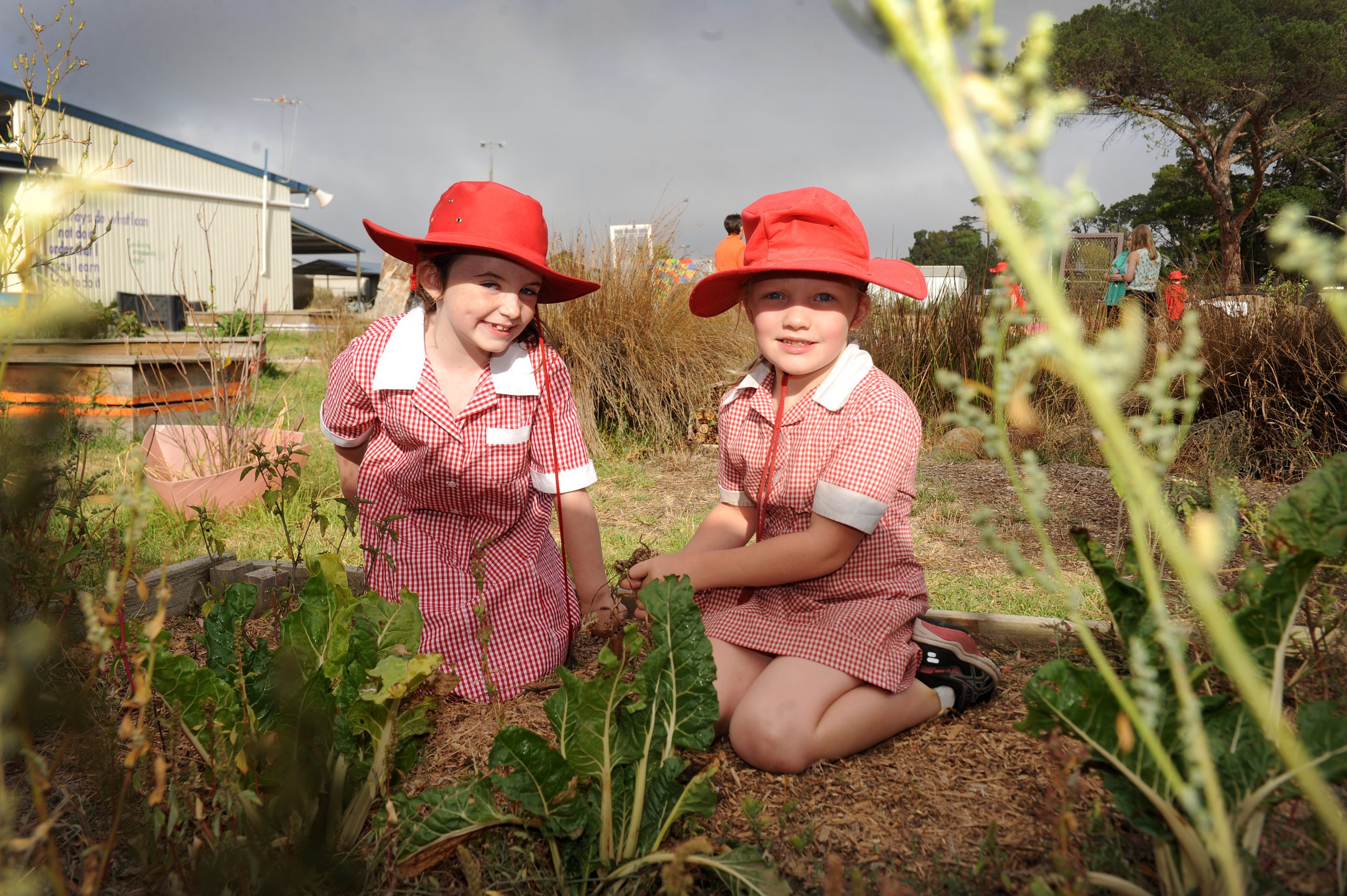 Nearly all the hands in a grade 2 classroom at Glengarry Primary School shot in the air when the teacher asked that question on a February morning.

Planting carrot seeds in a wheelbarrow was the alternative.

Evidently, it is a far inferior task.

The school has an outdoor program delivered by the Stephanie Alexander Kitchen Garden Foundation that has the students growing the vegetables they use in their cooking.

A natural spring that feeds off a local creek is the centrepiece to the garden and within its grasses several species of frog sometimes reside.

“In seasons where we have water the kids can usually see the frogs’ eggs but at this time we can’t see any because there’s no water in it,” school kitchen garden specialist Jodie Saunders says.

“That’s also been a big learning curve for the kids to see there’s no water.”

In times of wet, Ms Saunders said she could hear at least two different frog croaks.

Native blue-banded bees also frequent the garden and can rest in the ‘bee hotels’ made of bamboo and clay.

Ms Saunders said the children loved the garden and it was a place they could apply their learning from the classroom, take risks and use critical thinking.

“Sometimes we plant things and it doesn’t grow and then we can really interrogate that,” she said.

Grade 2 student Ethan said his favourite task in the garden was pulling out weeds.

“They don’t let the plants grow so that’s why we’re pulling them out,” Ethan, 7, said.