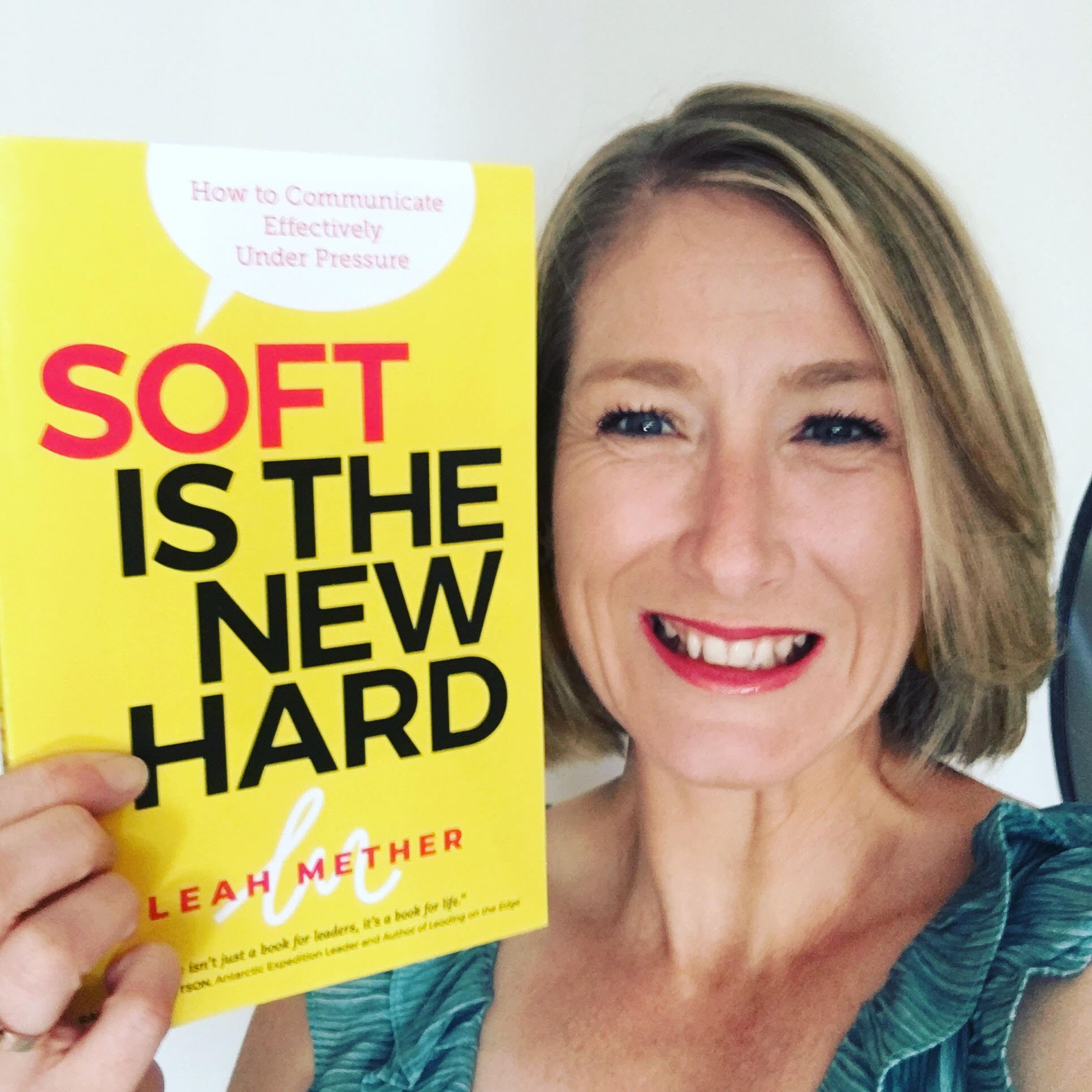 Ms Mether will today launch her book Soft is the New Hard: How to Communicate Under Pressure which features local stories and the importance of effective communication and soft skills in certain aspects of life, particularly in the workplace.

Ms Mether, a mother of three, describes soft skills as “non-job-specific skills and personal attributes that make someone good to work with – not just good at what they do”.

“It’s skills like communication, adaptability, emotional intelligence, empathy, leadership, team work, networking and all of those things that are really important to your success that a lot of us just haven’t been taught,” Ms Mether said.

Following on from the Christchurch massacre where 50 people where killed, allegedly by an Australian gunman, Ms Mether said the world fell in love with Prime Minister Arden’s leadership – mostly due to her soft skills.

“I think the misconception is that soft skills are weak skills. That showing compassion, that showing empathy makes you weak,” Ms Mether, a former Express journalist, said.

“But in fact the opposite is true – it’s making her a very powerful leader at the moment. She’s got everyone on board, she’s got the people behind her because she’s leading with warmth first and strength second.”

In one section of the book which looks at courage, Ms Mether talks about how her father, Ron Mether – Yallourn’s mining manager, handled the collapse of the Morwell and Latrobe rivers into Yallourn’s open cut brown coal mine.

“Rather than hide behind a communications advisor, Ron took personal responsibility for communicating a difficult message in a timely, direct, open and honest way to the community in which he had lived his whole life,” Ms Mether wrote.

She compares how her father communicated “effectively in a crisis”, with how Hazelwood owner GDF Suez handled the 2014 mine fire, describing the respective communication methods as “chalk and cheese”.

“I felt strongly at the time, and still do now, that GDF Suez’s decision to keep communication to a minimum and not have representatives speak at community meetings … was a tactical error,” the book reads.

The book also touches on how Ms Mether went through personal self development after her husband developed depression in 2014 while the couple had a newborn and two toddlers.

In the book, Ms Mether speaks about how she overcame “the darkness of this time” and the skills and strategies she developed which “I still draw on heavily now and make a conscious decision to practise every day”.

To purchase the book, visit leahmether.com.au.