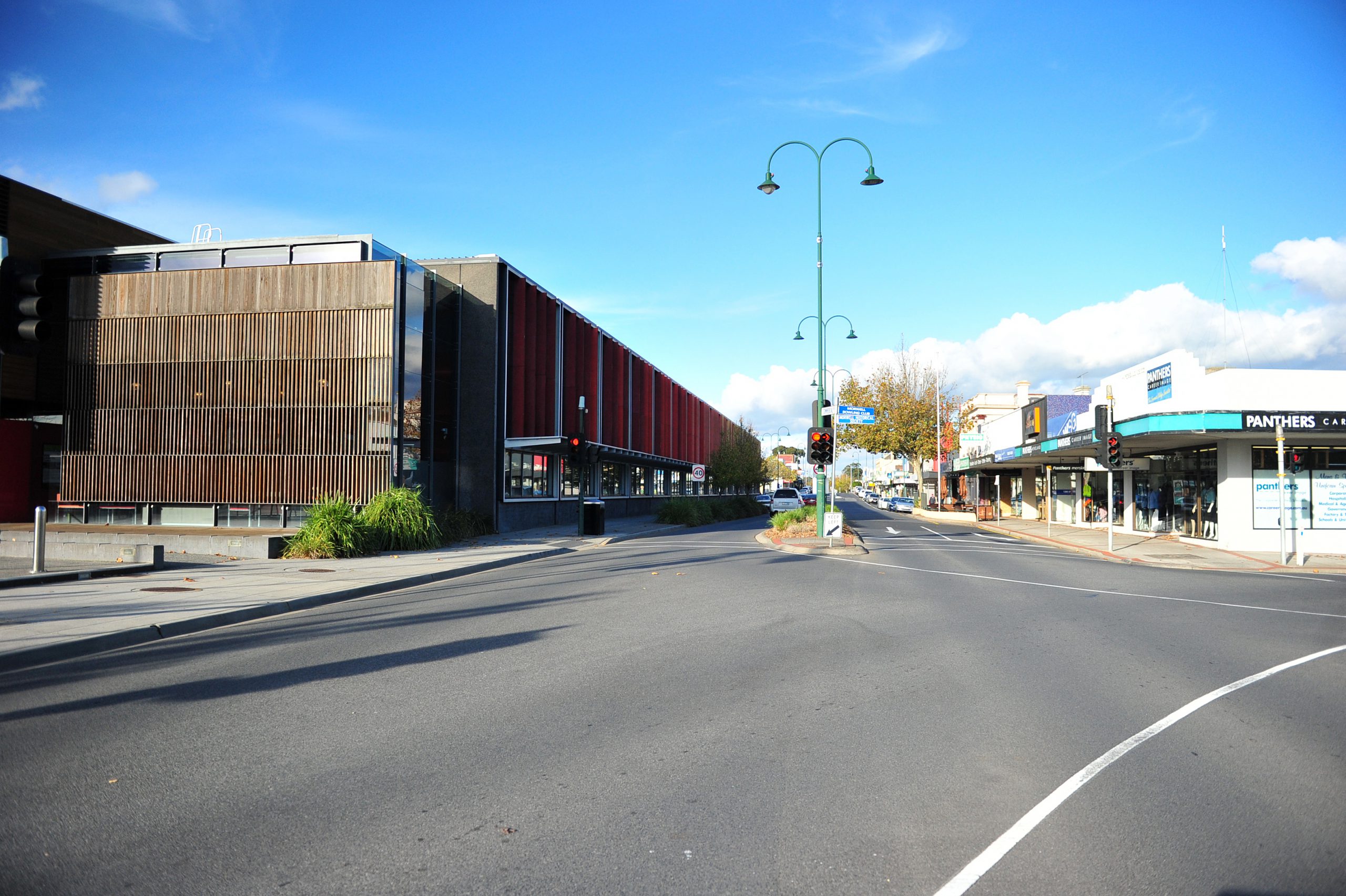 Some business-owners in the Moe CBD have observed the trend, reporting “regular” instances in which they have found people sleeping on steps and behind buildings.

Quantum Support Services’ Lindsay Jarvis said the “general consensus “of service providers was that signs of local homelessness were becoming “more exposed to the community”.

Mr Jarvis, who manages Quantum’s homelessness services, said historically in Gippsland homelessness had taken the form of “couch surfing” or individuals sleeping on the fringes of towns or “in rural bush”.

“However, we are starting to see that creep in, specifically in the Morwell area,” he said.

“You don’t have to look too hard to see people sleeping rough at night.”

He said conversations at a local government and federal level were beginning to identify a need for additional social housing to alleviate some of these issues.

“There is a significantly limited number of options, even rooming houses are well outside the scope of affordability,” he said.

“Increased housing options would certainly go a long way to mitigating some of these problems.”

Moe business-owner Pauline Lee, who has owned the Beehive Bistro and Bar for about 12 months, said it had recently become “really obvious that there is a lot more homeless people”.

Ms Lee said she regularly saw people taking shelter behind her business or in an adjacent alleyway, and had even arrived at work in the morning to find someone sleeping on her front steps.

“They have been living behind our dumpsters, where the town hall is in the alleyway,” she said.

“I don’t mind it when they sleep there but when they urinate … it is not nice.

“There needs to be more resources, it is not going to be a quick fix.”

Victoria Police Senior Sergeant Jan McNally, who is in charge of Moe Police Station, said she was aware of three individuals sleeping rough long-term in the Moe CBD area.

“Our main concern is their safety and referrals are made to supporting partner agencies,” she said.

“Once a referral is made, they’re safe and they’re not committing any offences, then police involvement basically ends.”

Senior Sergeant McNally said crisis accommodation and support was a short-term option, but would not provide a solution in the long term or address any mental health issues people may be experiencing.

Quantum executive director Cindy Pullar said temporary accommodation was “also starting to become limited” and said there was a definite need for more crisis accommodation in the Latrobe Valley.

Ms Pullar said she had observed an increasing number of families moving to the region from metro areas hoping to secure cheaper housing.

“What we are finding is that in the Latrobe Valley area, the cost of rentals is increasing. It is no longer affordable for families,” she said.

“We are working with families, and they might be on a full-time income, who still can’t afford the rental market.”

Member for Eastern Victoria Harriet Shing said homelessness was a “complex issue” that “often intersects with other issues” such as family violence, mental illness and substance abuse.

“We have committed $1 billion in additional homeless and housing support to intervene early and also to assist those at risk of homelessness and help them maintain their housing.

“”There’s always a big challenge around housing demands and we are investing $209 million to build an additional 1000 public housing properties over three years which will amount to homes for about 1800 Victorians.”