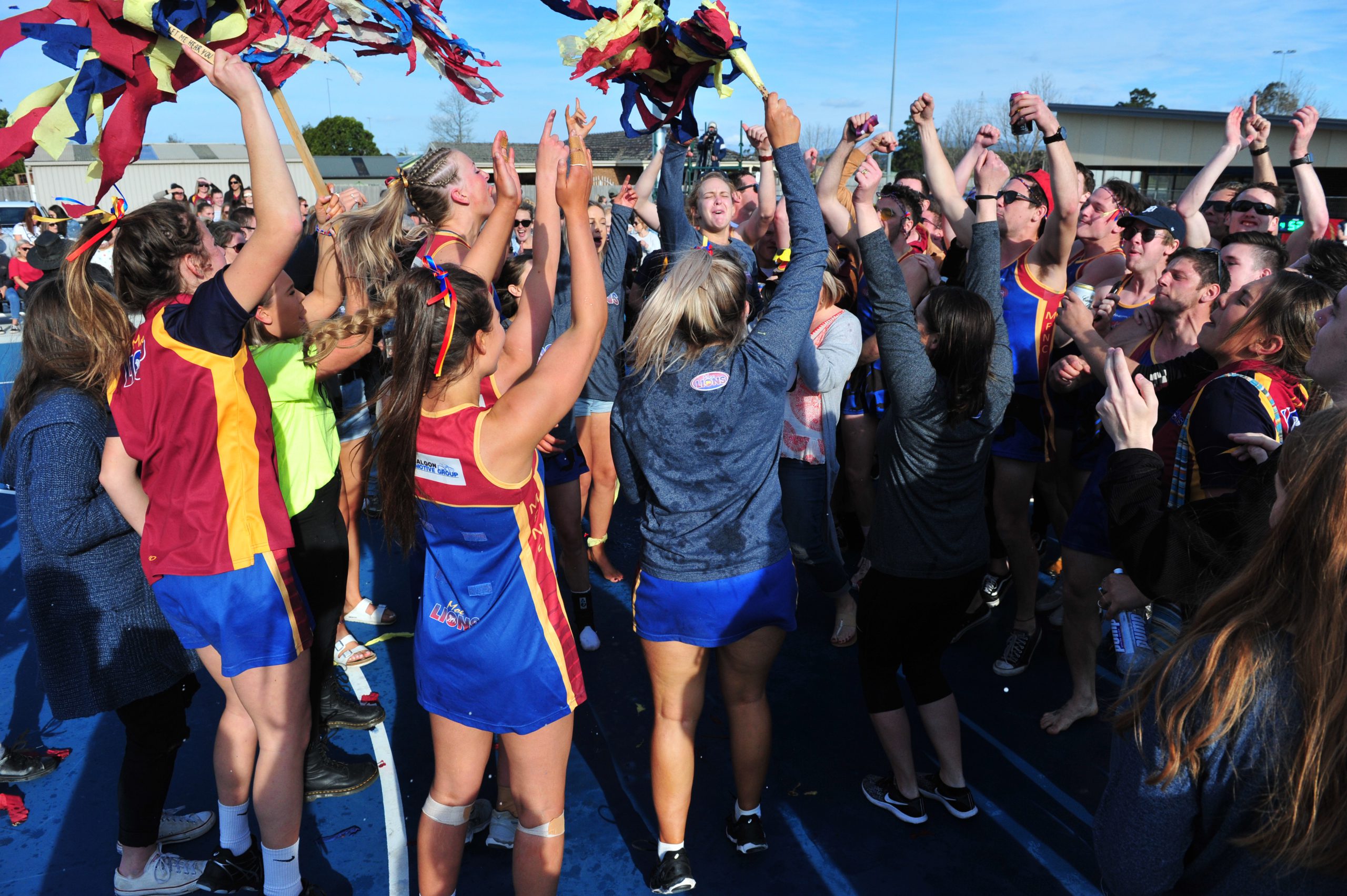 After making Moe history by becoming the first A grade side to win a flag, the Lions have become the hunted.

Coach Peter Moody will lead the young cubs into season 2019 and while expectations are high the squad isn’t looking any further ahead than round one.

“I think the excitement of winning the flag is still fresh and I don’t want to take that away from the girls,” Moody said.

“We’ve got a tough assignment first up in Morwell, so if we’ve got their heads in the clouds too much then we’ll come back down to earth pretty hard.

“There’s a fair bit of determination that they don’t want to be a one-season wonder. We want to be a respected premiership holder.”

Moody also said there had been vast improvement in the side during the off-season, citing centre Charlize Bird as an impressive preseason performer.

Fellow B grader Elise Sim, who played nine games in the A grade side last year, has also earned a permanent call up and will be flanked by guns Bird and skipper Sammy Waters.

Melbourne-based Jess Nieuwenhuizen will act as a permanent fill-in while goaling duo Georgia Moody and Bella Hodgson will again be hard to contain but will miss the first two weeks through representative commitments.

IN the wake of last year’s heartbreaking grand final loss to Moe, powerhouses Traralgon are back with redemption front of mind.

Injury interrupted the run of key players Stacey O’Brien, Ramayer Gourley, Kate French and Maddie Stockdale for much of the season and hampered their quest for back-to-back flags.

Traralgon have been a powerhouse in the A grade competition for the last five years and, with top-end talent and experience to burn, will be a front runner again in 2019.

The Maroons also took out the B grade flag in style last season and have plenty of stocks to call on for reinforcement should they need it.

RACHEL Tatterson has taken over as coach of Morwell’s A grade side and will be assisted by co-coach Rachel Patterson.

Tanya Budge, former Mid Gippsland league best and fairest runner-up, comes in from Thorpdale and will bolster the Tigers’ defence.

Also coming into the side is junior Isabella Rosato, who will step up into the A grade mid court, as well as Steph Wilson, Maddy Bond and Lexi Bowe.

The Tigers have flagged a premiership as a goal well within reach.

They believe the list changes are enough to give them an edge and help them back to the form that won them the title in 2014.

Co-coach Katelyn Wheeler cited a stable playing roster as a big plus for the Redlegs’ A grade side ahead of the 2019 season.

With finals in mind, Bairnsdale racked up seven wins to finish seventh in season 2018 despite converting more goals for the season than Maffra and Warragul who finished in sixth and fifth, respectively.

“We’ve had a really low turnover which is really good,” Wheeler said.

Sister Ashleigh, who is pregnant, will serve as co-coach again but will step down from playing duties.

“We’ve also lost Emma Richards who was our wing-defence and has moved onto Melbourne,” Wheeler said.

“We bring up one junior in Macy Tatnell who is an all-rounder, so she can play all seven positions and was last year’s under 17 captain and best and fairest and club rising star.”

Matilda Alvin also comes into the lineup from the East Gippsland league where she was a league-winning goal-keeper.

“As a team, this year we want to make finals. We finished middle last year but this time we want to pick up where we left off and we hope we get a couple of wins in the early parts of the season when other teams are trying to settle,” Wheeler said.

THE Parrots could only muster four wins in the 2018 season, all within the first nine wins, and went from round 10 through to round 18 without a win.

Leongatha will kick-start their season against Maffra on Saturday.

AFTER narrowly missing out on a spot in the post-season last year, Maffra will be keen to go one better this season.

A string of three straight losses to close out the 2018 season meant the Eagles were pipped at the post for a finals berth.

This weekend they travel to take on Leongatha who they beat in both home and away encounters last year.

The Eagles sealed back-to-back under 17 premierships and C grade flags in 2018 so have no shortage of up-and-coming talent to call on.

DROUIN were again a force to be reckoned with in 2018 but found themselves at the mercy of eventual premiers Moe in the semi-final after making it to the last hurdle in 2017.

The Hawks will kick-start their season campaign against arch-rival Traralgon in a rematch of the 2017 decider where they were outplayed by 13 goals.

FOUR wins on the trot to close out the home and away season helped Warragul snag the fifth and final spot in the 2018 post-season.

They were bundled out in the first week by Drouin but put the rest of the competition on notice in the process with an intense and fast style of play.

The Redlegs will kick off their season with a trip to Sale to take on the Magpies.

WOODEN-spooners Wonthaggi may have only managed just two wins for the 2018 season but the only way is up.

They managed two wins for the year and will get their season underway against Warragul at home this weekend.

THE Magpies won four games in season 2018 and will be looking to build on that this year.

Their under 15 and under 13 sides both took out flags last season so there are plenty of young guns coming through the ranks.

Sale will host Bairnsdale in their season-opener on Saturday.