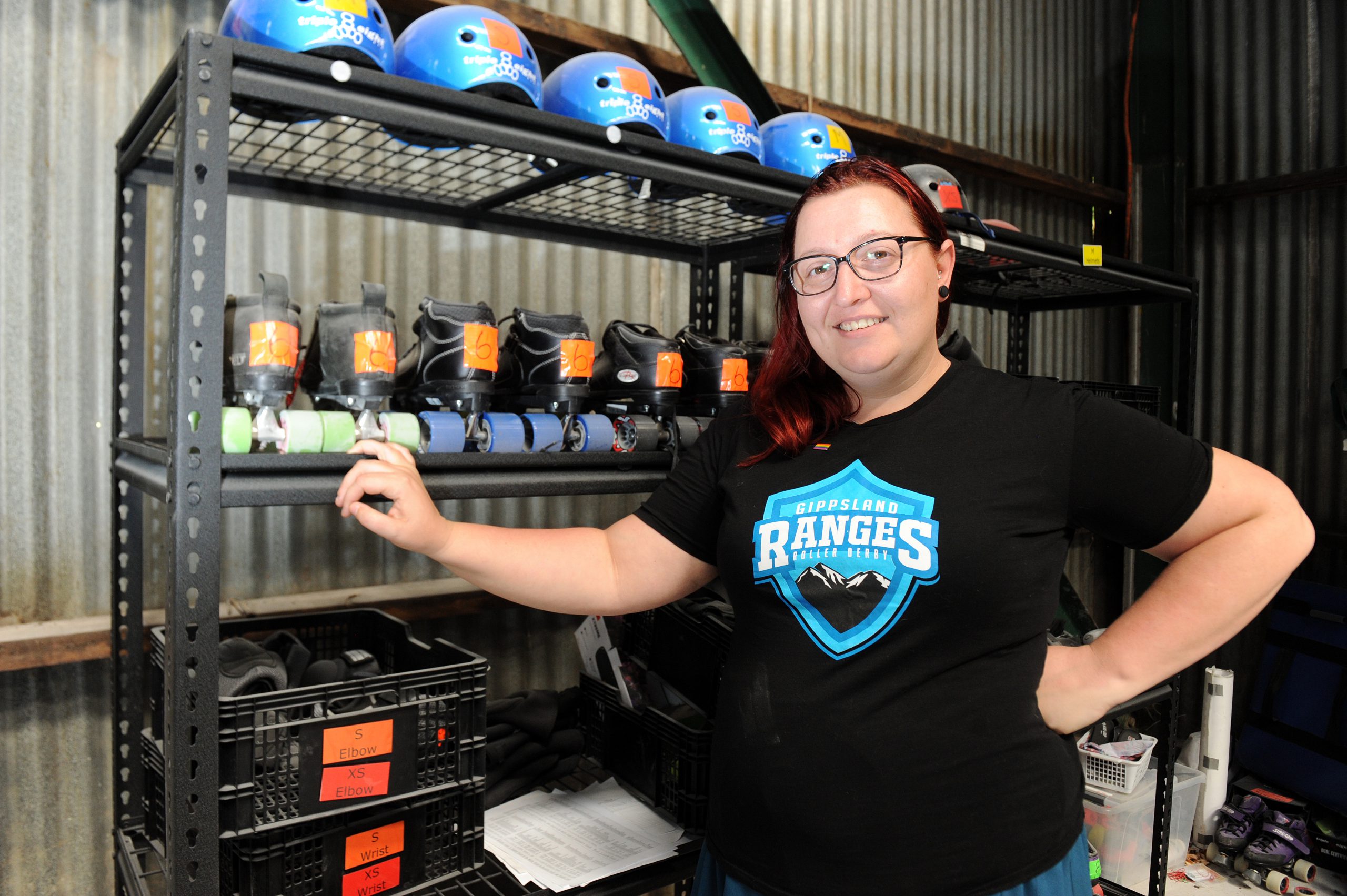 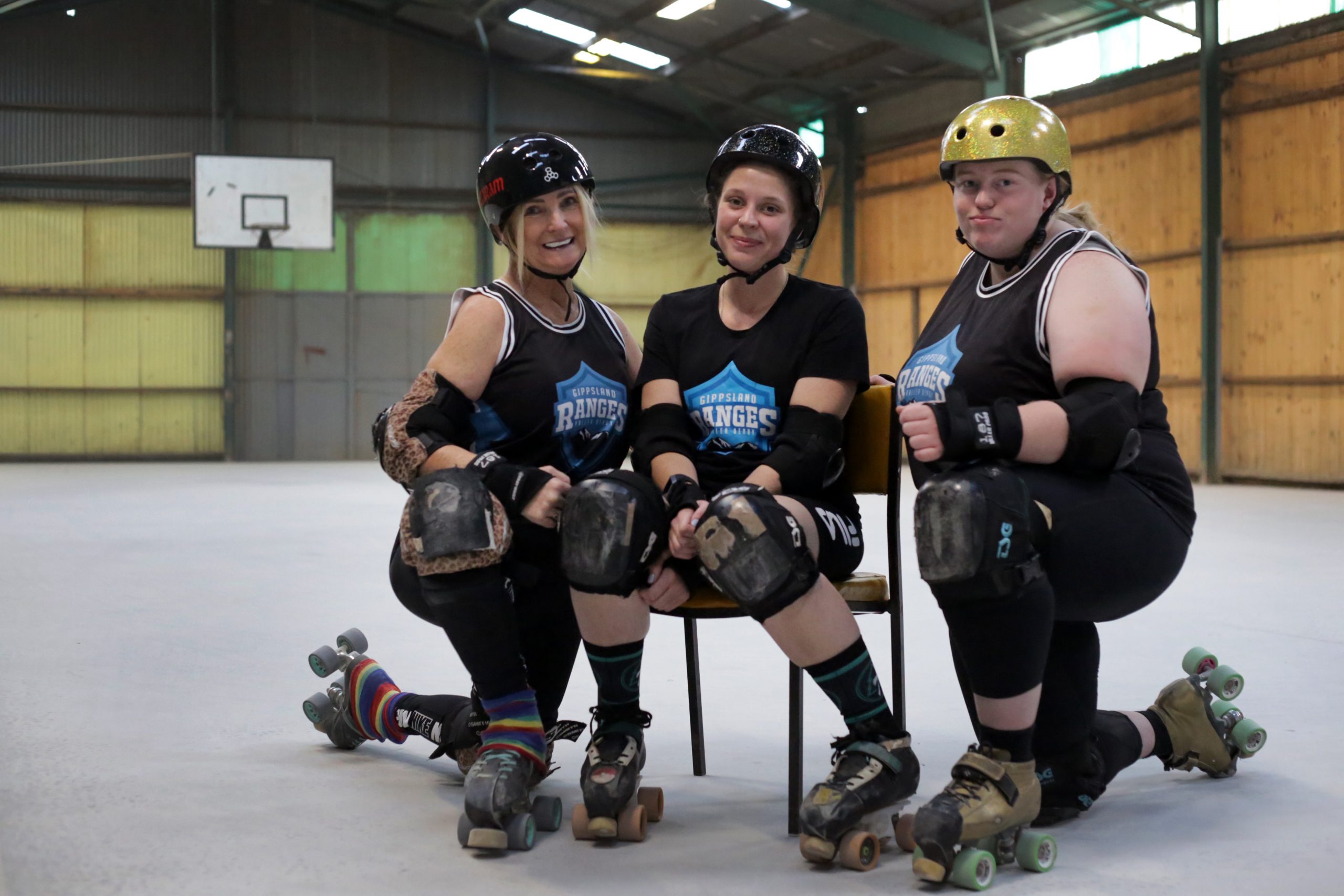 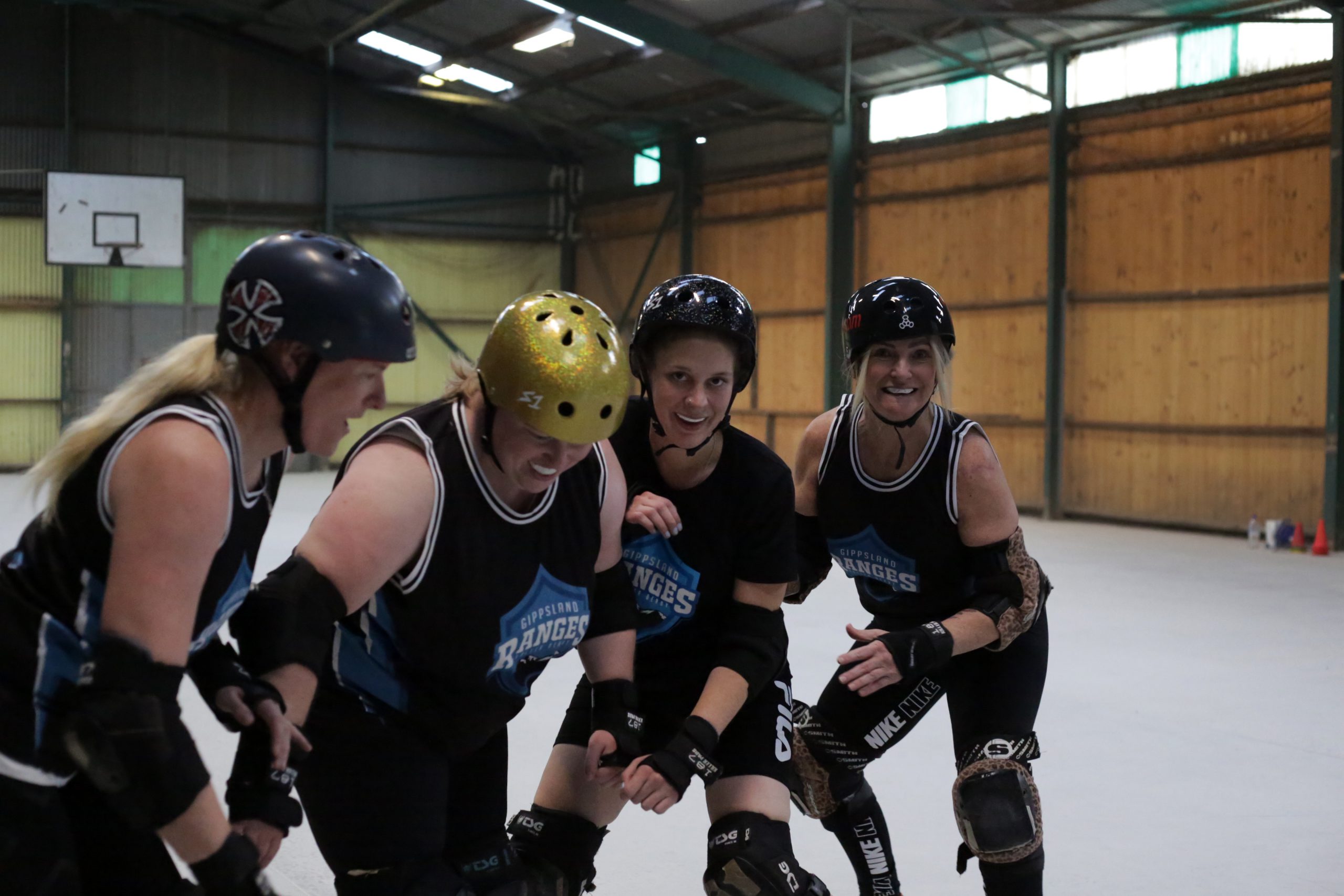 “I couldn’t see it,” Caitlin Grigsby, the president of Gippsland Plains Roller Derby, said faced with an old agricultural shed and the vision to clear it to become a sports training ground.

Removing walls of chook pens and the stench of animal urine were just some of the tasks ahead.

But today, not a whiff of a possum’s inhabitancy is noticeable within its four walls at the Traralgon Recreation Reserve.

The immaculate grey floor is the star, which Ms Grigsby said was like a “cloud” when the skates rolled over it.

With one massive undertaking crossed off, the nine-year-old roller derby club is leading a new project that aims to reach much further.

In that process she said she accidentally discovered about 30 per cent of the members identified as LGBTQI.

“It’s always been a joke [roller derby] is a place for the outliers. When you don’t belong anywhere else, you belong here. And I think that’s really testament to that,” she said.

Further in her search she found some data that would “legitimise” their case.

The marriage equality postal survey in 2017 had a “devastating” effect on the local LGBTQI community and its effects lived on past the media spotlight, she said.

“Yes I can marry my wife but the toll it has taken on the community can’t be underestimated and there is now powerful data to support that and if we can do one tiny little thing then we’ve got to,” she said.

“I was handed in November a piece of paper from the Gippsland Primary Health Network around suicide prevention initiatives for the LGBTQI community because we are in crisis. We’re a hot spot for lack of a better word in Gippsland.”

Another discovery in her research was the national participation rate in sport for LGBTQI people was 2 per cent, she said.

The club wanted to build on the successes from Pride Cup’s presence in Traralgon with rounds in football, netball and tennis and make an event that was not just for the general community but specifically for the LGBTQI community.

A successful grant later, the roller derby club has led the charge on planning a trio of events.

“That’s what happens when you get a big bunch of powerful women together in one space. They don’t sit silent very often,” Ms Grigsby said.

“It’s an army of people that want to fight the right way.”

But the initiative has had them “terrified” at times – but not for the fundraising.

“We walked down the main street of Warragul the other day with a drag queen, which I admit was nervous about,” Ms Grigsby said. “We were welcomed.”

Ms Grigsby is now the chair of the Gippsland Pride Initiative.

One of the events will be the first Australian Pride Cup of roller derby to showcase the sport Ms Grigsby describes as “like playing chess while having bricks thrown at you on roller skates”.

“Come see us and see us play our sport that we love and that welcomes the queer community,” she said.

Another event will be a forum aimed at cutting fear in the community.

“People are so frightened of putting a poster in their store because they don’t want to invite negative response … all we want to do is simplify the conversation,” she said.

The third event will be the Gippsland Pride Gala.