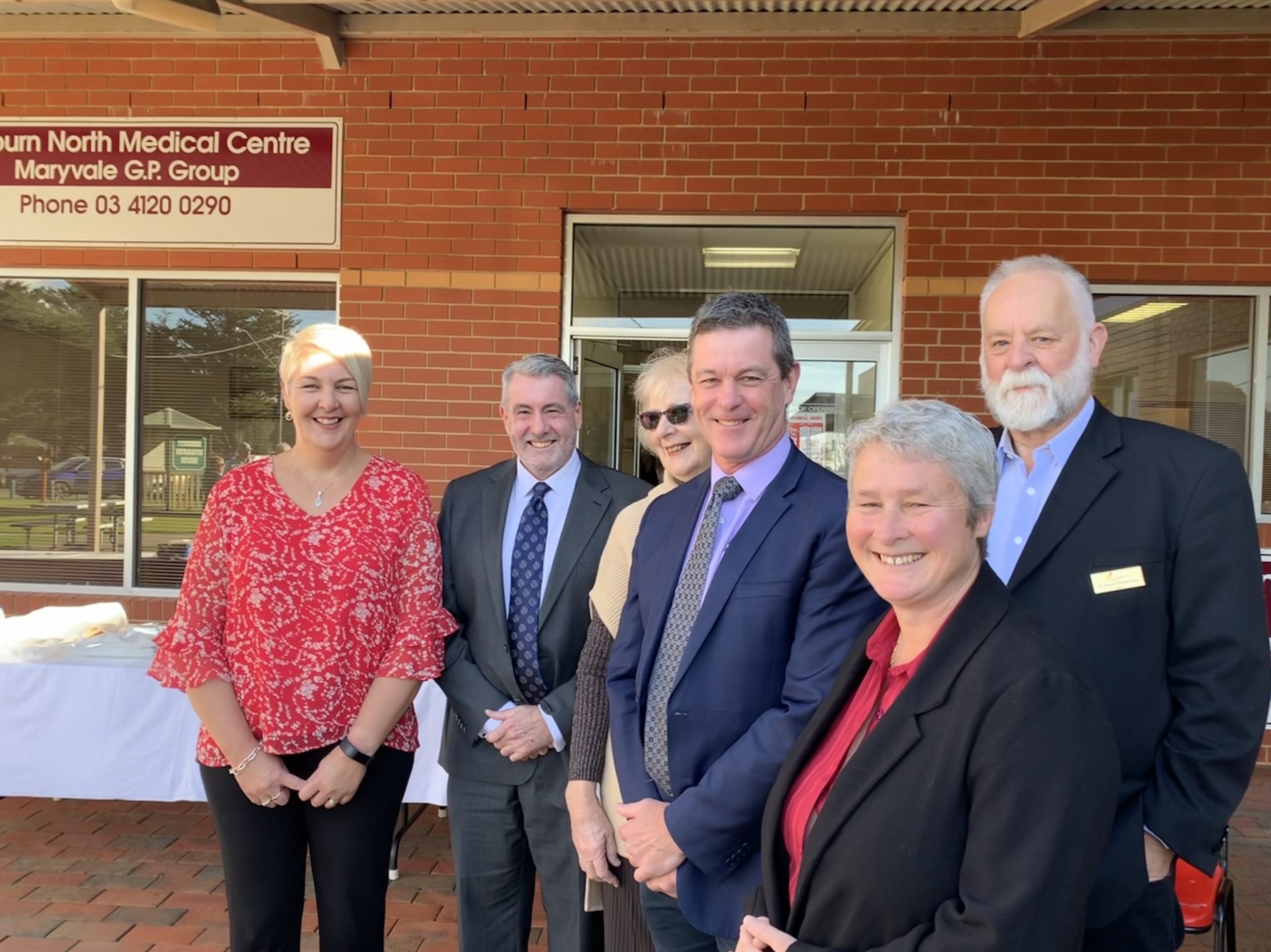 The Yallourn North community celebrated the return of GP services to the town on Monday.

The town has been without a GP since about 2017 and members of the Yallourn North Action Group have been working hard to bring the service back.

Yallourn North Action Group president Marg Gaulton said the group had worked closely with Latrobe Health Services, which owns the building in which the new GPs operate, to actively search for a medical practice that was willing to operate out of the town.

The recommencement of GP services in Yallourn North follows reports in The Express earlier this year detailing severe doctor shortages in the region, with some people describing the dearth of doctors in the Latrobe Valley as a “crisis”.

Ms Gaulton said it was important for community members to have easy access to GP services.

“The need is the same anywhere, particularly as there has been a bit of a crisis in the Valley recently about having enough GPs to service the community,” she said.

“Of course, we have approximately 1500 people in Yallourn North, they most definitely need servicing.”

She said it was often difficult for people who don’t drive to access GP services in nearby towns.

“Those people who don’t drive, it is often because they are unwell or have a disability, so getting into major centres isn’t always easy for them,” Ms Gaulton said.

“If they take public transport they can get to their appointments but there is a lot of waiting involved, so for a sick person that is undesirable.”

The opening of the new GP services was celebrated with a barbecue breakfast on Monday put on by the fire brigade.

“We’ve got a village-type atmosphere here, so having some of those basic services is part of drawing members of the community together,” Ms Gaulton said.

Latrobe Health Services chief executive Ian Whitehead said the outcome had been a group effort and a reminder of what strong community partnerships could achieve.

“Our vision is to ensure we’re supporting and giving back to our community, and we simply couldn’t have done it without the strong advocacy from Yallourn North Action Group, together with driven and committed GPs from the Yallourn North Medical Centre, working toward the same goal,” Mr Whitehead said.