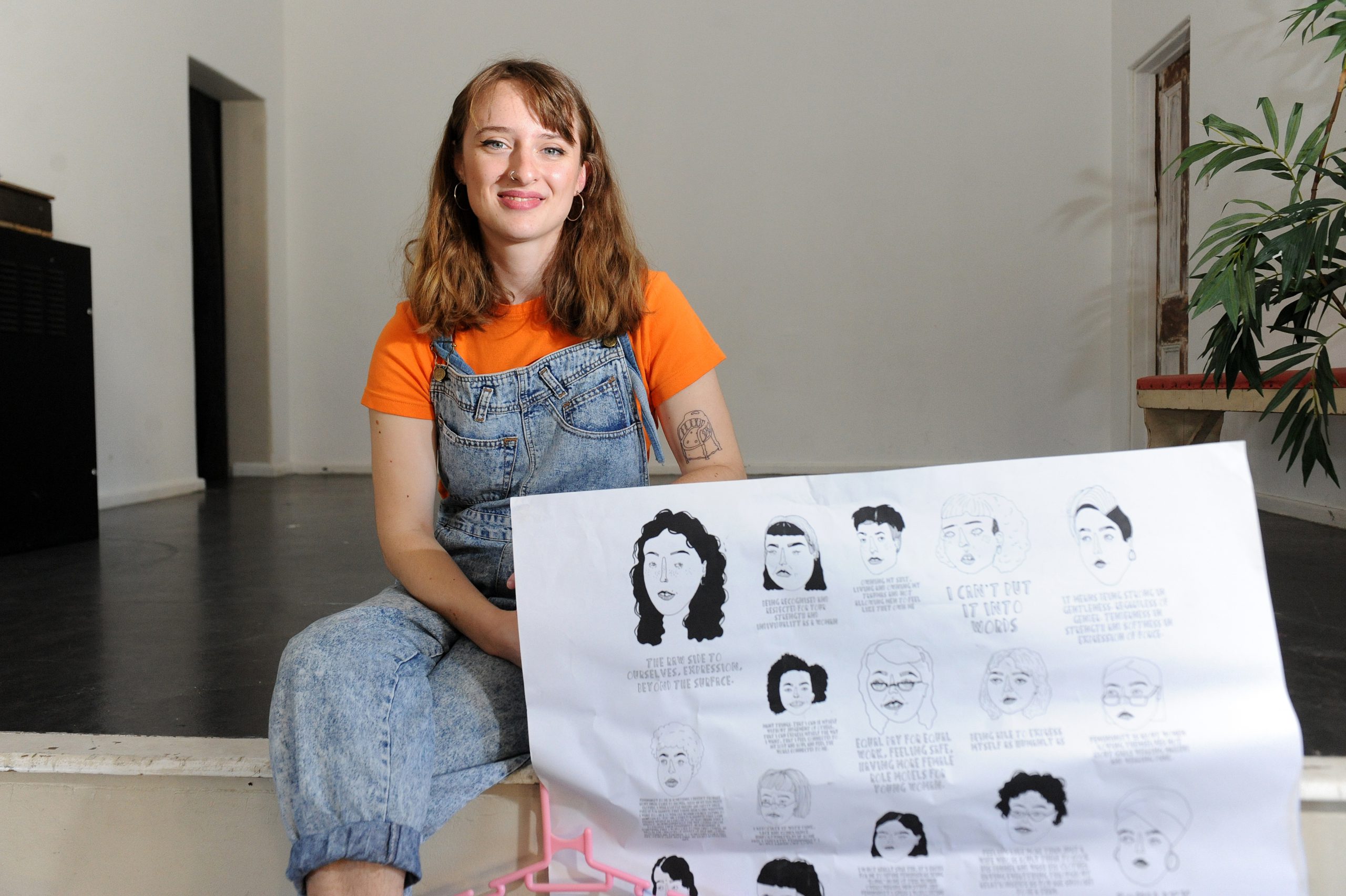 A Traralgon fine arts student questioned local women on whether they thought living in Gippsland limited their opportunities.

“I was expecting quite a lot of answers about having to move to Melbourne,” Grace Ware, a Federation University student, said.

“But a lot of answers were they knew they had opportunities but had to work a lot harder to achieve them, which I found quite interesting.”

Ms Ware, 21, is finalising an art series named Gippslandian Women which has grown from anonymous surveys and one-on-one interviews she conducted with local women.

Another unintentional finding came from posing a question on femininity but receiving many answers on feminism, a social movement advocating for women’s rights.

It revealed “miseducation” about the two concepts but also the “overwhelming support women have for other local women”, Ms Ware said.

“For me, being a woman can feel a bit isolating. I didn’t feel I had that many role models for me locally to look up to,” she said.

Ms Ware believes the Latrobe Valley is “getting somewhere” in terms of gender equality but she hopes for more positive female role-models locally.

Her work comes alongside a campaign by Gippsland Women’s Health which aims to strengthen the voice of regional, rural and remote women before the federal election.

The Sale-based agency advocates for gender equity and is pushing for government action on gender equality, improving women’s sexual and reproductive choice and preventing violence against women – all aiming to improve health and wellbeing for women.

“If you’ve got gender equality, the culture has changed so we respect women’s choices, women have equal representation, they feel empowered and there is a reduction of violence against women and family violence.”

Only two out of six chief executives of local government areas in Gippsland are women and the agency is arguing the voices of women may not be heard unless they are represented across all areas in communities, business and government.

The 2016 Census found 49.1 per cent of women in the Latrobe local government area were earning below the minimum wage, compared to 33.4 per cent of men.

“These are conversations not had with local candidates,” she said.

Gippsland Women’s Health would like to see a national strategy aimed at training doctors and pharmacists in areas of sexual and reproductive health to help address the “unique” barriers women in regional and remote areas face such as transport and social isolation.

Another issue revealed in Ms Ware’s survey was many local women found they did not know the right terminology to discuss their body with their GP.

Ms Gillham said women being better informed should be coupled with more training for general practice to address “both sides of the equation” when it comes to supporting women’s reproductive choice.