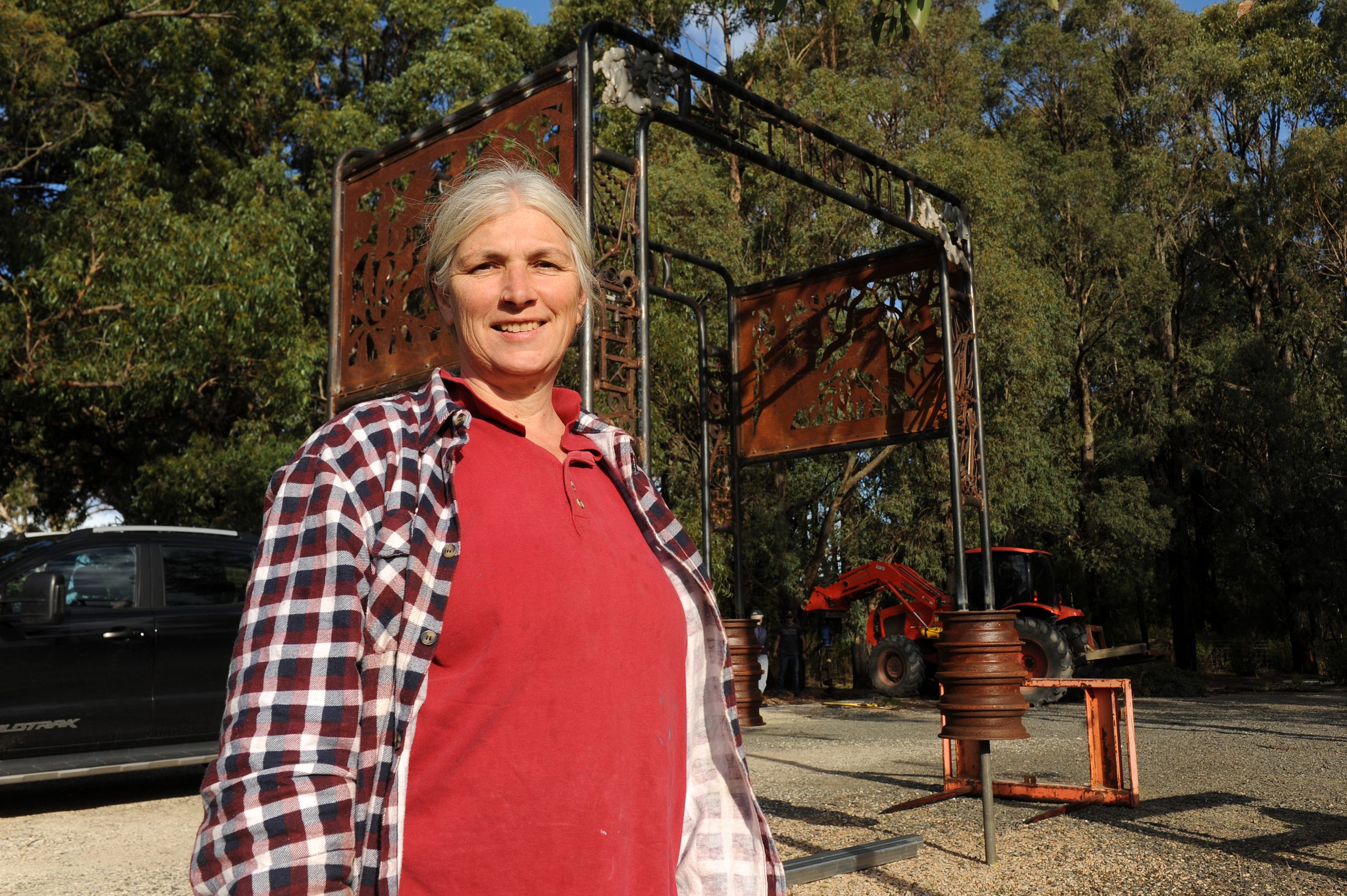 Old pram wheels, drill bits, railway bolts and the internal rim of a meat mincer are just some of the items that have gone into the creation of a sculpture at Traralgon South.

While the materials may seem haphazard, each object has something in common. They were all relics salvaged from properties affected by the Black Saturday bushfires.

The project began when Ms Caminiti was offered some scrap metal from a property affected by the Black Saturday fires for use in her own work.

However, with the support of the Callignee Hall committee, the Traralgon South and District Association, Men’s Shed and the state government, along with a grant from Regional Arts Victoria, the project grew to become a memorial sculpture located in the Callignee memorial garden.

Slowed by “the whole of Gippsland [going] up in fire” in early March, Ms Caminiti said it had taken a little while for the material to come in. In the end, there was more than enough scrap metal and other bits and pieces for her to work with.

“I’ve really been working on it, I was at the shed a couple of times a week,” she said.

The crew at the Men’s Shed, where Ms Caminiti was working, were “an enormous help” and she described the process as a “big team effort”.

“There has been a lot of really lovely comments [about the sculpture],” she said.

“As an artist, I live in

Gippsland but I’m not part of that community – the people have entrusted me with their relics, with their memories, and I felt the responsibility to try and do that honour.”

Some of the donated materials not used in the sculpture were returned to their original owners, however, Ms Caminiti said the whole project, as it was titled, was about “letting go”.

“There was a whole variety of things in there … there were things that I know not what they are and I’d say ‘ooh that is interesting, I wonder what that was’,” she said.

“That as part of the fascination, I think.