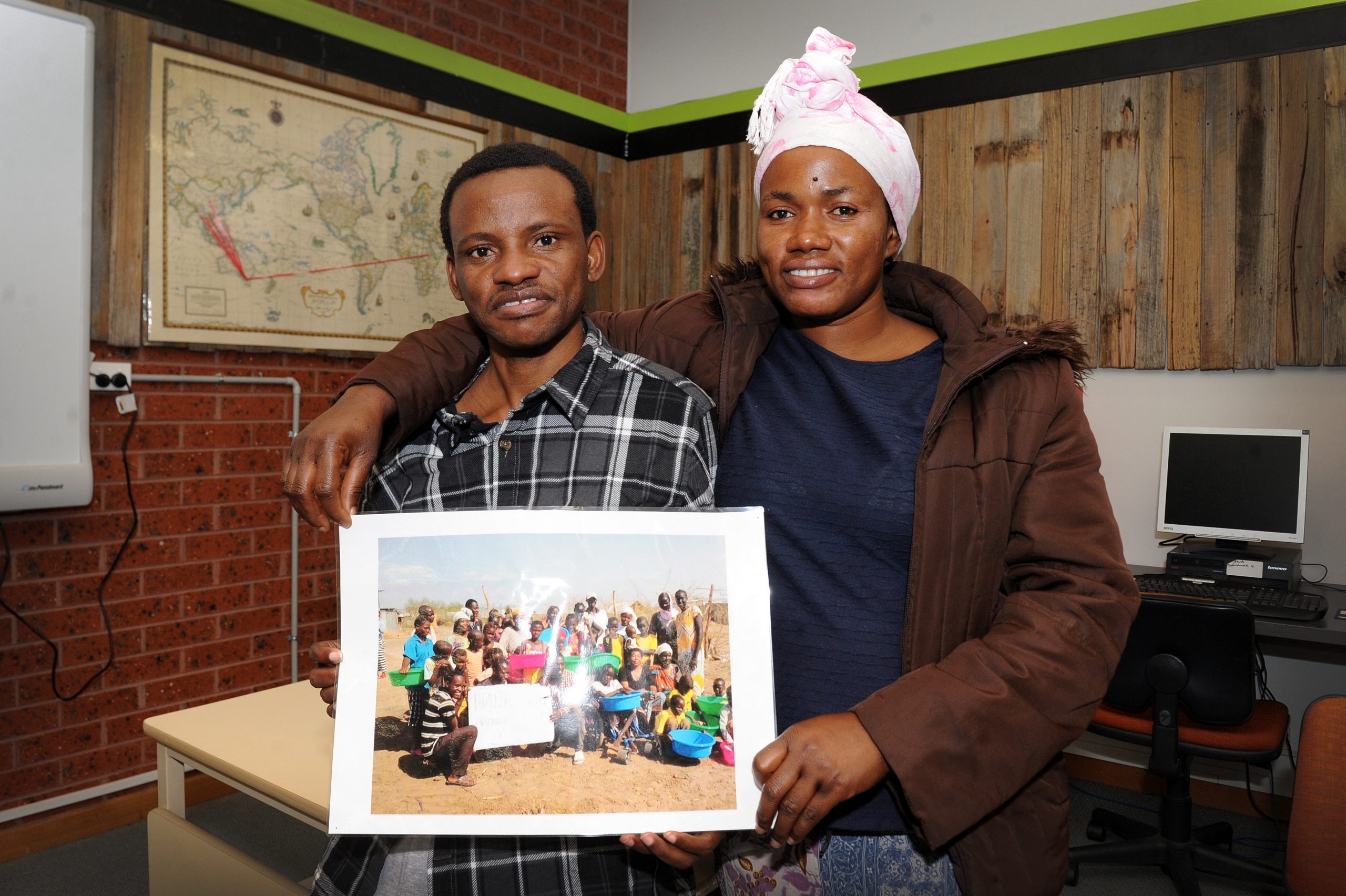 Flames had erupted in Nyange Musombo’s house as he woke his pregnant wife Victorina.

“I tell my wife ‘we have to go, we have to leave this place’,” Mr Musombo, now a Newborough resident, said.

Noise grew from the street as he realised it was a targeted attack on their central African home.

Leading the assault were the members of a charitable organisation founded by Mr Musombo’s grandfather Andrea, Mr Musombo said.

His grandfather, a trader and pastor in the Democratic Republic of Congo, had passed away aged 86, entrusting his charity to his grandson.

But its members turned sour after Andrea’s death and felt “jealousy” and “hatred” towards Mr Musombo.

“During the night, they came, they sent some people,” Mr Musombo said.

Later he was slapped and tortured by corrupt police, refusing to let him fairly prove his entitlement to the organisation.

Next came the raids on his home, which is when he and Victorina fled to the waterfront to board a boat across the lake to neighbouring country, Burundi.

It was the start of a decade-long process of finding a safe place to live.

“When we were in the middle of the sea we didn’t know if in the boat there were bad people who were against the government’s law so in the boat they started making us [feel] threatened saying they are going to kill you,” Mr Musombo said.

In the baggage department of a freight truck, hiding from the fear of death, they travelled through several East African countries until they reached Kenya, where they heard refugees had a better life.

There they spent 10 years in a huge Kenyan refugee camp named Kakuma which has a population of about 180,000 people.

“In Kakuma it can rain once a year or twice a year.”

When Victorina was wrongly accused of blocking one of the few water sources in the camp with a stick, it led them to be resettled in Australia.

After four months in Newborough, Mr Musombo is seeking to continue the work his grandfather started and provide aid to the people of Africa.

Mr Musombo has a registered not-for-profit organisation named CRODEVU (Community Orphans Disabled Enable Vulnerable Unit) he founded in the Kakuma refugee camp, to help its people and promote their rights, education and welfare.

“I fear the refugees are suffering so as a human being I can’t stay like this as I came here and I want to help them,” he said.

“Hopefully this can make them hope because many people there lose hope of leaving.”

Without lighting in the camp, Mr Musombo said people could not see the deadly insects, scorpions, spiders and snakes inside homes.

“So many people had passed away,” he said.

Giving them lighting would not only improve their safety but help children read at night, he said.

“What I’m hoping … is the local people here can help me to support those people,” he said.