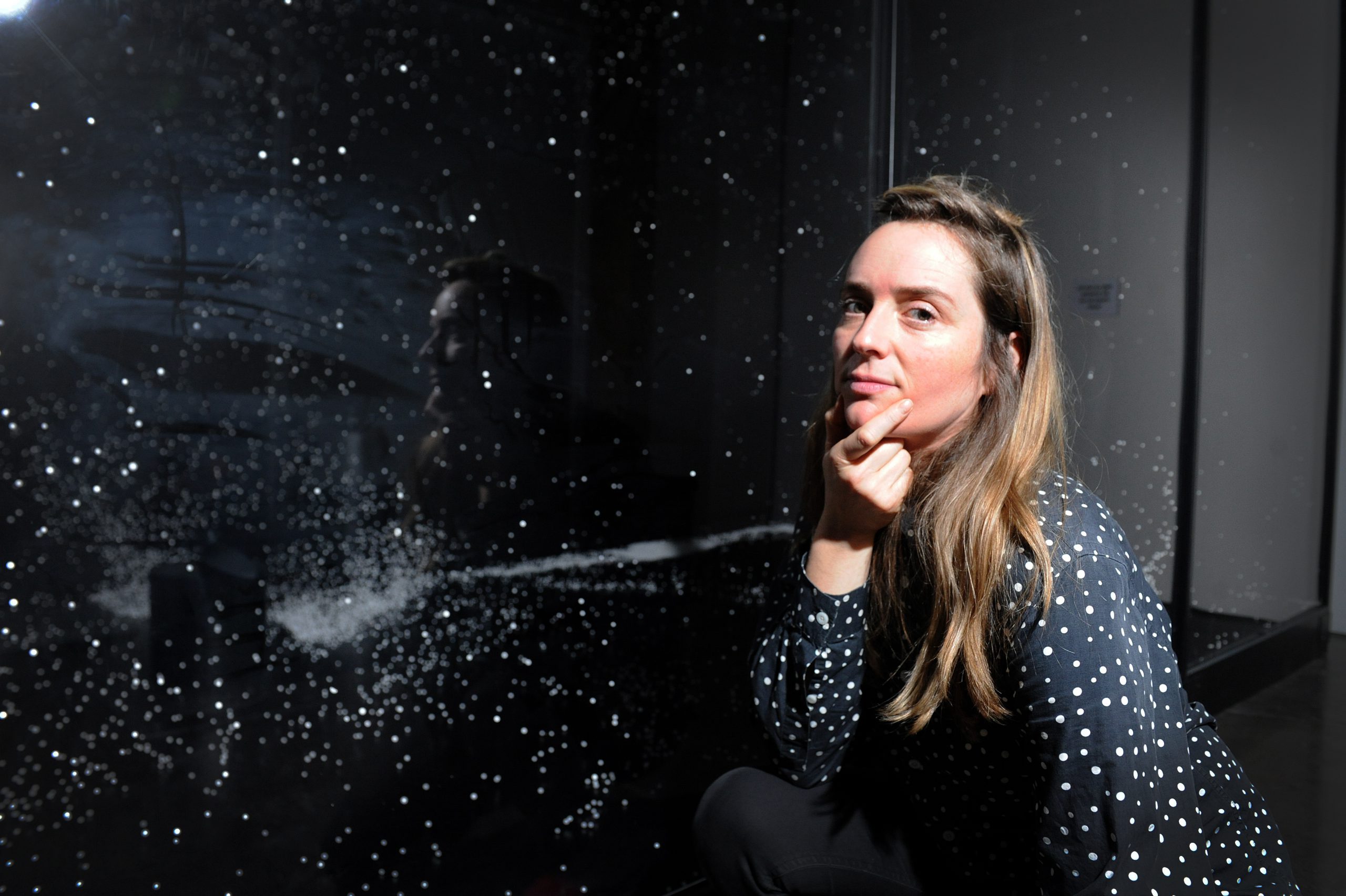 The everyday person would know about turbulence from knuckle-whitening moments on an airplane.

As the trays clatter and babies start to cry, passengers’ minds are likely far from considering the beauty of the scientific phenomenon at play.

Scientists and artists have now come together to illustrate the science of turbulence, with its stage a black chamber.

The work, A Hierarchy of Eddies, is on display at Latrobe Regional Gallery, Morwell.

Through swirling patterns in the chamber, the art-science experiment shows how turbulent eddies can form as a physical outcome of the movement of fluids.

These scientific principles can be observed daily, like when the smoke rises from burning incense, or clouds form in the sky.

“The most obvious thing is looking at the way that a river behaves,” artist Briony Barr said.

“Like watching clouds, you know the clouds are going to morph into these different shapes.

“In the language of complex systems you would call that emergence. What emerges out of this system and the unpredictability of what emerges is really engaging and mysterious and beautiful and unpredictable.”

Barr is part of the Melbourne-based art-science collaborative with microbial ecologist Dr Gregory Crocetti, Scale Free Network, which teamed up with University of Melbourne astrophysicist Professor Andrew Melatos to create the work.

“People think that art and science is really opposite and it is in some ways but I think there is a genuine curiosity on both sides in how the world works,” Barr said.

“As long as the artist and scientist keep curiosity and value each other’s process I think you can create outcomes that neither party would be able to achieve on their own.”

Science becomes art in the execution of an idea, Barr believes.

“Let’s say I did a pretty picture of the formula on a blackboard, it doesn’t invite much curiosity. It maybe limits the way people would engage with it so it’s about opening up new audiences and new ways of seeing ideas from science,” she said.

“I think it’s about taking the scientific principle somewhere else and reframing it and exploring it in a way that’s not just about science communication.”

A Hierarchy of Eddies is on display in Morwell until June 30 and is part of a national roadshow touring until 2020.