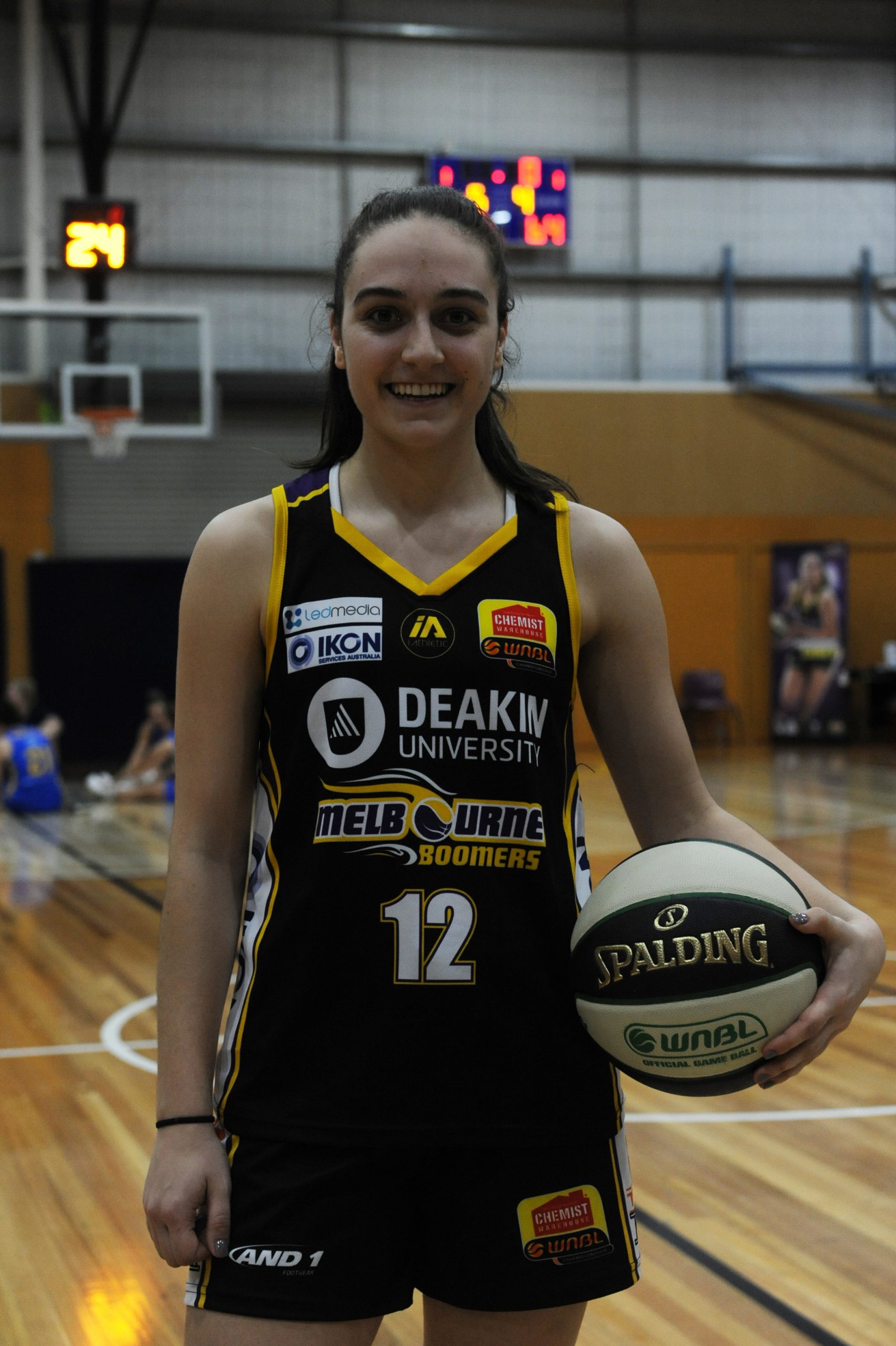 Former Traralgon resident Chelsea D’Angelo has continued to shoot goals since flying the coop and making the move to Melbourne to pursue her burgeoning basketball career.

The 19-year-old signed with the WNBL Melbourne Boomers in late 2017 and has enjoyed a breakout season 2019 in her first year on the roster.

Earlier this year, D’Angelo capped off her sixth and final year with the Victorian squad with a gold medal at the national under 20 championships.

She impressed so far as to earn a spot at the selection camp for the under 19 Australian Gems team.

In a field of 18 hopefuls, she was a standout and was gifted her green and gold guernsey for the World Cup in Thailand next month.

“I really wasn’t expecting to make it,” D’Angelo said of her Gems’ selection.

She will jet to France to take part in a World Cup lead-up tournament at the end of the month before taking the court with her Australian teammates in Bangkok in July.

“I’ve played with a lot of them before and I think there’s about six Victorians in the team and we all played together at nationals,” D’Angelo said.

The scoring guard is likely to play a key role in the Gems’ chances on the world stage and is prepared to take on the responsibility.

“It was a really good season with the Boomers in my first year on the roster,” D’Angelo said.

“I’ve been working really hard at training and in the gym and I think I developed a lot as a player and my coach was really pleased.”

In her second year studying law at Deakin University, D’Angelo is also in the midst of her first season with the Nunawading Spectres who sit fifth on the ladder in the fifth in the 18-team competition – in the inaugural year of the NBL1 league.

“We’re doing really well at the moment,” she said.

“It’s just great exposure, it gets your name out there and they’re constantly using social media to get all the players’ names out there.”

With another two years remaining on her four-year Boomers contract, D’Angelo has no plans for the immediate future but is enjoying study and basketball in equal measure.

“I’ll maybe play in Europe afterwards, I’m not really sure,” she said.

“I think I’ll keep playing as long as I can and maybe follow the law pathway because it really does interest me and I’m really enjoying it.”

The Australian Gems will vie for the under 19 World Cup in Thailand from July 20 to 28.