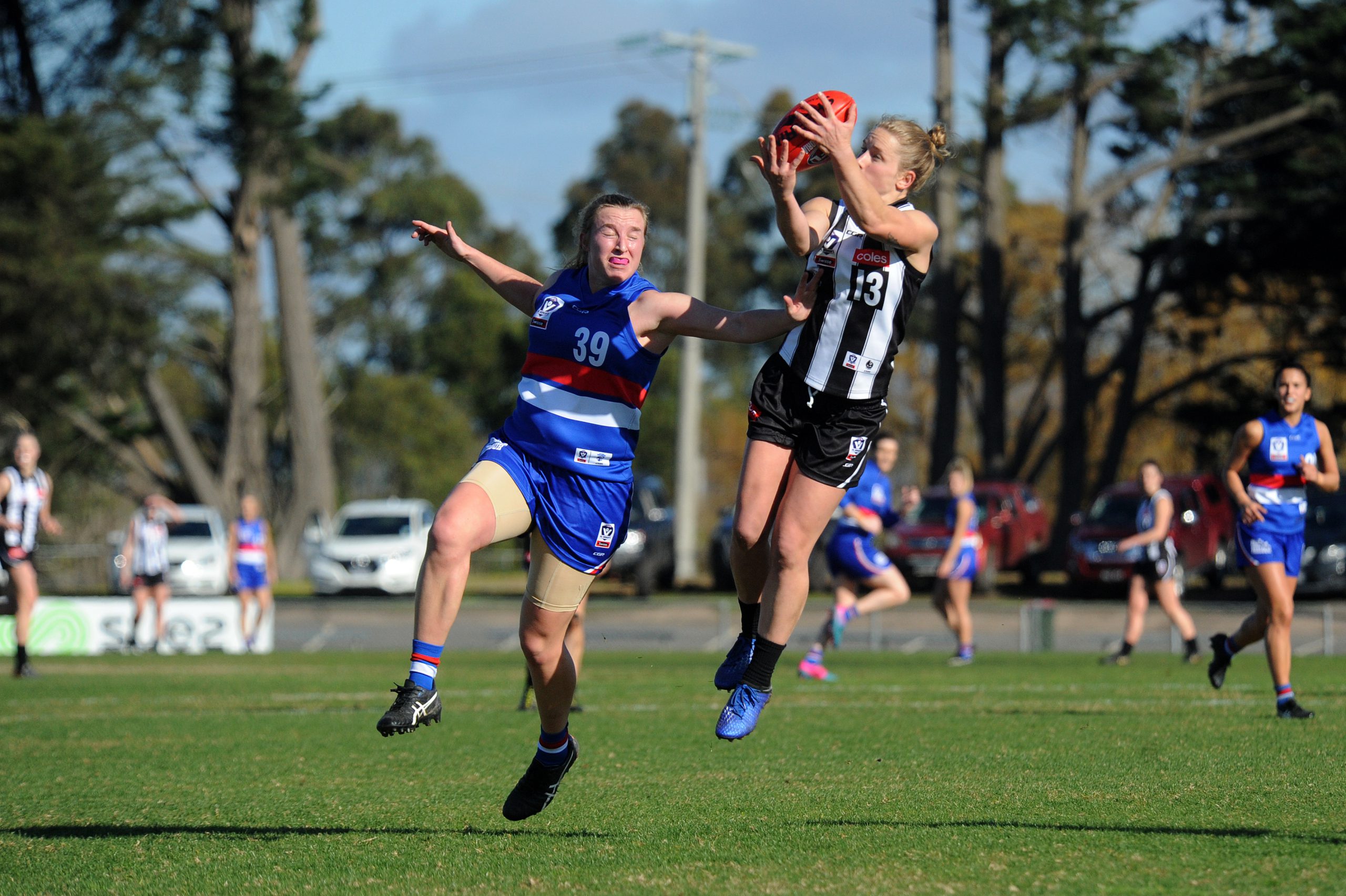 Collingwood made their trip down the highway to Gippsland one to remember with a dominant 74-point win over the Western Bulldogs in VFLW action at Morwell on Saturday, 13.5 (83) to 1.3 (9).

The Bulldogs were held goalless to half-time with their only major for the day courtesy of Lauren Dundon in the third term.

In the first of two home games scheduled to be played at Morwell Recreation Reserve, the Magpies burst out of the blocks with three early goals while holding the Dogs to no score in the first quarter.

Another four majors in the second term to the visitors’ solitary point stretched Collingwood’s lead to 42 points at the main break.

The flow of goals was stemmed in the third quarter and the Magpies were limited to just two goals but four quick-fire majors from Jaimee Lambert to start the final quarter led the side to victory.

Collingwood maintain their stranglehold on the competition and sit on top of the VFLW ladder after seven rounds with six wins and one loss.