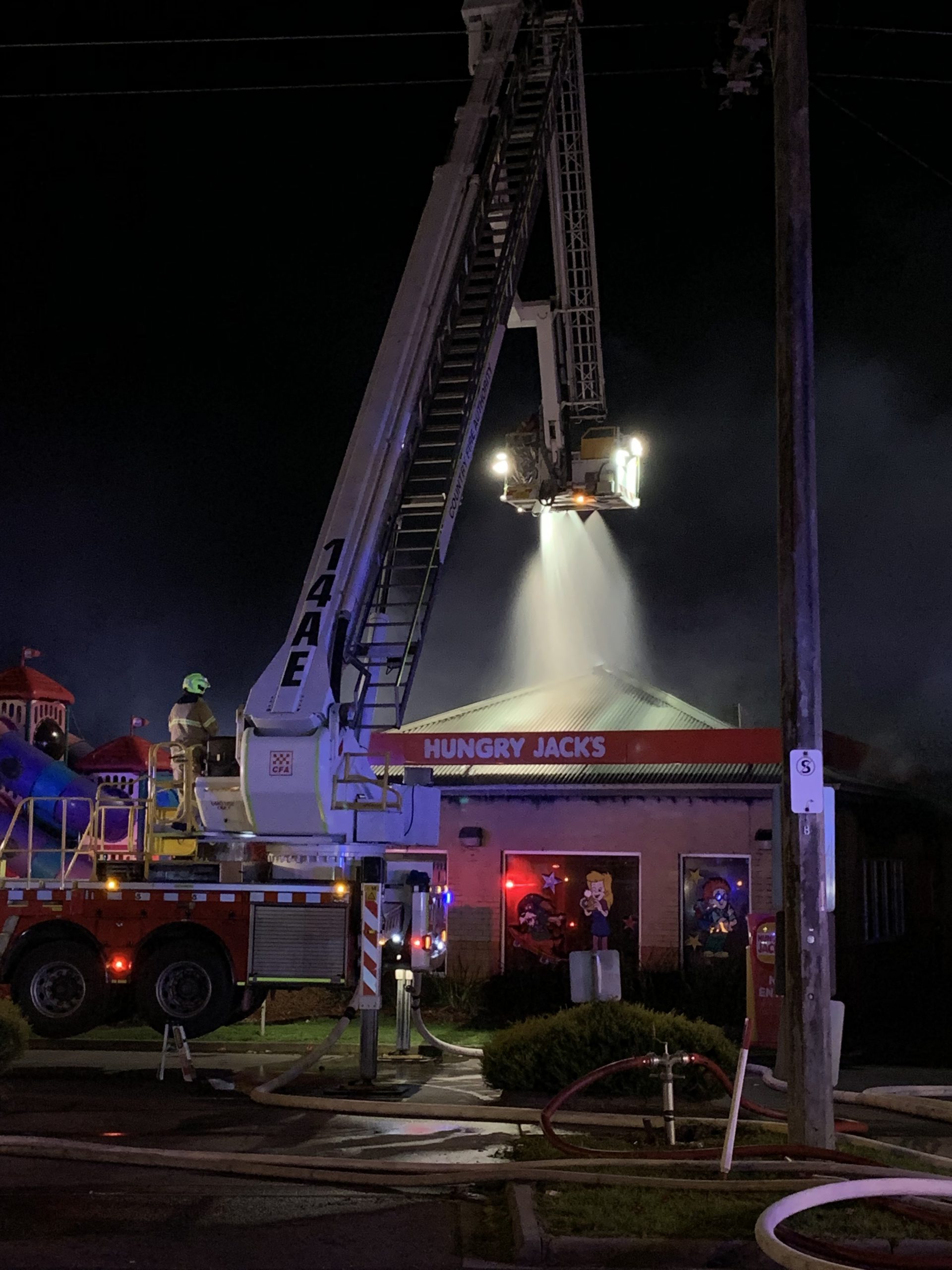 Seven fire trucks responded to a structure fire at a Traralgon restaurant last night after the kitchen caught fire.

Emergency services were called to Hungry Jack’s, located in Argyle Street, at about 7pm.

The fire spread to the roof of the premises and was brought under control just after 7:40pm.

About 20 people were safely evacuated from the restaurant, however, ambulance services on scene treated one man for smoke inhalation. The man was transported to Latrobe Regional Hospital in a stable condition.

The Country Fire Authority believe the fire was caused by a deep-fryer.

Traralgon South resident Sue was dining at Hungry Jack’s at the time of the fire began.

She said there were a “decent amount” of people in the restaurant and she was not alerted to the fire until a “young” staff member asked her to evacuate the building.

“I was facing the opposite way so I wasn’t aware there was a fire until someone came up to me and told me I had to evacuate,” she said.

“[The staff] were very good. They were checking the toilets.”

Maria and Tiffany Keane live next door to the Hungry Jack’s restaurant and said emergency services kept them well-informed about what was happening.

“I heard the trucks and said ‘Tiffany, there is something going on outside’,” Maria said.

“I had a look out the window and said ‘Tiffany, it is next door’.”