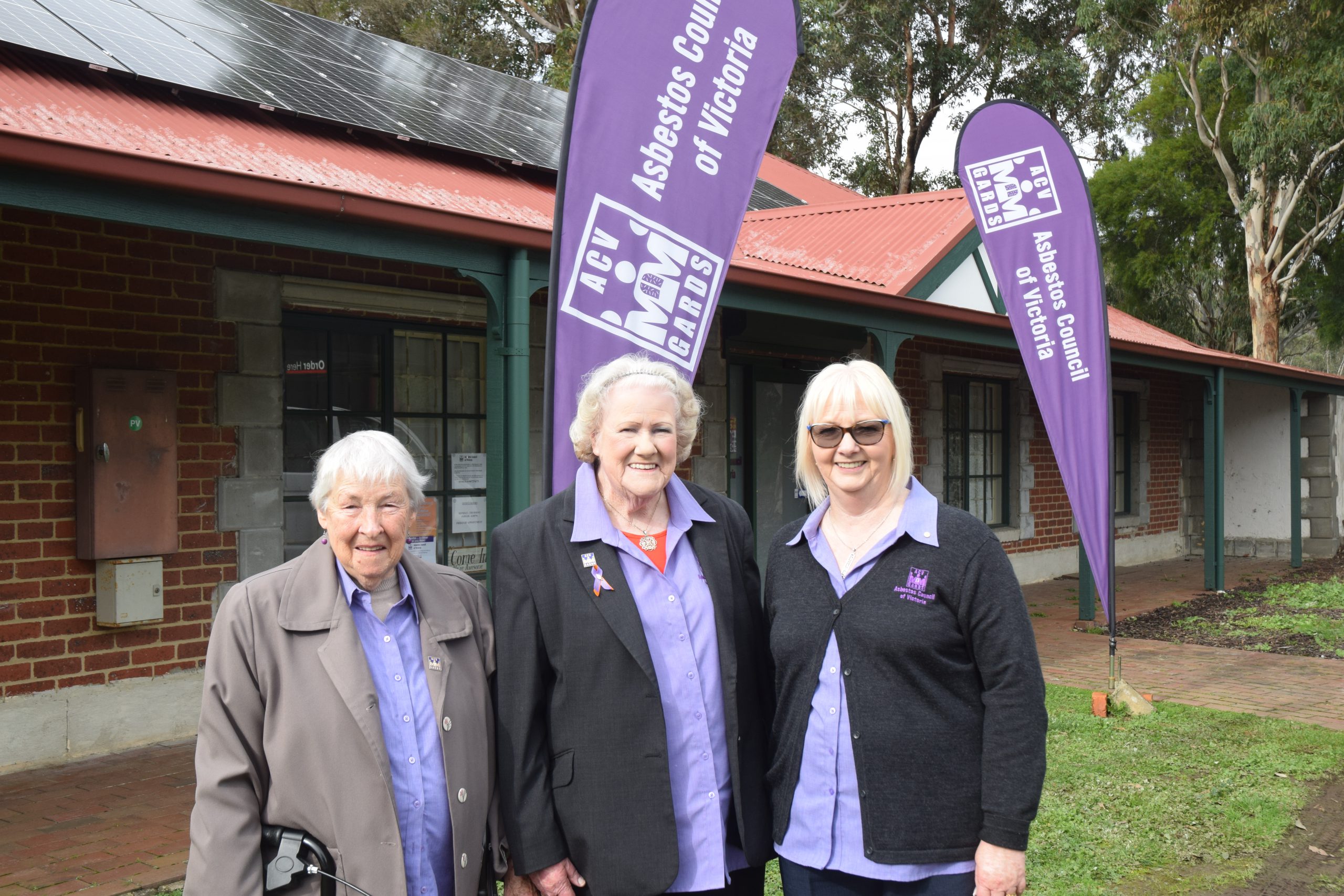 An advocacy group which provides vital services and support to people exposed to asbestos has officially opened its new centre with a visit from Regional Development Minister Jaclyn Symes.

For years Asbestos Council of Victoria/Gippsland Asbestos Related Support group was recognisable on Monash Road, Newborough, but due to soaring rent, the group was forced to find a new location.

In a tale of two community groups working together to benefit the community, ACV/GARDS struck a deal with Old Gippstown at Moe to use a disused building at the park at a reduced cost.

The new centre boasts a number of benefits including more space to conduct private counselling sessions with people affected by asbestos-related diseases and an easier-to-access location, the group’s chief executive Vicki Hamilton said.

The unveiling of the new centre came less than a month after two men working at Jeeralang Power Station were “showered” with asbestos – unionists claimed – before ACV/GARDS organised counselling for the workers.

“It’s a thing that is specific for the people we look after and it’s very welcoming here. It’s easy to find and it just fits the bill so well for us,” Ms Hamilton said.

“It actually has allowed us to have two-to-three families or people affected that come in here looking for some counselling or support and information, that we can split them up … and have them totally separate.”

More than 50 people attended the opening of the new ACV/ GARDS facility located on Lloyd Street, just off the first eastbound freeway exit near McDonalds and Old Gippstown.

Ms Symes said the government was pleased to assist the organisation with the relocation with an $80,000 grant through the Latrobe Valley Authority.

“New bathroom, new flooring, new heating and cooling in this facility is making it a lovely home for GARDS in the future,” Ms Symes said.

“The unfortunate thing with asbestos is that it’s not going to go away so the importance of this organisation can not be underestimated.”