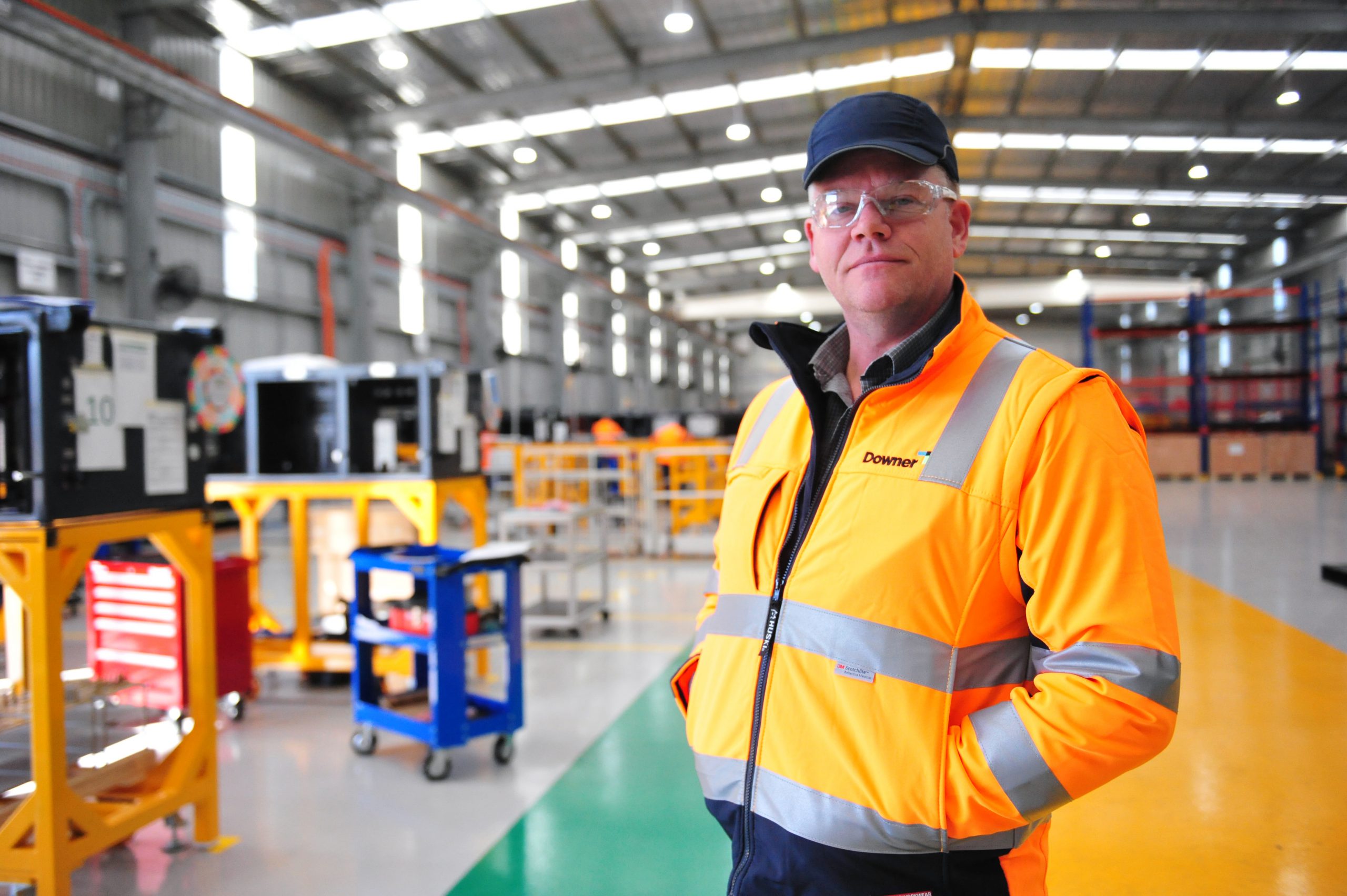 City folk who will be travelling on brand-spanking new high capacity metro trains can thank Morwell manufacturers for their ride.

The CRRC factory on Hazelwood Drive is in the midst of assembling the traction equipment needed to power the new trains and provide air conditioning, lighting, braking and battery banks.

Last year, Downer Group entered a joint partnership with CRRC to build components for the 65 new trains for the Victorian government, as part of a $2.3 billion investment.

The factory looks quiet from the outside but inside workers are assembling train sets nine and 10, after beginning production in September last year.

Downer deputy general manager Brett Purves said 700 applicants threw their hat in for the 24 positions up for grabs.

The employers put on an all-local workforce including 40 per cent females and four former Carter Holt Harvey workers.

“This says a lot about the need for stable employment in the region and the level of interest in a manufacturing venture and the need for work,” Mr Purves said.

“There are high levels of quality expected and quality assurance checks to make sure every time a module leaves here, it’s reliable.”

He said once assembled in Morwell, the traction units were sent to be fitted out in Newport, before the trains are given a test run on a trial track at Pakenham.

“If you don’t have these components, then the trains won’t run. They are an integral part of the HCMT project,” Mr Purves said.

“There are similar trains around the world, but this is a lightly new design.”

Initially, the new trains will run on the Cranbourne and Pakenham lines and through to Sunbury when the Metro Tunnel opens.

Mr Purves said he expected the HCMT project to run until 2023 but the Morwell factory has a long-term future for the Latrobe Valley.

CRRC Morwell general manager Rod Yang said the company was pursuing other projects to keep up production and CRRC group was also planning a wind turbine generator factory in Morwell.

“All the workers are keen for this to keep running for a long time,” Mr Yang said.