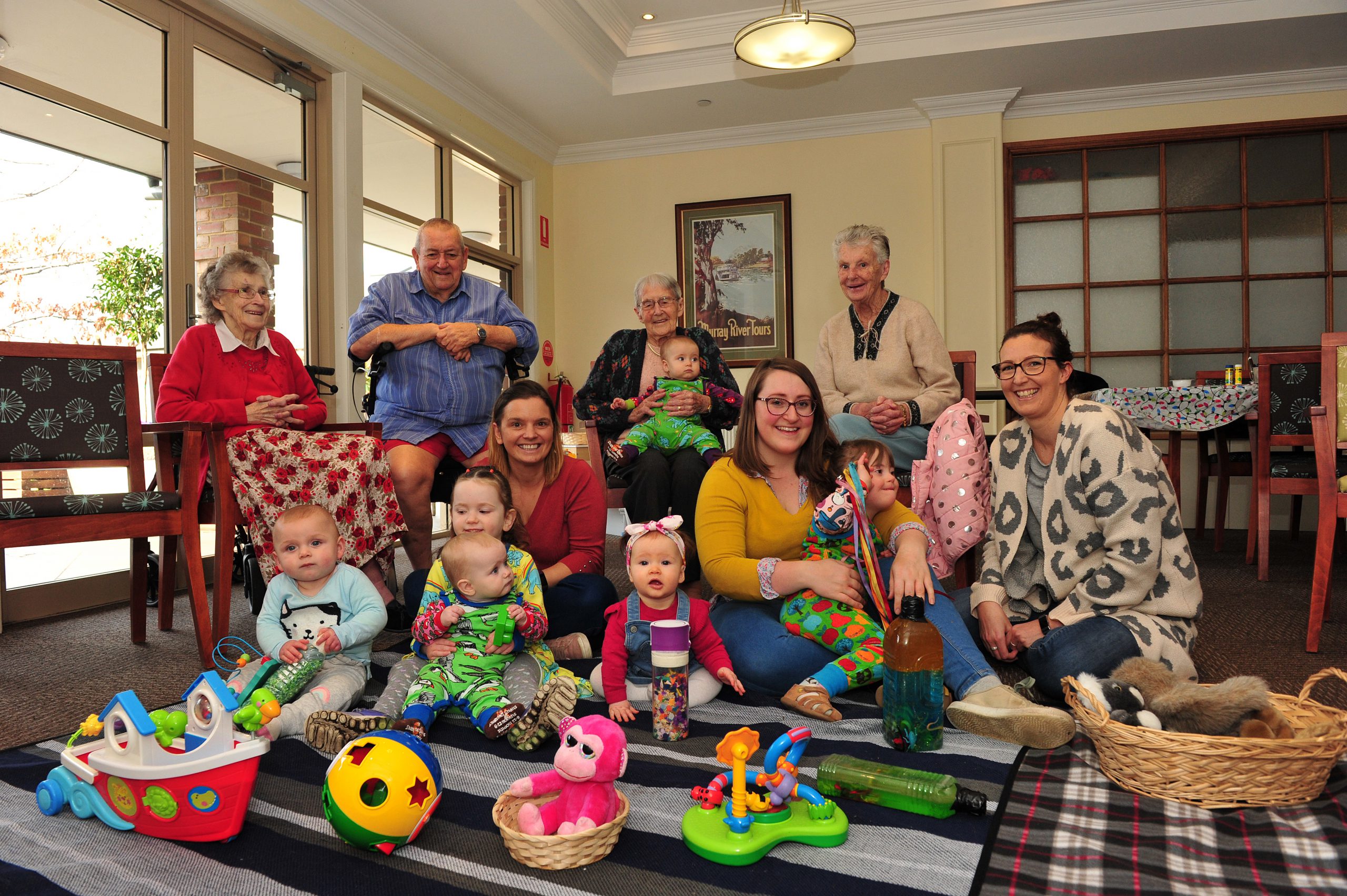 The sounds of babies cooing, children dancing and laughing and mothers swapping stories are not the typical noises one would find at an aged care facility.

However, every Tuesday morning a group of mothers and their young children descend on BaptCare’s St Hilary’s Community residential aged care in Morwell to take part in a playgroup with a difference – namely that St Hilary’s residents form part of the playgroup as well.

Around the same time as being challenged to think of out-of-the-box ideas for council’s supported playgroups, Ms Osborne was devising strategies to help her mother, a St Hilary’s resident, develop strategies to manage dementia.

Ms Osborne found she had to tap into her early-learning knowledge to develop strategies to help her mum manage dementia, which gave her the idea.

“I was thinking about the benefits of intergenerational play, and it has those warm and gentle interactions, so [the playgroup] ticks all of those boxes for both residents and the children,” she said.

“Some residents don’t have grandchildren, or they live very far away … so it gives the residents an opportunity to spend some time with the children.”

It is not just the residents, however, that reap the benefits of the intergenerational group.

“It benefits the mums as well – they might not have their mums, so the residents can act as a surrogate grandma,” Ms Osborne said.

“It’s the idea of an extended family … that sense of belonging and identity.”

Cynthia and her daughter Alanna attend the group every week.

Without any family nearby, Cynthia said the playgroup was an important part of her support network in the Latrobe Valley.

“It is a breath of fresh air … my family live too far out and this is my support network,” she said.

“Alanna goes to all of [the residents] – she just likes being out of the house.”

Betty, a resident at St Hilary’s, has grandchildren not too far away, but tries to attend the playgroup every week.

“I love children, especially these little ones,” she said.

“I just come and sit here and watch them.”