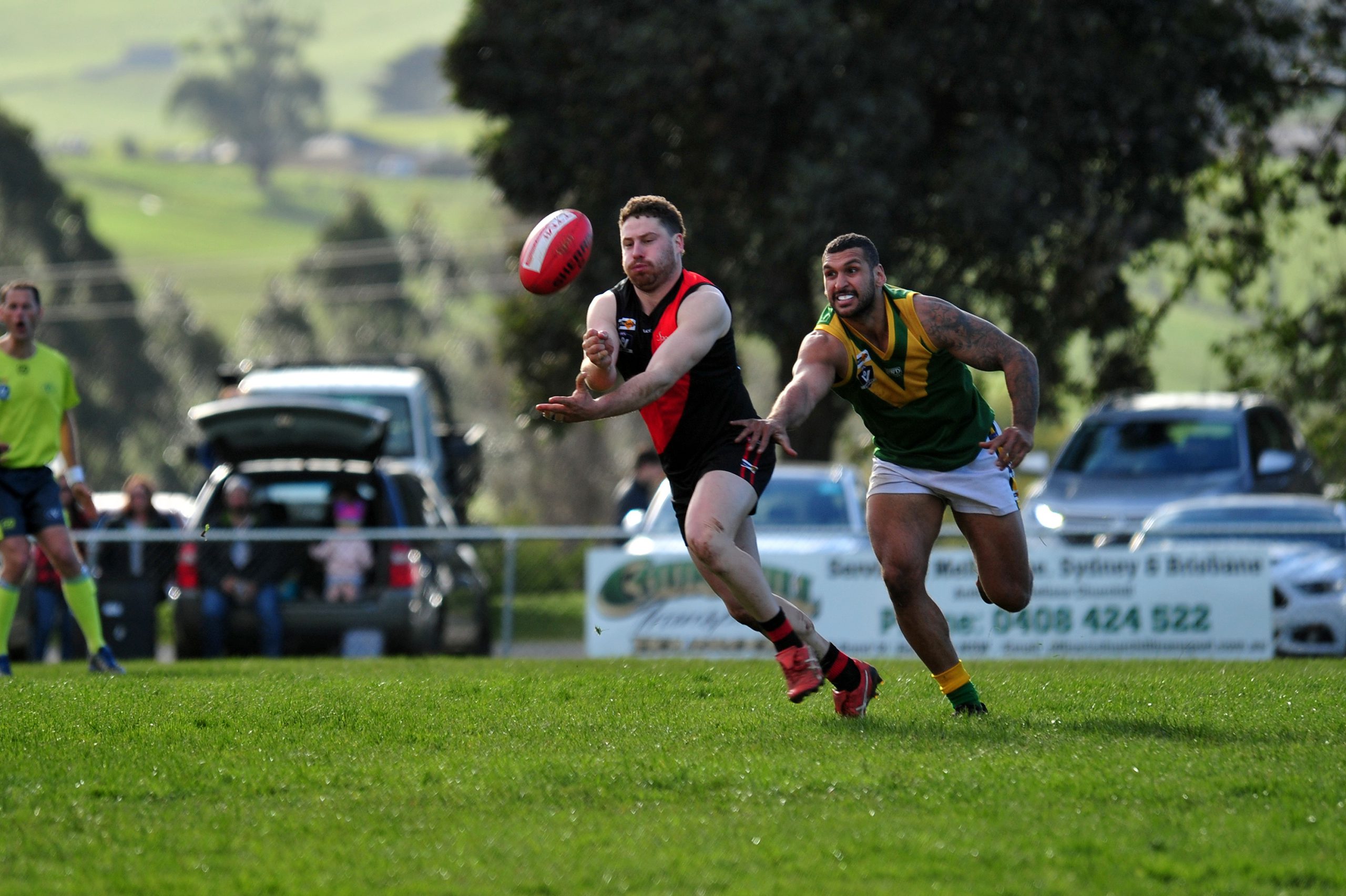 Yallourn-Yallourn North did the job they needed to do with a workmanlike performance against a gallant Hill End, winning through to the MGFL grand final with a 14.19 (94) to 9.8 (62) win.

It was crucial that the Rovers kept in touch with the Bombers in the early minutes and that’s exactly what they did, appearing to relish the step up to another level of finals pressure against a team that is unbeaten and possibly unbeatable.

At quarter-time scores were close but the underdogs had established a slender lead of three points courtesy of a favourable stiff breeze.

The Bombers’ machine started to click into gear in the second term as the big guns up forward also started to fire.

Keenan Hughes and Dean MacDonald were close to unstoppable and finding goals at times with ease. Between them they would finish the day with five and four goals, respectively, and prove to be the difference.

In 30 minutes Yallourn-Yallourn North turned a three-point deficit into a better than five-goal half-time lead.

It would also prove to be the difference at game’s end.

“[It was] a hard-fought game, very tricky in the windy conditions to play the style of game that we want but we adapted pretty well,” Bombers coach Barrie Burnett said.

“Hill End were hard at it and made us earn everything we got. They didn’t give up and pushed hard all day [and] it was a real good arm wrestle in the middle.

“James De Veriglio was a standout through there for us. The big forwards were great and [Dean MacDonald] kicked a goal that everyone at the ground won’t forget for a long time.”

Hill End coach Mike Santo said his side was “up for the fight in the first quarter and had more scoring shots with the breeze”.

“They had a 10-minute patch with the wind where they dominated us. Keenan [Hughes] and [Dean MacDonald] both kicking impressive goals from tight angles, they continually launched it long into attack then forced us to exit the dead side which trapped the ball in their half,” Santo said.

Before the Rovers they can turn their attention to that first weekend in September they need to find something special for a preliminary final test against Mirboo North this weekend.

Mirboo North bounced back to their best with a comprehensive victory over Morwell East yesterday, 11.8 (74) to 7.7 (49).

The Hawks were keen to poke the Tiger early in this must-win first semi-final in the hope that some lack of composure under pressure on Mirboo North’s part could be exposed to their advantage.

What they wanted and what they got, however, were miles apart as the more experienced Tigers streamed ahead early in the match and applied pressure at the body, in the contest and on the scoreboard as they jumped out to a healthy quarter-time lead of 19 points.

The break couldn’t have come quickly enough for Morwell East coach Devon Soutar as he attempted to settle his team and inspire them to respond in the second term.

Morwell East had stopped the rot but couldn’t impact the scoreboard despite starting to look a little more comfortable in the pressure of finals.

A 22-point point margin at half-time didn’t spell the end but the Hawks were starting to find themselves in dangerous territory.

The third quarter was always going to tell the story for what could be expected in the fourth and final term and it was to turn into a horror read for Morwell East fans.

Mirboo North lifted to another level after the major break, increasing their lead to an insurmountable 45 points.