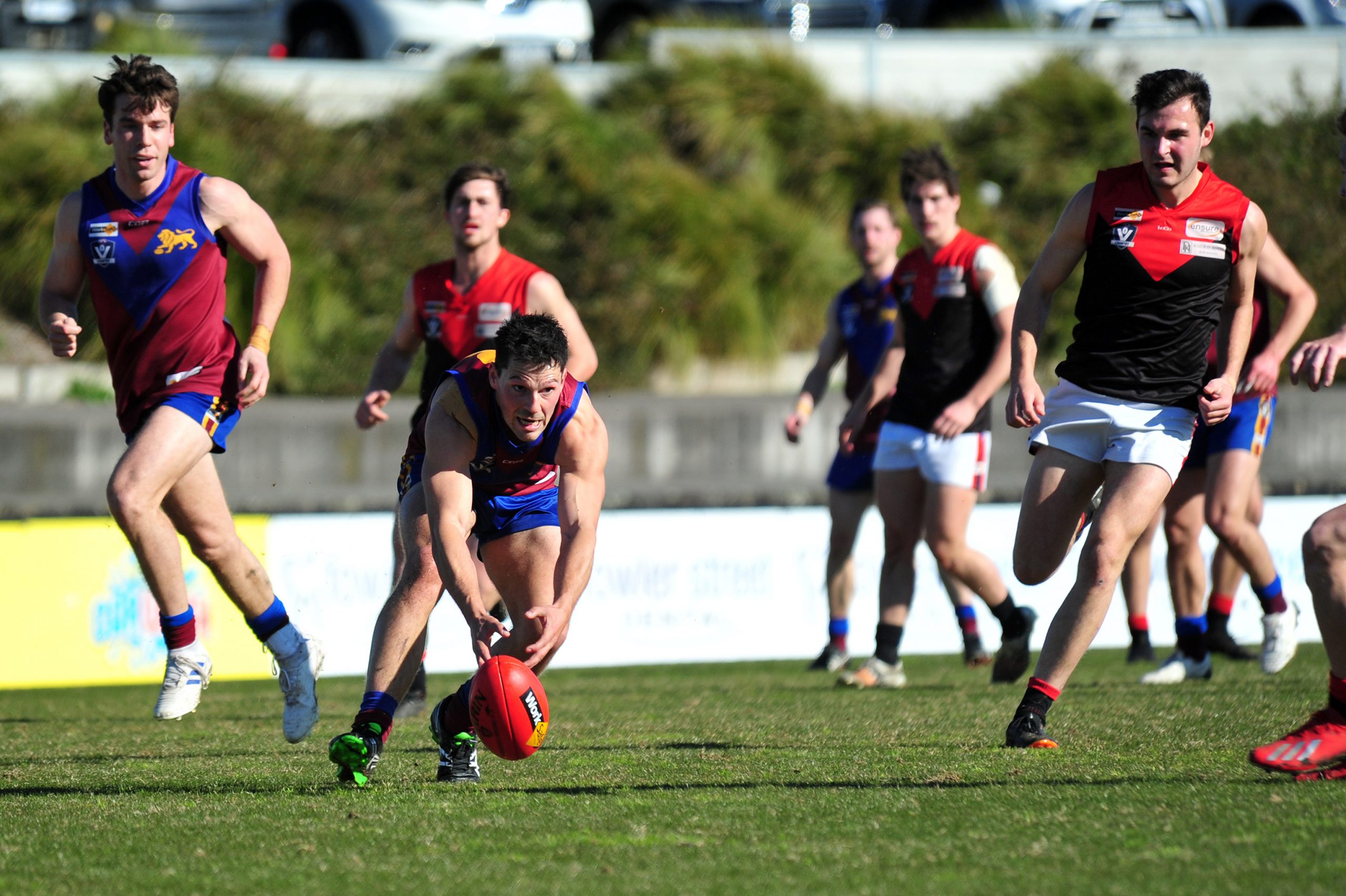 Maffra have taken out the minor premiership in the Gippsland league senior competition, finishing atop the table and earning a straight run through to the second round of the 2019 finals series.

Defending premiers Leongatha finished a game off the pace in second after a thumping 90-point win over Bairnsdale to set a date with Sale who finished in third by the skin of their teeth after a one-point win over Morwell, in the qualifying final this weekend.

Moe fended off Warragul in their final round of the season proper to seal fourth spot and will go into the do-or-die elimination final against Drouin as hot favourites after finishing five games clear of the Hawks.

It was slow going for both teams in the first quarter, the home side with the only scores of the term – one goal and one behind to lead by seven points at the first break.

The Gulls appeared to be in trouble when the Lions scored the first two majors of the second term through Ash Dugan and Lachlan Macleod, but answered with back-to-back goals in the space of two minutes to be back in within striking distance.

Dugan goaled again late in the second and was followed by Dylan Farrell to give Moe a 22 point lead before a Kim Drew goal near the siren helped Warragul limit the deficit to 14 points at half-time.

The second half got underway in much the same as the first, a scoring stalemate lasting 14 minutes at the restart until Matthew Ross found the big sticks for the visitors.

Brad Hefford and Tom Kelly followed suit in the closing stages of the quarter as Moe, without scoring, relinquished their lead to level scores at 39 points-apiece at the last change.

Kelly goaled again to start the fourth quarter to put Warragul five points up but an inaccurate Lions side – with seven behinds in the last quarter – ran home to victory thanks to late goals from Mitch Stanlake and Macleod for his second.

Moe will meet Drouin in the elimination final on Saturday.

Traralgon didn’t lose any fans in their final hitout for the season, putting up a valiant fight against Maffra before being outdone by the eventual minor premiers, 11.17 (83) to 11.10 (76).

The Eagles appeared to gain the upper hand in the first term, piling on four goals from 12 scoring opportunities to the Maroons’ three to lead by 19 points at quarter-time.

They found their kicking boots in the second but so too did Traralgon, adding four goals to Maffra’s three to win the term on the scoreboard and cut the margin to 16 points at the main break.

The Eagles won the third quarter by a single point to extend the buffer marginally to 17 points before a last-term comeback from the Maroons.

Twenty-nine points down mid-way through the final quarter, the home side scored three unanswered goals and four behinds to fall seven points short at the final siren.

Jack Johnstone, in scintillating form ahead of the post-season scored six goals on the back of seven last week for the Eagles in the win.

Maffra finished atop of the ladder and have earned a week’s rest before the semi-finals in a fortnight.

The home side was inaccurate on goal in the opening stages but did enough to earn an 11-point lead at the first break with one goal and six behinds to the Tigers’ lone point.

As if shocked into action Morwell came out firing after the break, piling on five goals while holding the Magpies to just two points to steam ahead by 21 points at half-time.

The tide turned drastically again in the third, the Tigers’ form seemingly coming to a screeching halt as they were held scoreless while Sale added four goals and six behinds to hit the front by 11 points at the last change.

A five-goal last quarter wasn’t enough for Morwell to snatch an upset win, the Magpies holding off to win by a solitary point.

Sale have earned a second chance with their third-place finish come finals and will face Leongatha in the qualifying final this weekend.

The Parrots had the game all but won by quarter-time after piling on nine goals and seven behinds to establish a 53-point lead.

The margin stood at 110 points at the last change but the Redlegs regained some dignity with seven goals in the fourth quarter to limit the damage to 90 points.

Chris Dunne bagged four goals for Leongatha in the win and a trio of others – Cameron Olden, Nick Nagel and Cade Maskell – kicked three each.

Leongatha will face Sale in the qualifying final this weekend.