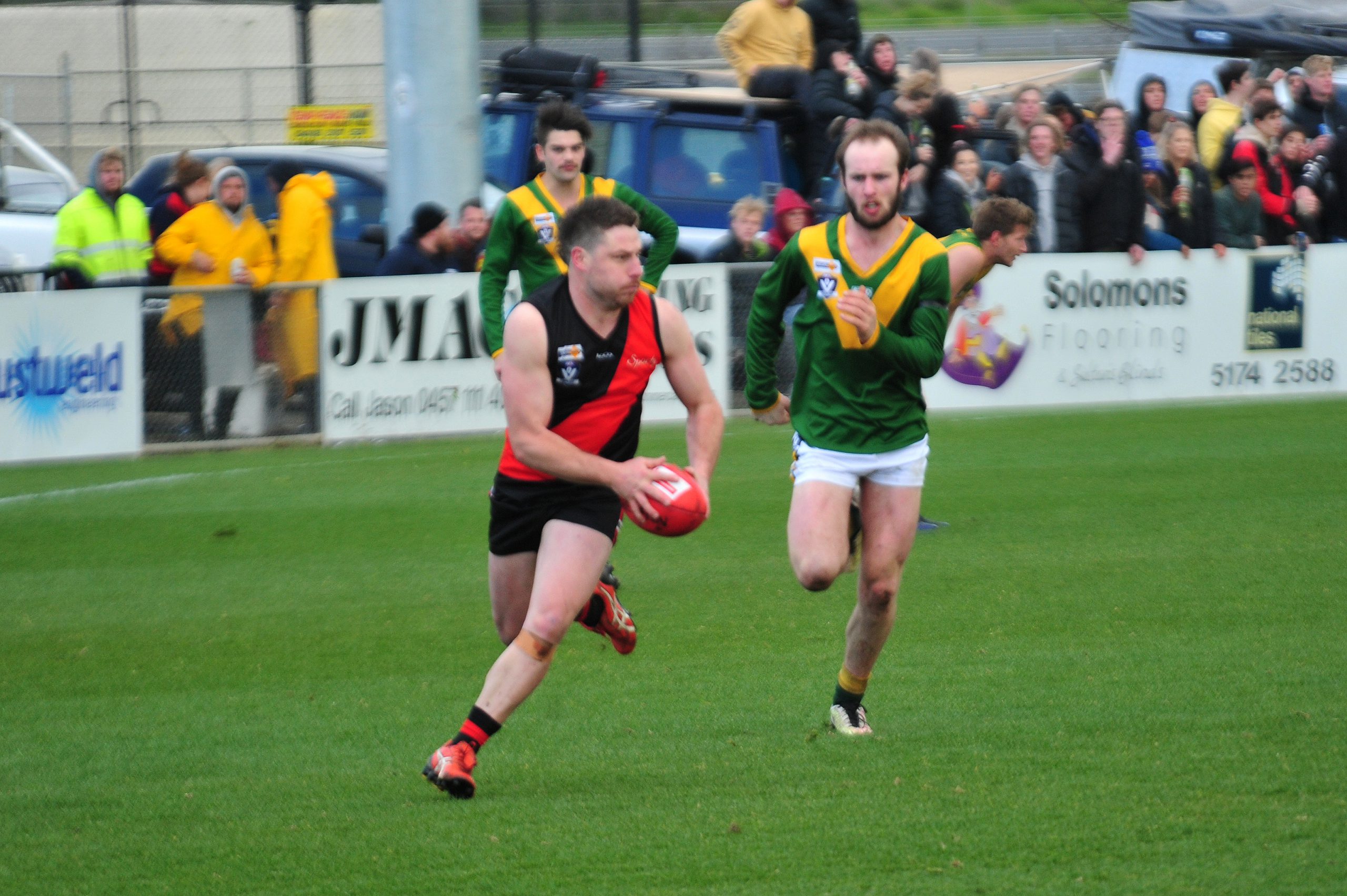 The potential move of two clubs to the Mid Gippsland Football League has been knocked back by the Alberton Football Netball League after its executive decided not to grant their applications to exit the competition.

Stony Creek and MDU have been blocked from joining the Mid Gippsland Football League (pictured) by the Alberton League. file photograph

Meeniyan Dumbalk United and Stony Creek both applied to join the MGFL in late August and were accepted earlier this month, however, the Alberton league executive rejected their applications to leave.

MGFL publicity officer Rob Popplestone said the league had “offered a solution to the Alberton league’s problem by accepting both applications it received”.

“We had set up a working party specifically to determine applying clubs would not only complement the MFGL but also assist in strengthening it,” Popplestone said.

“The criteria included, but was not limited to, a strong focus on junior development, netball, financial and volunteer support.”

Had the move gone ahead, the MGFL would have become an 11-team competition with the addition of MDU and Stony Creek, while the Alberton league would be left with four clubs.

Last year AFL Gippsland proposed the two leagues merge, however, the MGFL objected, fearing a fully amalgamated competition would mean a drop in ability to attract players and coaches and increased travel times for some of its clubs.

The MGFL has maintained it is open to accepting some Alberton league clubs but not all six.

Stony Creek was notified by Alberton league officials by email on September 9 that its application to leave the competition had been denied.

In its email to the club, the league said as previous applications from clubs to transfer had been refused, a transfer to Mid Gippsland would leave AFNL with a five-club competition which was “unsustainable” and would result in the “other AFNL clubs without a league to compete in”.

“For the last three years they have said if any club wanted to go and they thought it was in the club’s best interest, they wouldn’t hold them back and they’ve gone back on their word,” he told The Express.

The AFNL has disputed this.

After the Ellinbank league rejected the applications of all six Alberton clubs to join the competition earlier this year, Stony Creek unsuccessfully appealed the decision with AFL Victoria.

The club was then advised by AFL Victoria it had “used up its one appeal”, according to Le Page.

Despite the “roadblock”, Le Page said the club “will move hell on earth to get to Mid Gippsland” in time for season 2020.

“As far as we’re concerned, we’re going to get into MGFL next year. The MGFL has been good to us and that’s our goal,” he said.

MDU president Jason Harris said his club was similarly “disappointed” with the outcome.

He said the club was in the process of lodging an appeal with AFL Victoria.

“For our club moving forward it’s very, very disappointing because we don’t see a future in the Alberton league,” Harris said.

“The Alberton league changes their mind all the time about what’s going on.”

However, Alberton league president Barry Stride said “the board has not caused this situation”.

“It’s not the fault of the board and I’m sick and tired of people throwing stones at the board,” Stride said.

He also said that at no stage had the league veered from its initial goal to find a home for all six teams.

“All the way along the Alberton league has stated that if the six clubs are accepted by a particular league, nobody would stand in their way,” he said.

“We have a duty of care for the six clubs, not one or two or three clubs.

“We can’t just allow one club to go to another league and leave us with five. We can’t allow two and leave them with four, and it’s already been stated that if it was to the detriment of other clubs, we would not agree to a transfer.”

Stride also expressed his “disappointment” with the MGFL, accusing it of “patting itself on the back without understanding what’s going to happen to the other clubs”.

AFL Victoria said the two teams were “in different circumstances”.

“Stony Creek have used up their appeal for the year, while MDU still have a right of appeal remaining,”a spokesperson said.