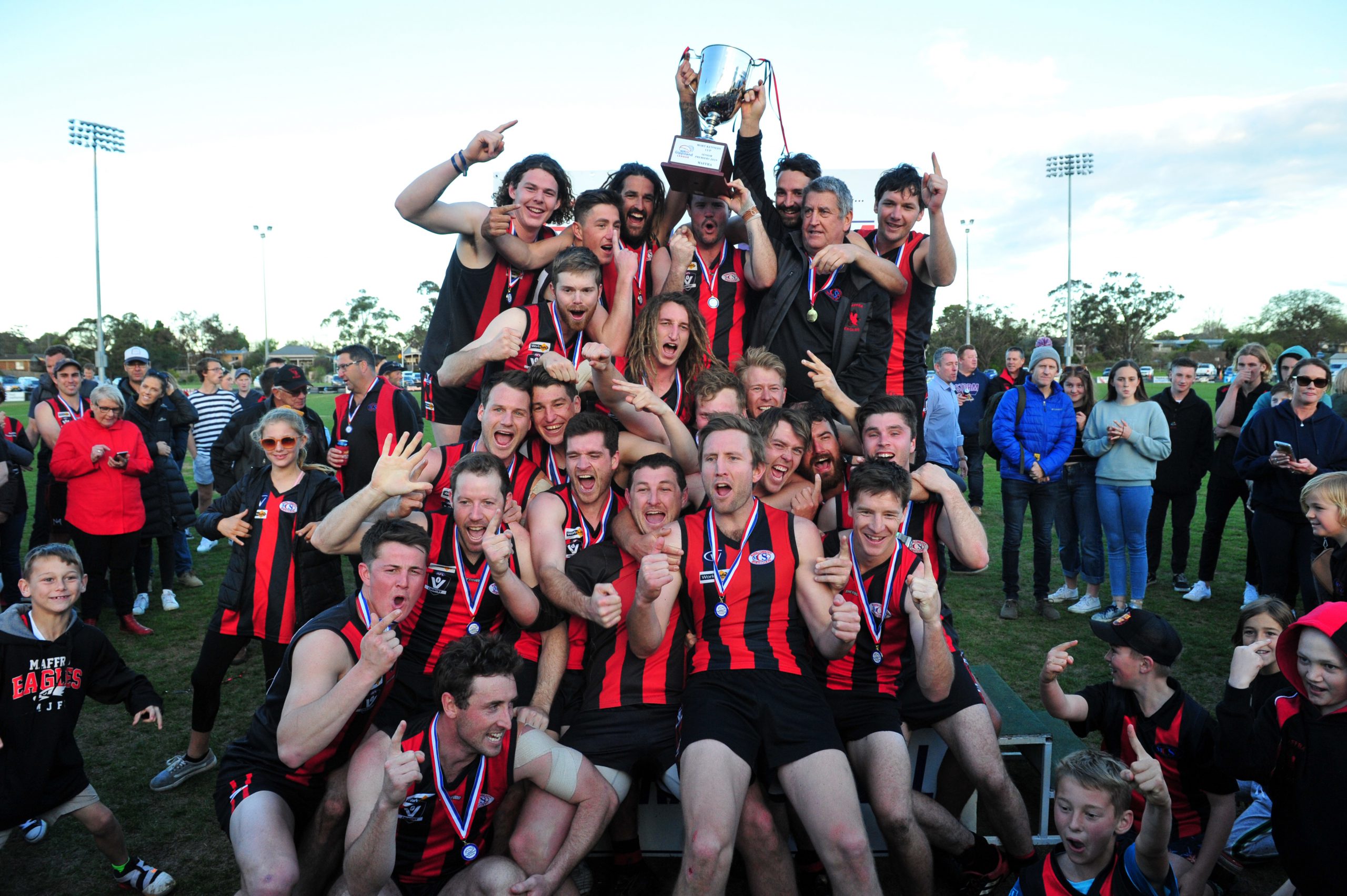 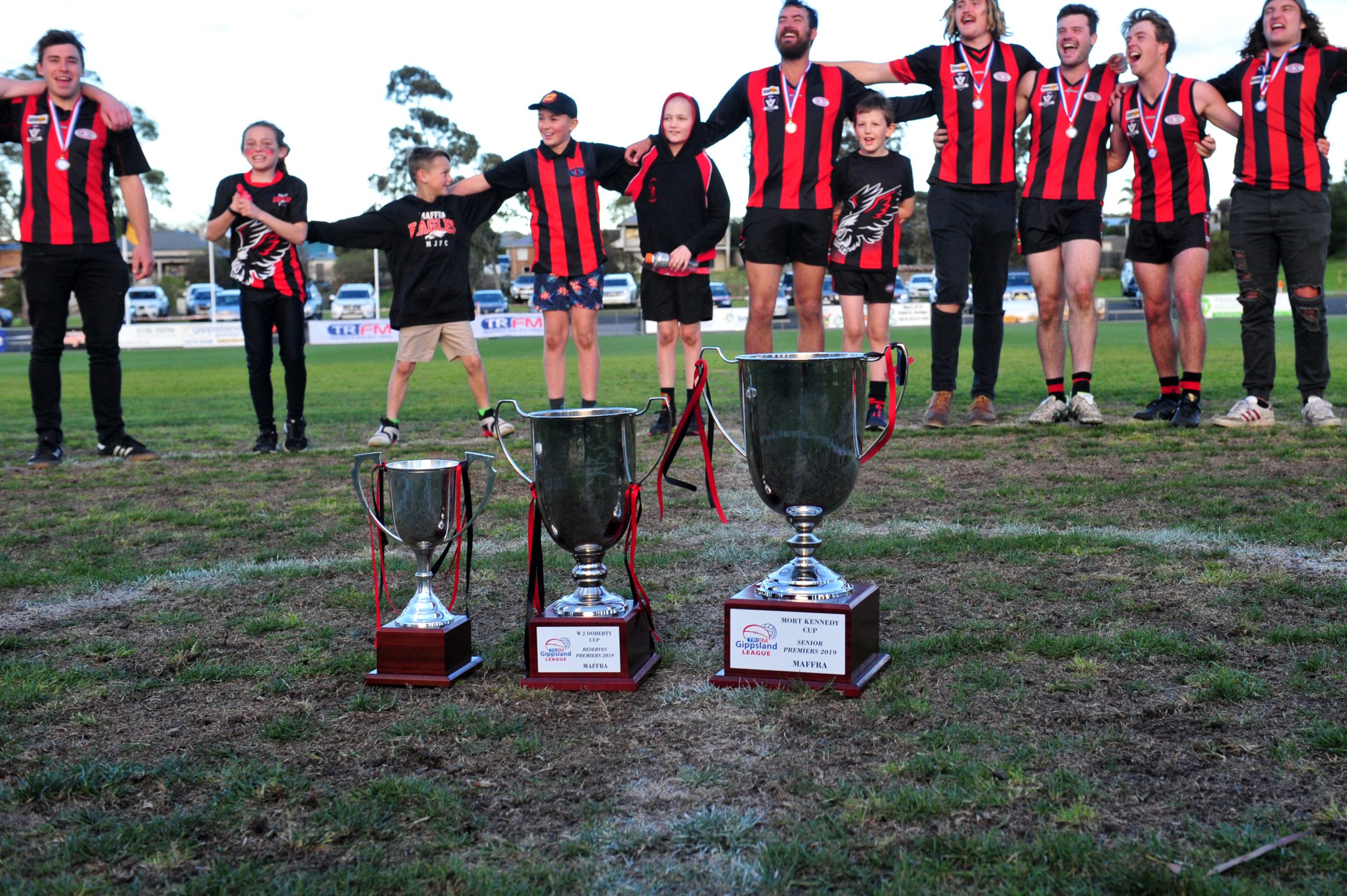 Another chapter in the rivalry between Leongatha and Maffra has been written into Gippsland league history with the Eagles fending off a late Parrots comeback to snag the 2019 flag, 10.10 (70) TO 9.8 (62).

“They’re a great side, we’re a good side and it would have been disappointing if we had have lost today.

The Eagles had complete run of the play in the opening stages of the game but had nothing to show for it by quarter-time with six behinds to Leongatha’s no score.

It was the Parrots who pounced nine minutes into the second term for the first major of the day through Cam Olden before quickfire back-to-back goals from mercurial pair Danny Butcher and Mitch Bennett gave Maffra an 11-point lead.

Leongatha answered with consecutive goals of their own but John Butcher had the last laugh with the last score of the half to give the Eagles a three-point lead at the main break.

Down by 15 points at the last break, the Parrots had a mammoth task ahead of them and rose to the occasion.

But two late goals on the back of some clean play to Bennett and one to Sam Pleming helped the Eagles stave off the comeback and seal the premiership.

“We looked gone there for a little while in the last quarter and we just came back,” Butcher said.

“At three-quarter-time I said I just wanted them to give 30 more minutes, I said to them these last 30 minutes are the toughest and that’s exactly what they gave me.”

Mitch Bennett finished with five goals for Maffra and took out the Stan Aitken Medal for best on ground while John Butcher took out the AFL Victoria Medal.