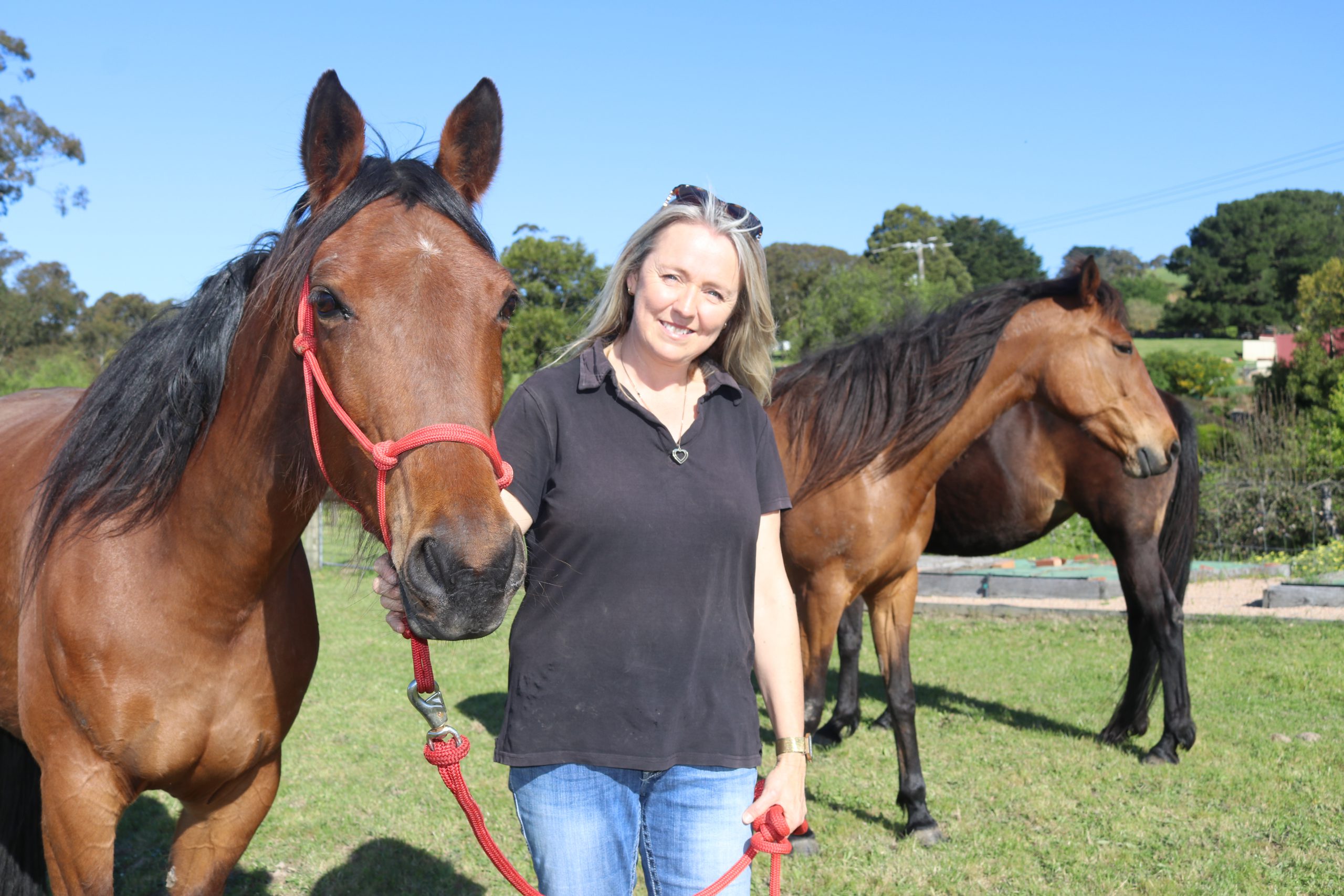 Yarragon horsewoman Lisa Clydesdale is adamant that her retired harness racehorse Lizzie will have a home for life with her as a pleasure mount.

The 10-year-old standardbred mare- registered as Elizabeth Bromac – was retired from the Gippsland Harness Training Centre in Warragul due to leg issues which made her unsuitable for racing.

Lizzie was rehomed under the Harness Education Rehoming Opportunities program, a Harness Racing Victoria and state government initiative for standardbred trotting and pacing horses – often the forgotten face of the racing industry.

Ms Clydesdale said she was seeking a quiet horse to regain her confidence to return to riding as an adult and found Lizzie through an accredited HERO trainer, Mariah Lakeman from Moe.

“I had a look at Lizzie and there was no question. I love her temperament. This horse will die here and she won’t leave my property,” Ms Clydesdale said.

According to industry annual report figures, more than 3800 standardbreds were foaled in Australia in 2017-18, and another 11,100 Thoroughbreds were registered in Australian in the same period.

The flat racing industry announced this week that Racing Victoria is committing $25 million for a plan dedicated to post-racing well-being for Victorian thoroughbreds.

The Queensland government has launched an inquiry into the treatment of retired racehorses and the Animal Justice Party has called for a similar national inquiry following concerns over the numbers of horses being bred each year.

Ms Lakeman has built up relationships with particular trots trainers keen to offer her horses off the track to retrain to saddle.

However, she acknowledged that more could be done in an industry facing a growing tide of public criticism over equine welfare, as horses are still ending up at the saleyards to an uncertain fate.

“I think there needs to be more funding for more programs to organise rehoming off the track horses, this could be done through other organisations like pony clubs,” she said.

“Through HERO, horses are registered through the program and the new owner has to sign a contract letting HRV know if they rehome it.”

Ms Lakeman said she has seen her charges head off into showjumping, showing, trail riding and polo cross homes.

She said the most difficult part of training a harness horse to saddle was letting the horse accept someone sitting on top of them, rather than from behind them in the sulky.

“Standardbreds are mostly very quiet and forgiving horses and they can do anything and once they know what you are asking of them, they can do it,” Ms Lakeman said.

“Most of them take it after one or two sessions. It takes about six weeks depending on the horse as they are all different, and it’s wonderful to hear stories about their new homes.”