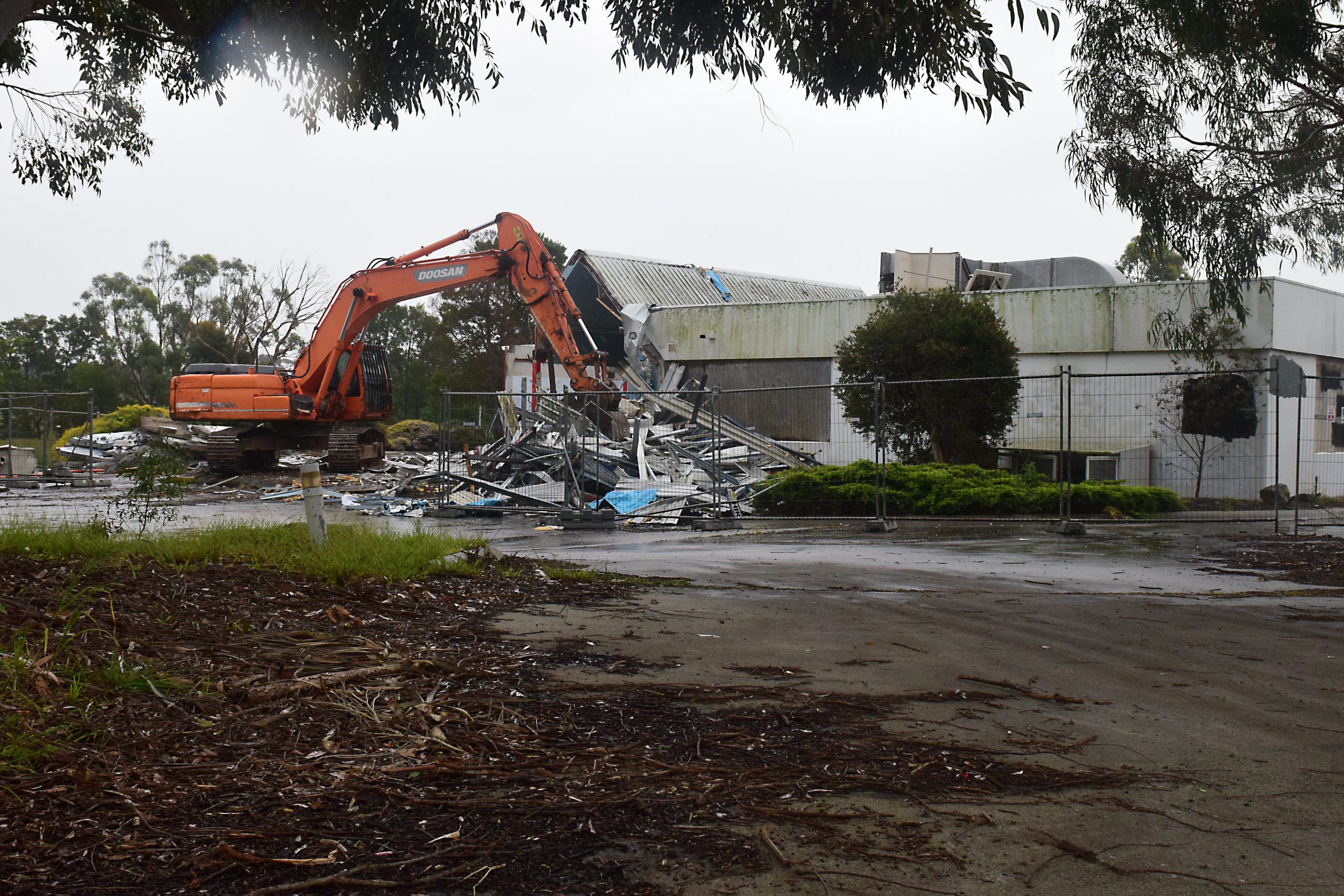 Churchill residents are breathing a sigh of relief that a long-standing town eyesore on Monash Way has finally been knocked down.

United Petroleum has demolished dilapidated buildings that sat derelict for the past decade on an old service station site it owns on the corner of Monash and Acacia ways.

Member for Morwell Russell Northe described the outcome as “fantastic news” after the community had pushed to have the buildings demolished.

However, he said it was “extremely disappointing” that it had taken this long.

“It will be a mighty relief for those who reside in Churchill and love their town. There were a lot of Churchill people dedicating time and effort over the years to advocate removing this building,” Mr Northe said.

“It’s pleasing to see their hard work has resulted in the demolition of this building.”

The MP headed a community campaign to clear the site and circulated a petition that attracted 2000 signatures.

He said he had been frustrated with the company’s vague responses about its plans for the site or for demolition.

“Future uses for the site is a matter for the owner of the property, but we need to make sure the property is properly maintained until United decides what to do with the site,” Mr Northe said.

“This is an important site for Churchill because it sits on the gateway to the township and I’m sure the Churchill community will welcome some new investments and infrastructure to represent the town.”

The old servo was on Latrobe City Council’s dilapidated buildings register, and a differential rating scheme was applied in 2017.

Council officers had been undertaking regular site inspections and were issuing the company with compliance notices about the unsightly land.

Both the state government and Latrobe City were unable to intervene as the property is privately-owned.

Mr Northe said he was still going in to bat over other derelict sites across the shire, and he had contacted the local government minister to give councils more power to take action.