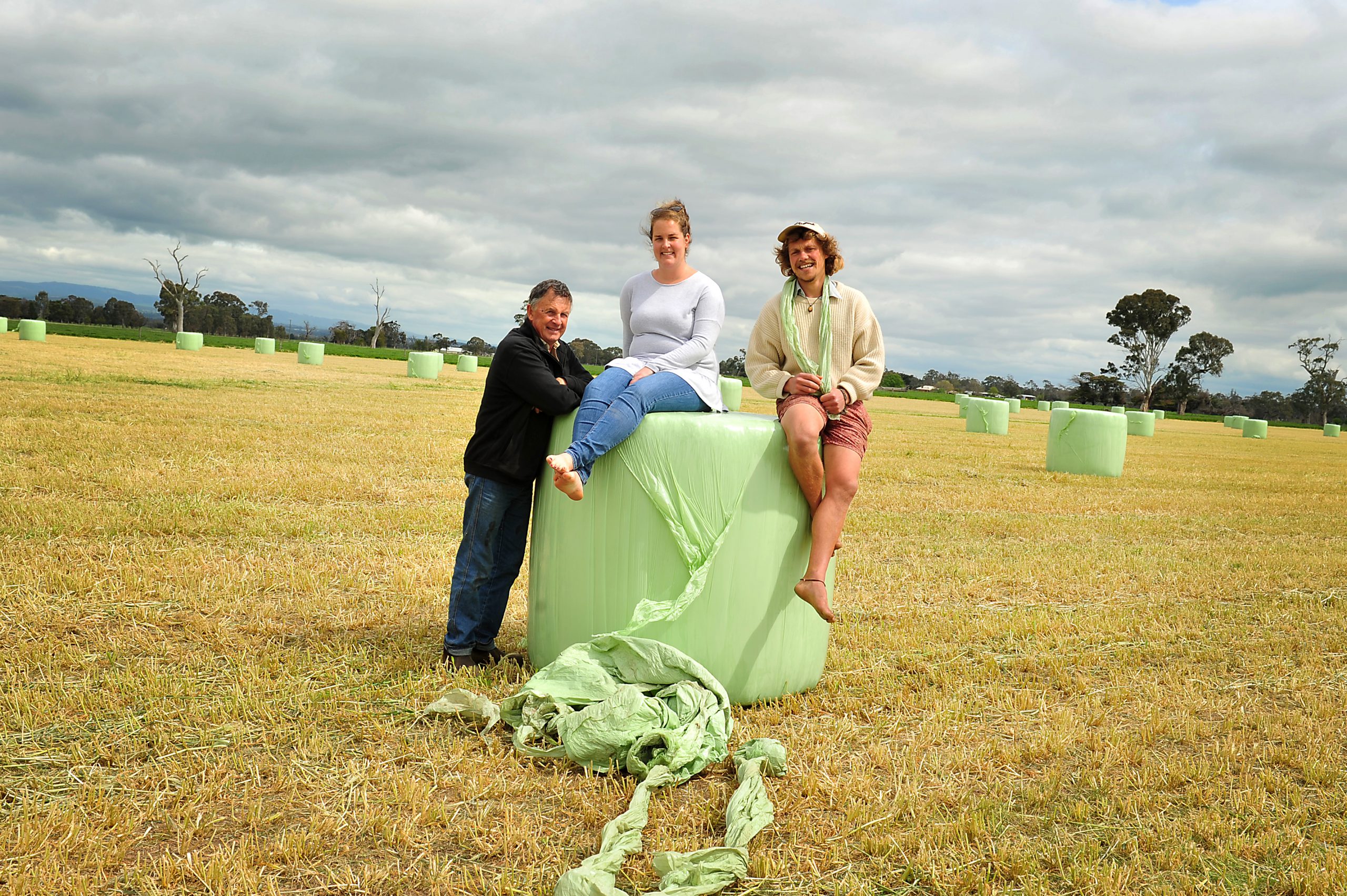 Latrobe City Council has knocked back an idea to provide a free two-month silage wrap recycling program to local farmers so they are not tempted to burn or bury the waste on their properties.

The call was put forward by Glengarry Landcare Group which had presented a petition at Latrobe City’s October meeting urging “leaders to act now to motion for the free disposal for silage wrap”.

Glengarry Landcare Group president Robin Dawson said he was disappointed with the decision, but said the landcare group would still offer a central dump point for farmers to dispose of it properly.

He said volunteers had called local silage contractors and estimated there was about 10,000 silage bales in Glengarry alone waiting to be unwrapped for next season.

“Council obviously doesn’t know the severity of the situation. This means the burning of it will continue, councillors don’t see the plumes of toxic smoke when it’s burnt,” Mr Dawson said.

Both Wellington and East Gippsland shires are offering a free silage wrap disposal service at certain transfer stations as part of a drought response.

Latrobe councillor Graeme Middlemiss said he was concerned a free program throughout December and January could create the impression that council would permanently subsidise the service.

“Why for this particular product should we take on the cost? This is farmers input cost and they should be handling it. But let’s by all means look for an alternative,” Cr Middlemiss said.

Cr Darren Howe echoed the sentiment and said council should not be taking on farmer’s own business operating costs.

Instead council resolved to work with Resource Recovery Gippsland and Federation University to find other uses for the agricultural waste product.

It will also run as a community education campaign about responsible disposal methods.

Latrobe City has stockpiled 16 tonnes of silage wrap at the Morwell Transfer Station which had been accumulated in 18 months, costing $2500 to dispose of.

Cr Middlemiss said past silage wrap recycling programs had failed as farmers had brought in contaminated products which could not be processed by a plastics recycling company in Melbourne.

However, Cr Dale Harriman went into bat for the idea, which could be funded as part of a federal government drought program, costing Latrobe City about $2000.