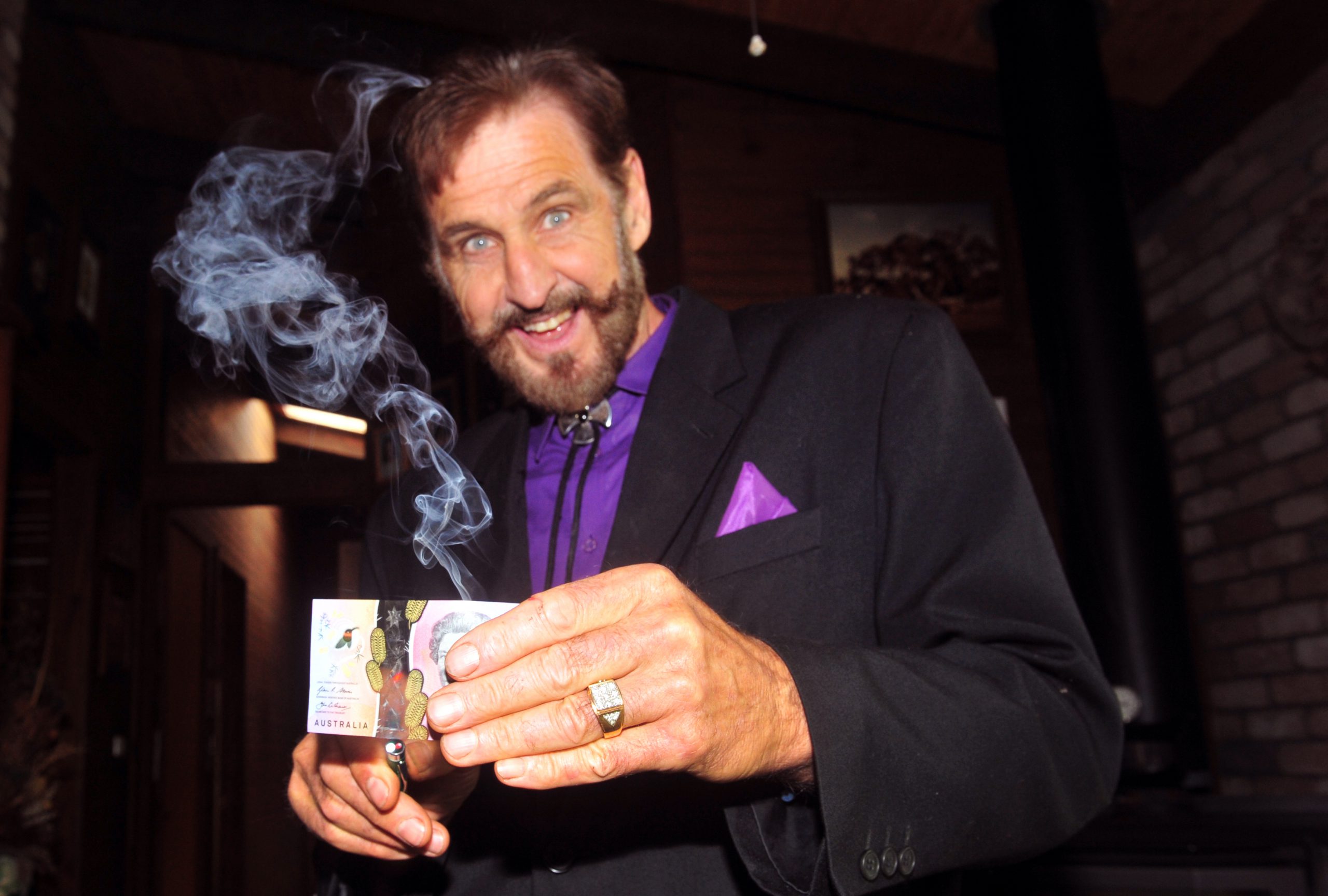 When Peter Cook was eight years old he was shown a simple magic trick involving a piece of wool and has been spellbound by its wonder ever since.

“Some kids take up stamp collecting, some play music, but I was always fascinated by magic,” he said.

“I’ve got an inquiring mind and once you’re bitten by the bug, that’s it.”

He travelled to major cities for magic conventions and was in high demand for appearances at parties and functions.

He has now retired and “pulled the pin” on performing full-time, but it’s clear the former alpaca farmer still boasts the magic touch.

At a recent convention on the Gold Coast, Peter threw his hat in the ring for the close-up magic competition “for a laugh” and came away with the top gong.

“Now that I’m retired I’m very selective in what I do and thought at the convention I may as well give it a go while I’m here,” he said.

“I was blown away when the judge said ‘you’re the winner’.”

In a field of 16 competitors, Peter won the judges over with a bag of bewildering tricks.

Tricks, he says, can be taught, but the real magic lies in stage presence and the ability to entertain.

“After I won at the convention I went up to the judges and said ‘why did you pick me?’ And they said the entertainment blew them away,” he said.

“If you give them a laugh then you’re halfway there, and that’s what my magic is about.

“All the club competitions in Melbourne I went to, I never got first prize for best magic but I always got the most entertaining act and that’s more important to me.”

The advent of the internet has taken some of the shine off traditional magic, according to Peter, who prides himself on both innovation and originality.

“Because I’m an inventor I like to invent my own tricks. All my stuff is original,” he said.

“Now you go online and a lot of the performers I watched were youngsters who did real clever stuff with cards.

“Real clever stuff, and you can’t detect what they’re doing, but it’s just not entertaining.

“I walk right out into the audience whereas most are at the tables not engaging with the audience.”

“A lot of my tricks are fairly simple to perform and not a lot of sleight of hand, but I still run through the show before I perform,” he said.

“I’m happy on the farm. I’ve got nothing to prove now.”